Learn how to deal with rejection like this Philippine Volcanoes athlete

He was rejected numerous times as a teenager, but now Steven Near is prepping to play with the Volcanoes for the SEA Games

Being picked last in gym class or getting cut from a sports team really messes you up. Not so if you’re Steven Near.

While this systemic misery is a common scenario in schools, it didn’t bother Near, who grew up in Utah and missed out a place in the junior high basketball team for three consecutive years. One would think that the perennial rejection would stop the 5’9 Filipino-German from pursuing a place in the team. Rejection, after all, is believed by many psychologists to be detrimental to anyone’s self-esteem.

“In 7th, 8th, and 9th grade, I tried out for the junior high team. I got cut every year and then through hard work and determination, in sophomore year in high school I was the only who played varsity basketball. Everyone else was cut and in 10th to 12th grade, I was a starter,” he says proudly. Fast forward to 2009, Near moved to the Philippines to play basketball when natural selection came into the picture—a slight hiccup in his citizenship at the time forced him to be dropped out of contention for potentially playing for two PBA teams.

It was a hard blow for Near but rather than sulk, he decided to double down on the opportunities presented by his athletic abilities. That includes personal training and maximizing his physical prowess when he stumbled upon rugby last year. “My friend that came out here said ‘let’s go try rugby.’ I was like ‘Okay.’ And so I just did this last year. I started with the Carabaos and then went to the Manila Nomads and then after the season the Volcanoes asked me to train with them. Now I’m in selection for the national Sevens team.” 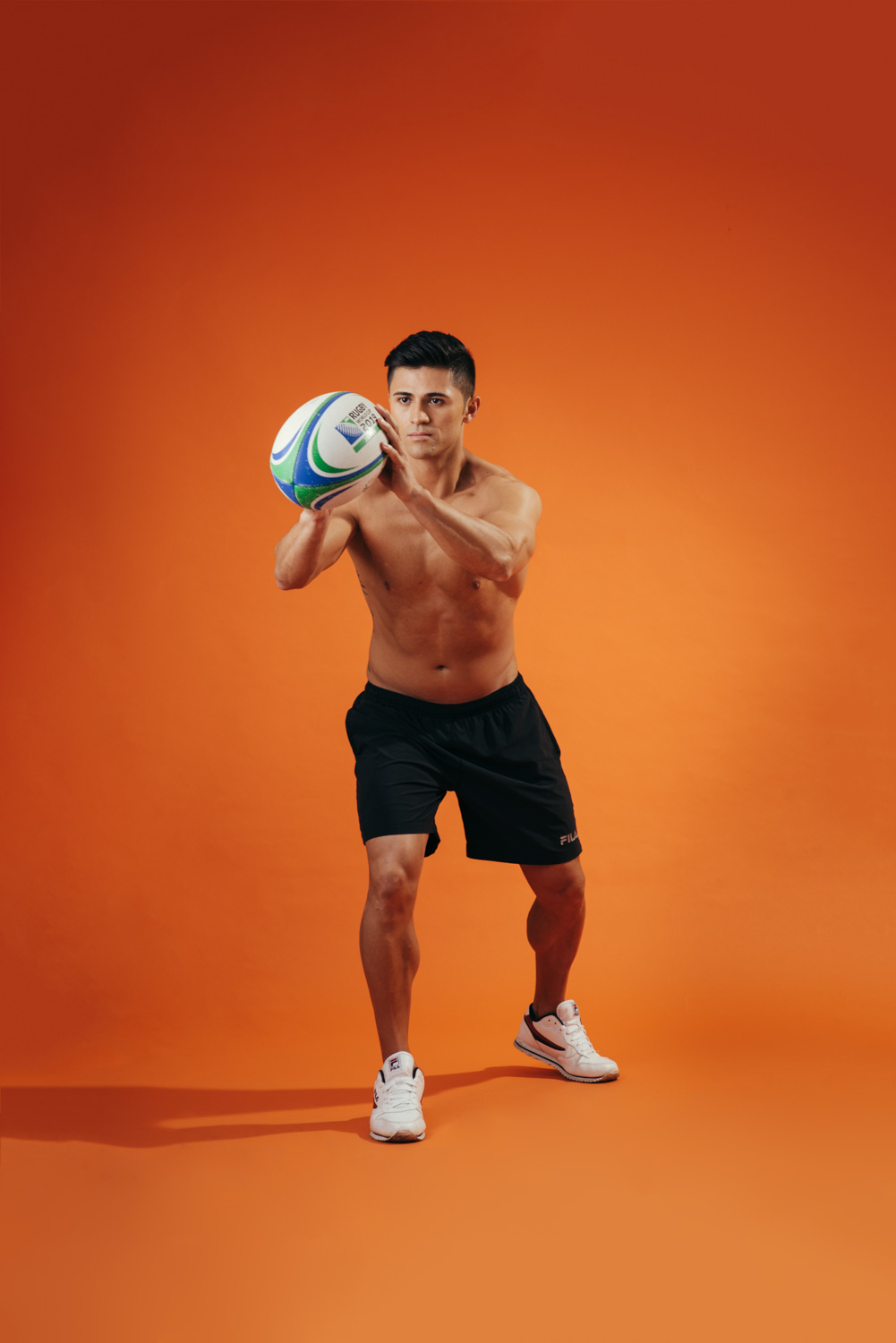 He’s come a long way from coming across the sport to being picked to play for the national rugby team in a span of just a year. Whether Near is aware or not, his career arc is another timely example of adapting and growing in the face of personal crises.

When you say selection, what exactly does that mean?

I just got injured right now. I’m supposed to be at training camp ‘cause they’re leaving next week to Qatar. There’s only 12 going but there’s 20 of us in training camp. This is my first year so I’m not expecting to be in the selection for this tournament. But what they’re doing is prepping me for the SEA Games in August. That’s their goal. I’m training twice a day, working out, and training with the Volcanoes three times a week.

When did you first start training with them?

Did you feel like there’s a difference training with the Volcanoes and the Nomads?

Big difference. When you play with top professional players compared to a club team, your experience and level of play increases.

Was that part of your objective? To become part of the national rugby team and compete in international meets?

When they messaged me, I was like ‘Why don’t I try?’ Might as well see how far I can push myself. So that’s what I did. Worked hard every day and everyone’s giving me all this information of what to do and what not to do. And I learned from my mistakes.

One would think that the perennial rejection would stop the 5’9 Filipino-German from pursuing a place in the team. Rejection, after all, is believed by many psychologists to be detrimental to anyone’s self-esteem

Now that you’re on your way to becoming a Volcano. What are your ambitions now as a player?

Everything that the team is doing, I want to be a part of that. I just want to keep pushing myself and become a better player. Help the Philippines be a great team because we have talent and I want to put us on the map.

What’s the biggest misconception about rugby and rugby players?

They think that football is like rugby but it’s really not. It’s a pretty dangerous sport. People are smacking and hitting each other really hard.

What’s the worst injury you’ve had so far?

I’ve got hit pretty hard in my leg. I’ve had a dead leg, I thought I was going to tear my ACL or MCL. When I’m running, I get injuries in my feet, arches, and calves. So you really have to be rolling it out, stretching, and massaging it to maintain it.

Tell us about your training regimen.

I always start out with rolling out or stretching. And then dynamic workouts to warm up. After that I’m into high intensity training like circuit training and then I usually try to either do sprints or laps in the pool. And then I’ll get in the sauna. 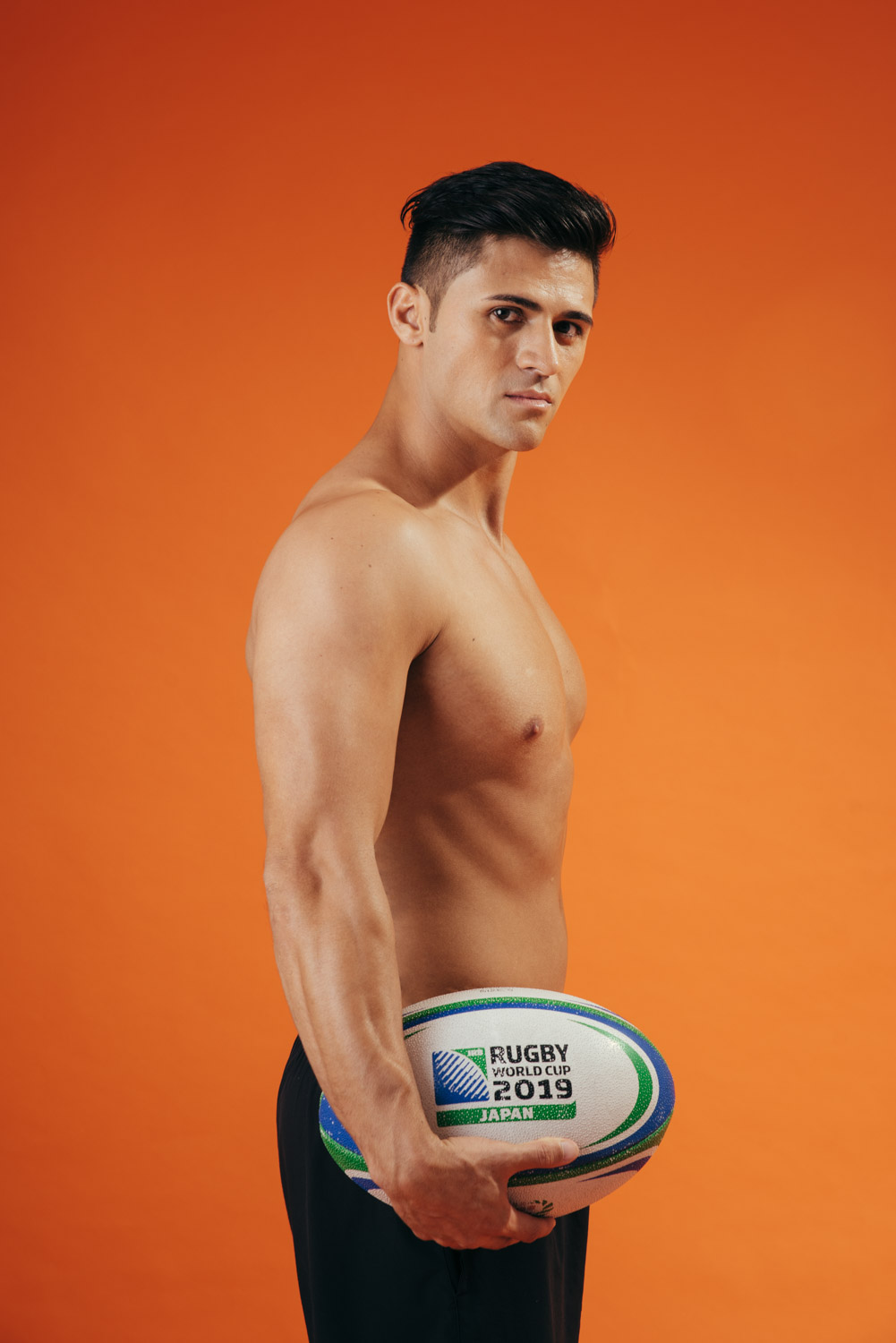 You can run and swim, can you bike?

So you can do triathlon as well!

Yeah I could, I just need practice (laughs). It will take time.

What role does nutrition play in your sport and lifestyle in general?

I’ve really had to change my nutrition. I’m watching what I eat. I’m eating a lot of protein and cutting off sugar. I have a cheat meal once a week. Like cheeseburger, pizza, a slice of cake, or donuts. I just try to eat clean and keep it healthy.

If you could give somebody starting in rugby some advice, what would it be?

If you want to move up in rugby, you have to stay focused and make sacrifices. You have to be determined and willing to put in the hard work day in and day out, have a clear goal and work towards it every day.

What do you do when you’ve had a shitty workout or training?

Try to get my mind back into it. Sometimes when I start slow or when I’m not feeling it, I just find something that motivates me. I’ll look at someone working even harder in the gym and I’m like ‘Why can’t I be like that?’ and then I snap into it and finish my workouts.

There’s no better time to finally tick off “ru