How this ballet dancer is breaking stereotypes about men in tights

Ballet isn’t the usual definition of male athletic strength. Ronelson Yadao is here to disprove that

You wouldn’t know it from an outsider perspective but Ronelson “Nelson” Yadao has set himself apart from his contemporaries.

Growing up alongside brother Richardson, a former principal dancer who memorably excelled as the young man in Norman Walker’s Songs of a Wayfarer, Nelson clearly had very large shoes to fill—notwithstanding the troubles asthma gave him as a young boy. “Hindi ko masabing directly influenced [by my brother] kasi ‘yung mom ko nag pasok sa amin. Since nandoon na ‘yung kuya ko, sinama na din ako. But at the beginning, I wasn’t sure if I could because I had asthma.”

From his start as a 12 year old dancing street and then folk with the Manila Dance Center to his time spent studying classical ballet at the Philippine High School for the Arts before eventually working with Ballet Philippines in 2006 to 2010 and then spending the next five years with contemporary group Cloud Gate Dance Theater of Taiwan, Nelson’s non-linear life cycle is as exuberant as it is complicated.

Because of his departure to Taiwan, Nelson briefly abandoned classical ballet to deepen his experimentation with dance and craft a style uniquely his own. Which is why his moves evoke more Revelations rather than Swan Lake, putting a buoyant, reanimated edge to his reinterpretation of, strangely enough, Songs of a Wayfarer in The Exemplars: Amada and Other Dances. 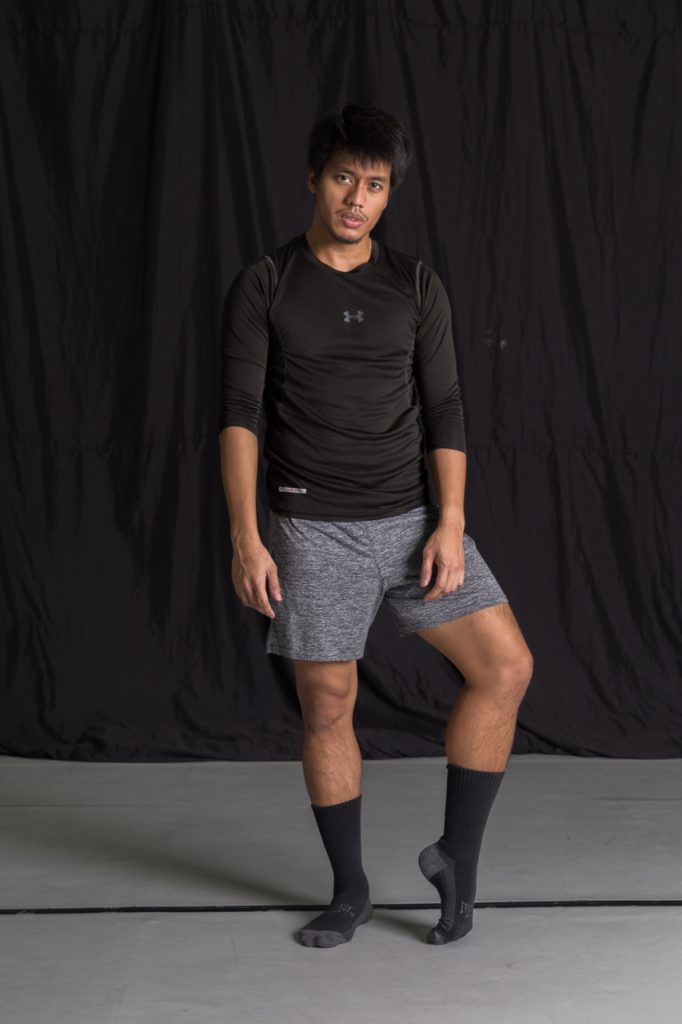 But while ballet is beautiful and uses the body as a contemporary language, at its boldest, the dance form is a battle too. Not in the Elastic Heart kind of way where Shia LaBeouf and Maddie Ziegler’s primordial instincts take over the caged contemporary dance-off.

“You push your body to the limits and do things that not everyone can do,” says Nelson about the rigors of ballet. “There are a lot of requirements. Number one, flexibility. Walang movement ‘yung muscle kung hindi siya flexible. I warm up first for 30 to 45 minutes. Hindi super strenuous. Small movements just to get the blood flowing. I start my stretching with my joints—the ankles, knees, hips, lower back, and then the neck and shoulders. Then strengthening. I do slow crunches to get my breath and muscles in sync.”

But the simplistic description of his warm-up routine is also filled with demanding fitness techniques like “a ballet class to have our turnouts and legs lengthened.” In their upcoming production where each piece requires numerous styles, Nelson rebounds from his classical ballet hiatus with preparations that suit his body type. 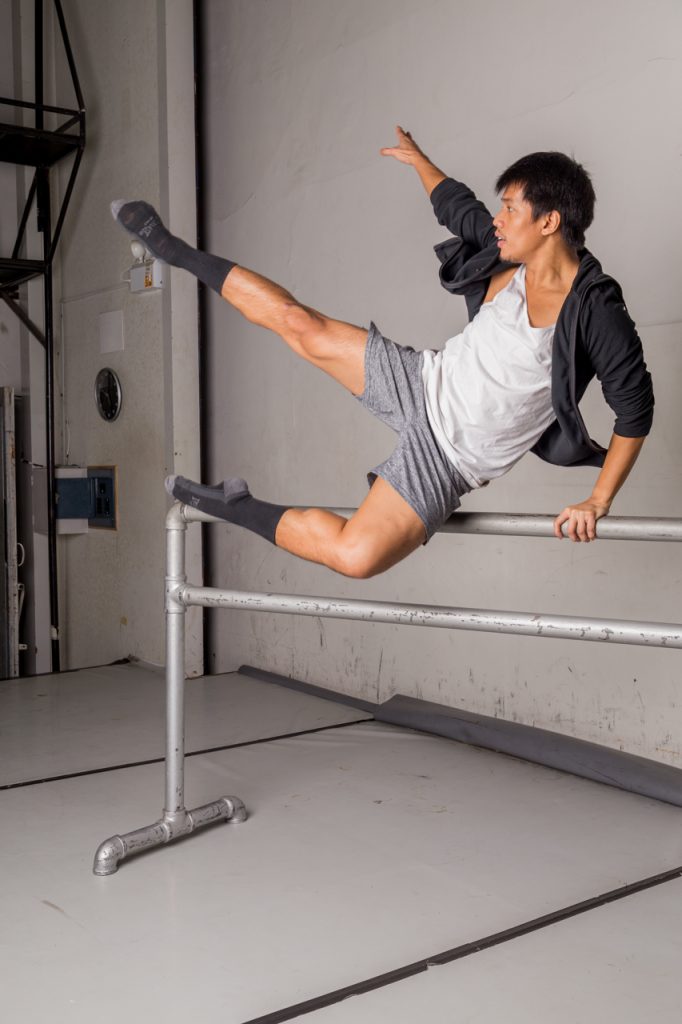 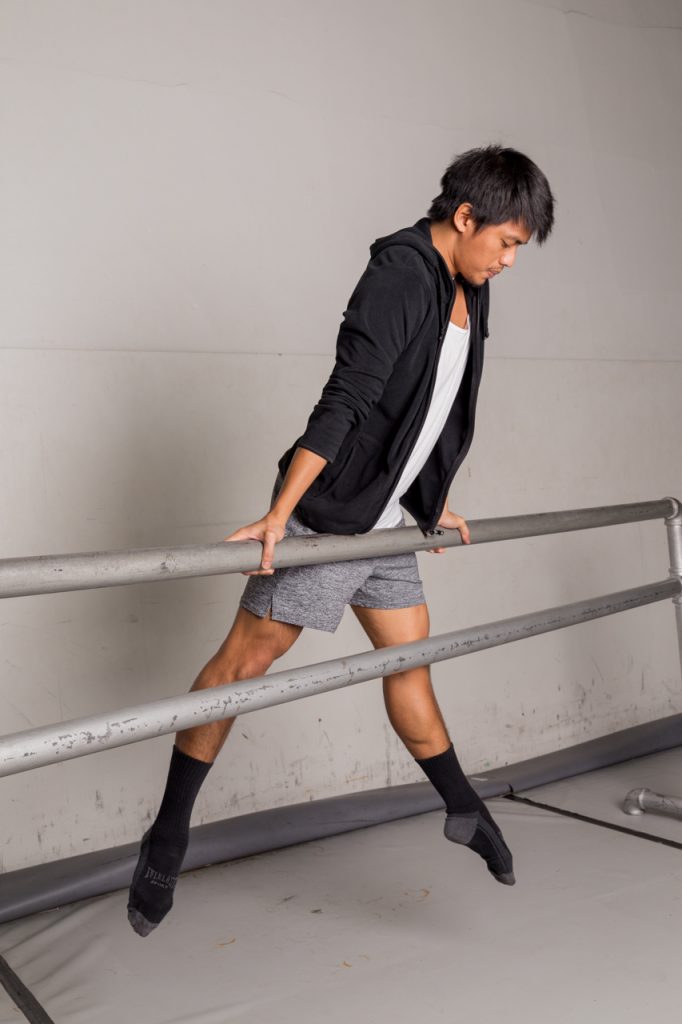 Earth-shatteringly tough, yes when you look at it, but it’s not without its massive benefits. Aside from flexibility, ballet builds stamina. Ballet-specific workouts, in particular, can also burn fat since it targets the entire body with “micro-movements” according to former dancer Carrie Rezabek Dorr where you just move an inch or two and remain in contraction, which “tires the muscles faster for faster results.”

Coordination is another reward that climaxes into mundane, everyday routines and activities. “A lot of non-dancer friends of mine aren’t coordinated. Sa paggalaw,” he clarifies. “Sometimes I play basketball and my friends will tell me, ‘Oh nag-ba-ballet na naman si Nelson kapag nag-le-lay up.’” 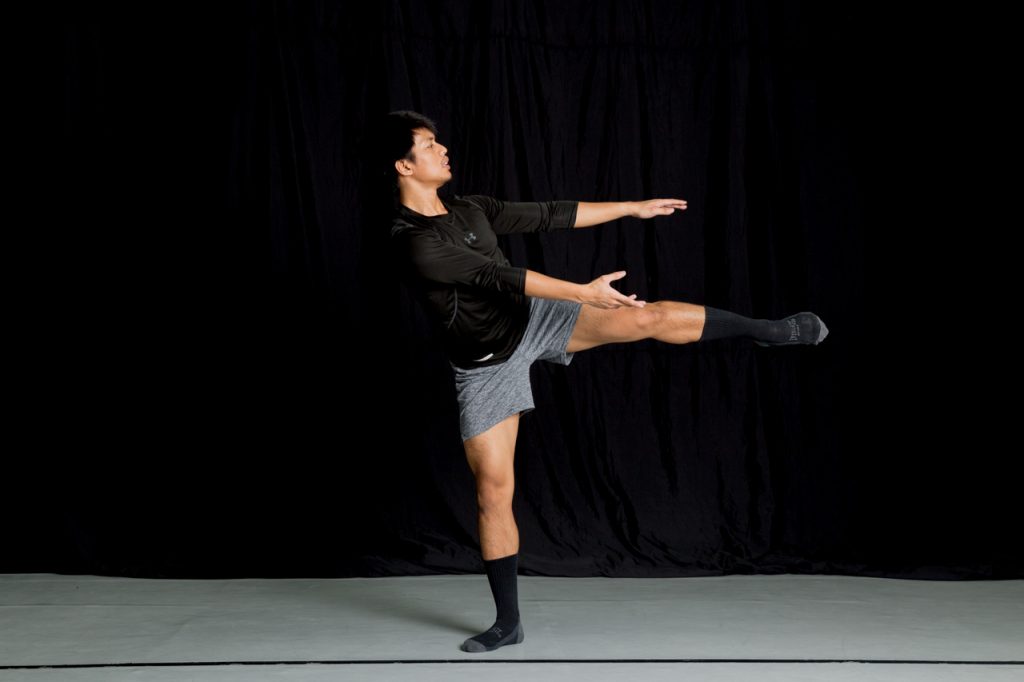 However, Nelson believes that ballet’s still-unrealized potential deserves greater attention. When asked about his thoughts on ballet being a trendy fitness craze, “It’s good, definitely. Dance has transcended into just being on stage and watched. Dancing is part of the community and ancestral practices. Kailangan pa natin siyang i-share para mawala ‘tung stigma na dance is just for professionals.”

And that proverbial elephant in the room hounding male ballet dancers? “The sexuality. It’s one of the major problems of male dancers if they go to dance school.” But Nelson couldn’t care less as he walks confidently in front of the camera, launching a barrel turn into the air with pure athleticism.

Should you invest in an e-bike?

Nice Post! Really inspiring and motivation for all dancers thought out the world.
All the best!!