This is Enrico Menichetti, an Italian adventurer who completed the toughest foot race on the planet

Every year, about 800 athletes around the world brave the Marathon des Sables (French for Marathon in the Sands)—a seven-day, 250-kilometer ultramarathon that takes place in The Sahara in Morocco. Spanning over 155 miles, and with temperatures as dire as 40 degrees Celsius, it’s also known as “the toughest race on Earth.” It’s an apt moniker for a marathon that forces its participants to navigate an intimidatingly vast expanse under arduous conditions and with just a few nutrition rations for sustenance.

It’s like an even more extreme version of an Ironman—one that puts you at constant risk of blisters, dislodged toenails, partial starvation, and even temporary blindness. It’s clearly a race that entails some grave physical and mental strain.

This year’s Marathon des Sables (MDS) took place last Apr. 8 to 16. Among the athletes that finished the race, we got a chance to speak to one: Enrico Menichetti, a self-described adventurer who has already traveled to about 34 countries.

“I consider the Philippines to be my home, especially having lived here now for 10 years,” the 36-year-old says.

Menichetti decided to run the MDS as a way to raise money for World Vision International, a humanitarian aid organization whose advocacies encompass the provision of basic necessities to children living in poverty. 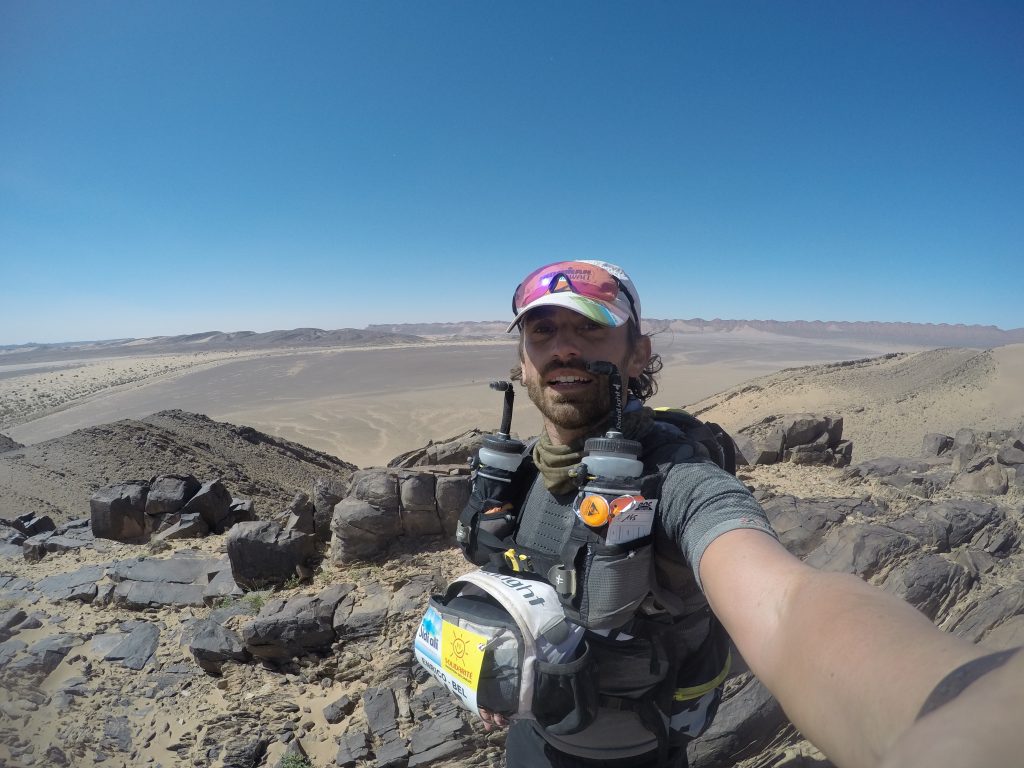 Together with his race partner Victor Consunji (who was the lone Filipino participant), Menichetti was able to complete the marathon as well as reach their initial fundraising target, garnering about P560,000. With that, the pair made their respective promises: For every peso donated, Consunji matched with a peso of his own; Menichetti on the other hand donated an additional P100,000. This means they handed over a million pesos to World Vision.

Consunji has already spoken quite extensively about his experiences in the MDS, and so we thought it would be interesting to hear about the same experience from another perspective. This is the story of how—between holding a full-time job, working out twice a day, and running his own business—Menichetti found the time to endure the heat of the Sahara for over a week and raise more than half a million pesos in the process.

Tell us about how you got into running. Is it something you’ve always done before?

I have played many different sports growing up, and ironically enough the one I never really enjoyed was running. I did run but these were short distances and no more than five kilometers. But it was when I moved to the Philippines when I picked it up as a sport. This was mainly because of the multiple fun runs that were being organized almost every week.

What do you love about running? Where and how often do you usually run?

The sense of freedom and happiness that I get from running is what made this my activity of choice. The burn in the muscles and the feeling of reward that comes after—runner’s high is what it’s often called—and once you experience it, you will always look forward to putting on your running shoes every morning. I usually run in my village or with a running group coached by Miguel Lopez around Taguig and Makati. 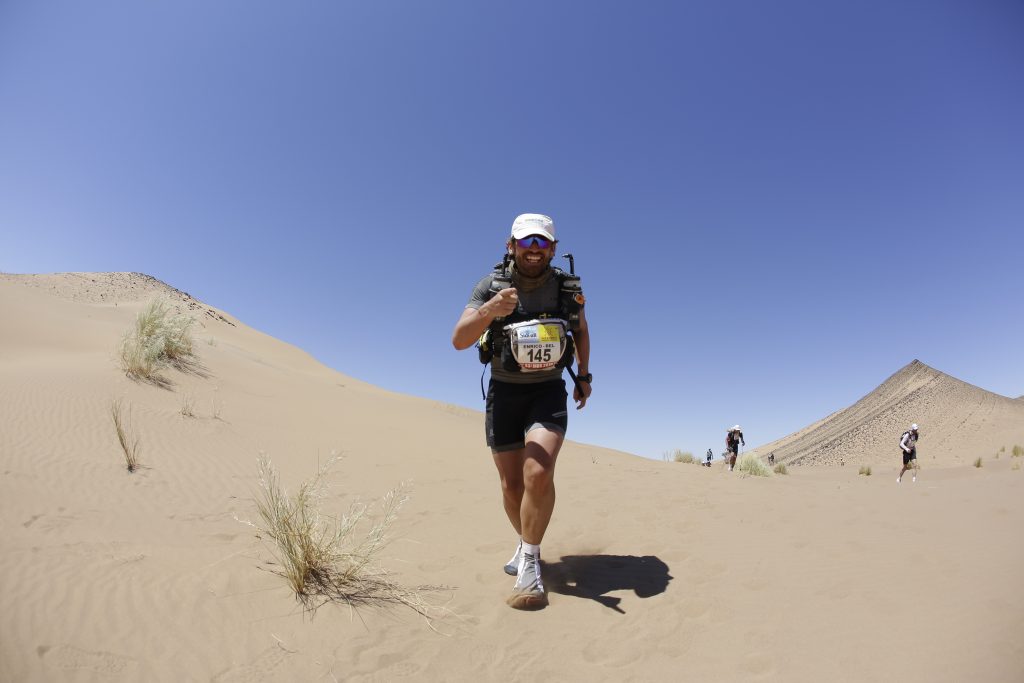 Together with Victor Consunji, you ran the Marathon Des Sables 2018 to raise donations for World Vision. Can you tell us about that experience?

In life, we set targets and goals and deep inside we always wonder if we can achieve them. My MDS experience was no different. As much as I had physically and mentally prepared for the challenge, the reality was so much harder than I ever anticipated. It is difficult to put into words, and two weeks after leaving the Sahara desert, I’m still dealing with the high and lows of the experience.

The sense of freedom and happiness that I get from running is what made this my activity of choice. The burn in the muscles and the feeling of reward that comes after—runner’s high is what it’s often called—and once you experience it, you will always look forward to putting on your running shoes every morning

What were some of the hardest challenges you encountered during the run?

It was not a single thing that made MDS hard. It was a series of elements combined together that made it one of the hardest and most difficult journeys I have experienced so far. We had to carry 12 kilograms of gear and food throughout the seven-day run. We were practically deprived of food, we drank rationed water, and we needed to share a tent with seven other race participants.

In our modern lives, these conditions are difficult to understand. But when faced with these [conditions], we realize that it’s actually these things that can make us feel truly alive. I knew that I would have to dig deep, but I was not prepared for the physical and mental depth the marathon required. But walking through dunes with temperatures as high as 45 degrees Celsius and the glow of the incredible African sky will be a memory I will never forget. 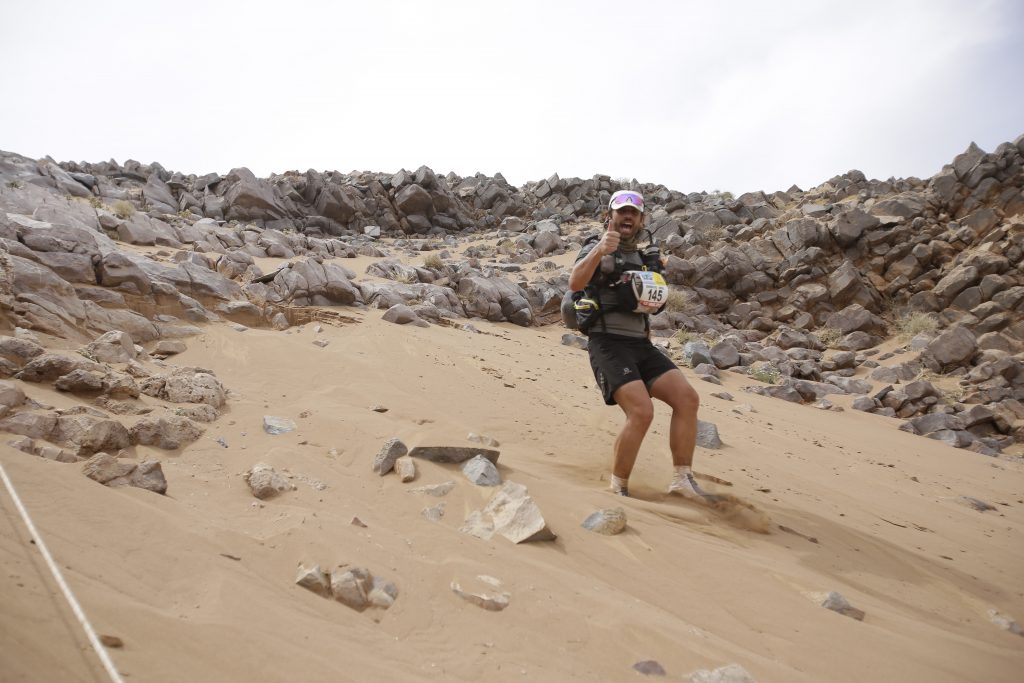 Knowing as well that after completing the marathon, we were able to reach 107 percent of our initial target—that has made completing the MDS an even more meaningful experience. These funds will go to the World Vision programs in support of children and communities in need.

The marathon is also known as the “toughest foot race on Earth.” What made you decide to run this marathon? Were you not hesitant at first given the difficulty level of the race?

I consider myself an endurance sport enthusiast and as mentioned earlier, I am always on the lookout for adventures and new experiences. Having followed the MDS race from a young age, it was always my dream to one day participate, and hopefully finish. After finishing Ironman in Barcelona over a year ago, I was really looking for another adventure. And so it did not take much to convince both Vic and I to register and start training for the 2018 edition. 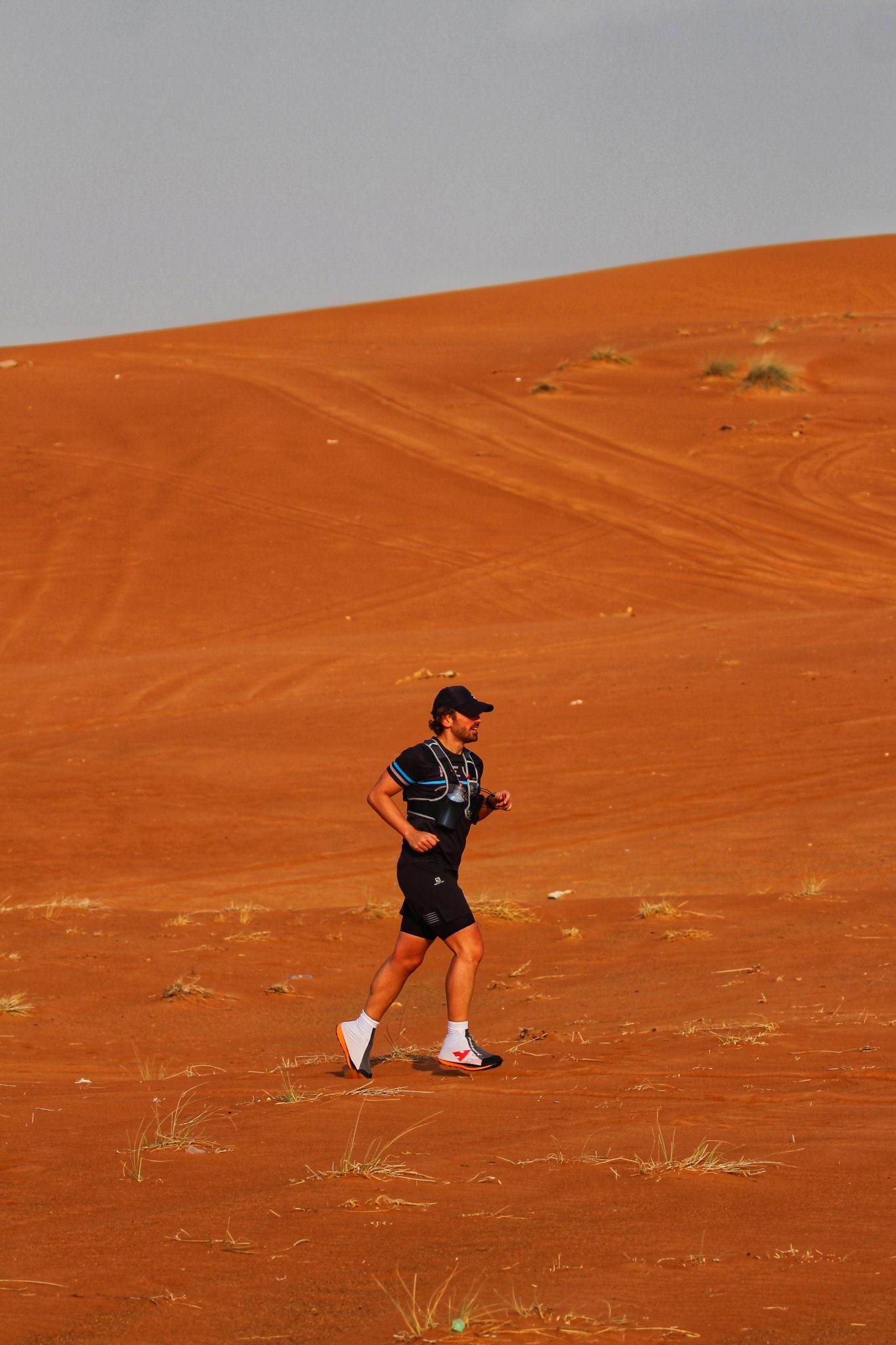 Do you recommend this race to triathletes and runners?

I would highly recommend the race to anyone who loves running, taking on new challenges, and experiencing the outdoors. There are obviously many challenges during the race, so my advice to anyone who wants to participate is to prepare well. A proper training schedule and ensuring that all your gear is tested will make the experience even more worthwhile, and maybe even lessen the pain you will be experiencing during the race.

Will you be doing any similar marathons in the near future?

Yes. We are already planning several similar races and one of them will be in Iceland in 2019. The race is called Fire and Ice, and as you can imagine we will be adding freezing conditions to this multistage race. Other projects include the Seven Summits of the World, which is currently in the making and is bound to start really soon.