Spida in Manila: 5 things we learned from the rising Utah Jazz rookie

Utah Jazz rookie sensation Donovan Mitchell shared his NBA debut experience and gave advice to incoming rookies during his first visit to Manila. Mitchell, who emerged as one of the notable rookies last season, faced the local media yesterday and talked about the importance of listening, homework as well as his thoughts on super teams.

Listening and getting involved with his teammates

The 21-year-old guard noted that getting advice from people around him is just one of the many reasons why he came off a remarkable rookie season with the Jazz, where he averaged 20.5 points, 3.7 rebounds, and 3.7 assists per game.

“I think that was one of the main reasons why I was able to do what I did this entire year. Just listening to my veterans and my coaches and finding ways to continue to get better,” Mitchell said. The rookie also commended the help he’s getting from his teammates who have been guiding him right from the start.

“A lot of guys helped me. There’s Ricky [Rubio] on how to be a point guard and being a leader. Joe Ingles with just life in general and what to expect. Thabo [Sefolosha], he taught me how to take care of my body and how to eat right, which I’m still working on,” Mitchell said. 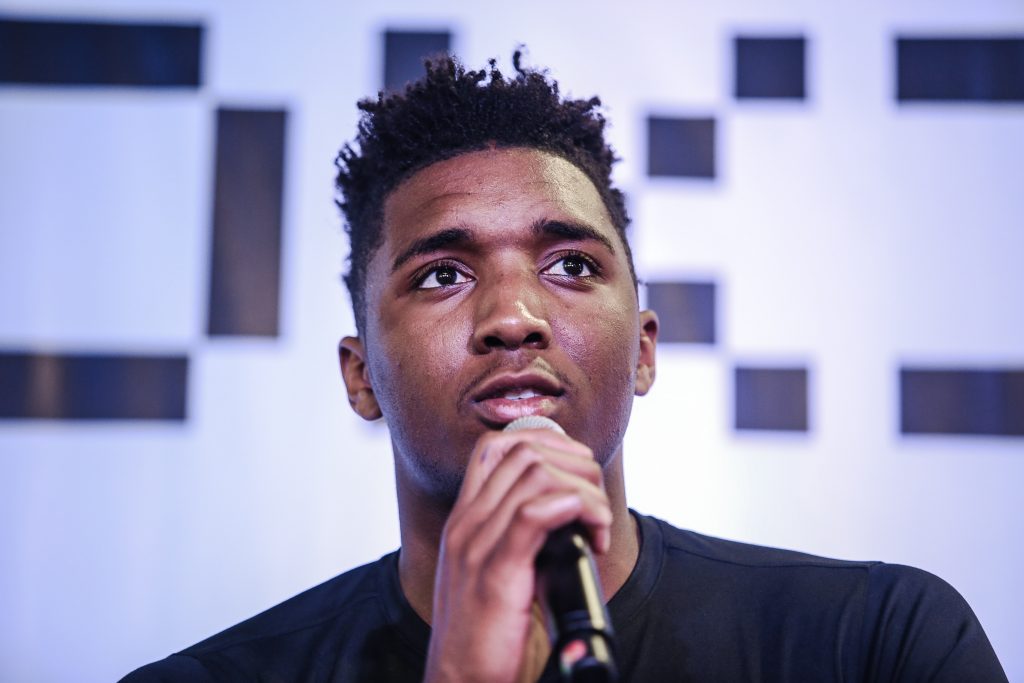 The help he’s getting from his teammates and coaches were evident in his rookie season. Mitchell helped the Jazz secure a playoff spot after ending their regular season with a 48-34 win-loss record. Mitchell then averaged 24.4 points a game in his first playoffs stint, where they took out Oklahoma City Thunder, a team with three superstars, in the first round.

However, the Jazz weren’t able to pass the second round after they lost to the West’s top seed Houston Rockets in six games.

“It’s not easy, the games are exhausting. If you don’t listen to your teammates or listen to your elders, you really don’t have a shot,” Mitchell said.

The Rookie of the Year contender also made a strong statement on how to handle pressure and deal with mistakes especially to incoming rookies.

“Have fun. I had fun the entire year. Understand that mistakes are a part of it. At the end of the day, it’s just basketball. We’re blessed to play this game, have this talent and these skills. So have fun, and act like you belong. If you don’t act like you belong and you don’t show that confidence, there are guys who thrive off that, you can’t back down,” Mitchell said.

On How He Gets Better Every Day 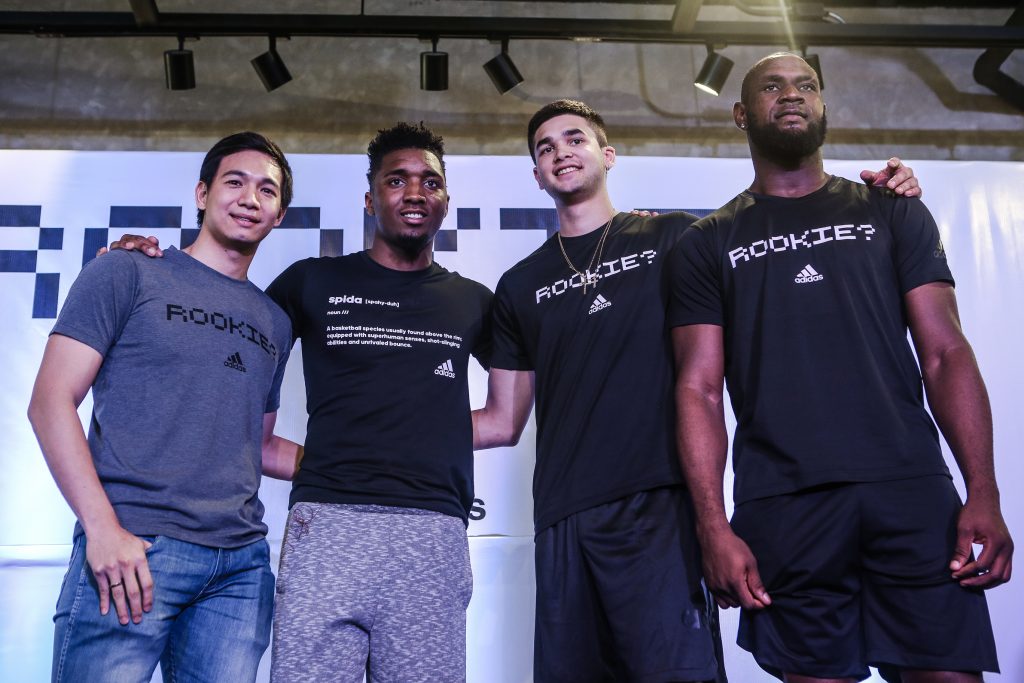 Unlike most players today who focus on imitating the moves of the greatest basketball players, Mitchell followed one quality of Kobe Bryant when finding a solution on how to get better—having film sessions of his past games.

“One guy I look at who does that (film sessions) is Kobe Bryant. He didn’t do film sessions to watch his successes, he watched games where he played terrible and how he can make those adjustments,” the rookie said.

“To be honest, film sessions are boring if you don’t know what you’re looking for. When you watch all the bad things about you, you feel like, ‘I suck’—but film work is my way of getting better,” Mitchell said.

On why super teams are part of the evolving game

Many people were mad and accused the Golden State Warriors of ruining the fairness and competitiveness of the league the moment they recruited Kevin Durant last year. The issue about whether building super teams is good or bad for the league almost seemed like an unending topic, especially since it’s been hard for the 29 other teams to take down the Warriors in the past four years.

“For all the kids in here, homework is the most important thing. Basketball eventually ends, but when you graduate and have a degree, it stays with you forever. Like my mom always says, ‘The ball runs out of air eventually’—as you get older, you’ll see the importance of listening to your family because it goes a long way”

But Mitchell sees super teams as something all players and fans should look forward to.

“I think that’s how the league is played now. There’s no sense in saying I don’t like it, I do like it because you have to adjust. There’s no time for me to say, ‘I want to do it on my ‘own,’” he said.

“We got to find ways to adapt to beat them. That’s just how it is, that’s what you got to do. I don’t think super teams are necessarily a bad thing, it’s just what needs to be done. If you run and you can’t make it past a certain point, you have to work harder and make adjustments to get past that certain point, right?” Mitchell added.

Before Mitchell ended his interview, he reminded the kids present in the press conference that education should always come first before basketball or anything else.

“For all the kids in here, homework is the most important thing. Basketball eventually ends, but when you graduate and have a degree, it stays with you forever. Like my mom always says, ‘The ball runs out of air eventually’—as you get older, you’ll see the importance of listening to your family because it goes a long way.

What this couple can teach us about #travelgoals

Hidilyn Diaz is the hero we all need

5 mindfulness apps to help calm you down