Belingon lives up to promise, stops Nguyen from making history

Prior to his match against Martin “The Situ-Asian” Nguyen, who was eyeing to be the first-ever MMA fighter to win three belts in three different divisions, Filipino fighter Kevin “The Silencer” Belingon told everyone that he’s going to be the better athlete in their bout.

Come his fight against the two-division world champ, Belingon showed he wasn’t all talk—the Silencer channeled his words into big fists and thunderous kicks that left the Australian-Vietnamese stunned in their five-round collision.

“I can’t explain this feeling, I’m the happiest athlete tonight. Thank you to all the people who came out to support me, and of course to ONE Championship, my team, my coaches and trainers, and my teammates,” said Belingon. 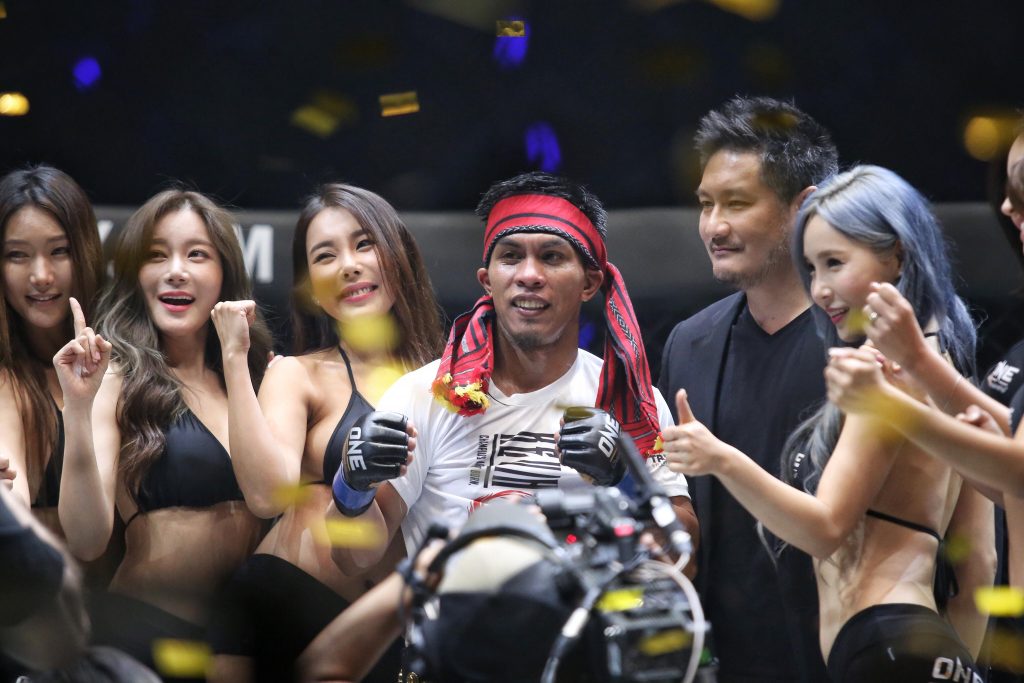 Nguyen had several attempts to take Belingon into the ground, but Belingon stayed firm and showed enough composure as he bunged all of Nguyen’s takedowns. His tremendous performance both in annihilating and defending Nguyen’s attacks sealed the fight, earning all three judges’ scorecards—a unanimous decision victory for the knockout artist.

“To Martin (Nguyen), it was an honor fighting you. You’re such a great athlete and champion. I trained very hard for this fight, just to get this belt. I’m proud to be a champion representing the Philippines,” the champion added.

With this win, Belingon will have another shot to fight reigning bantamweight king Bibiano “The Flash” Fernandes who took him down in their last encounter.

“To Martin (Nguyen), it was an honor fighting you. You’re such a great athlete and champion. I trained very hard for this fight, just to get this belt. I’m proud to be a champion representing the Philippines

“My friend Bibiano (Fernandes), I respect him as a champion, but we’re in the same weight class and I’m the top contender. So there is no escape in facing me. I hope you recover fast and we can make the fight this year,” Belingon said.

Belingon’s victory also made the Philippines the country with the most ONE Championship wins as he sits at the high table with current heavyweight champion Brandon “The Truth” Vera and reigning flyweight world champion Geje Eustaquio.

Philippine MMA hero Eduard Folayang seemed to struggle taking full control of his bout against undefeated Aziz Pahrudinov, but the Filipino fighter, as usual, found a way to keep his body in check amid all the takedowns Pahrudinov made.

The former lightweight champion’s height disadvantage against the taller Pahrudinov didn’t stop him from taking home his 20th victory. 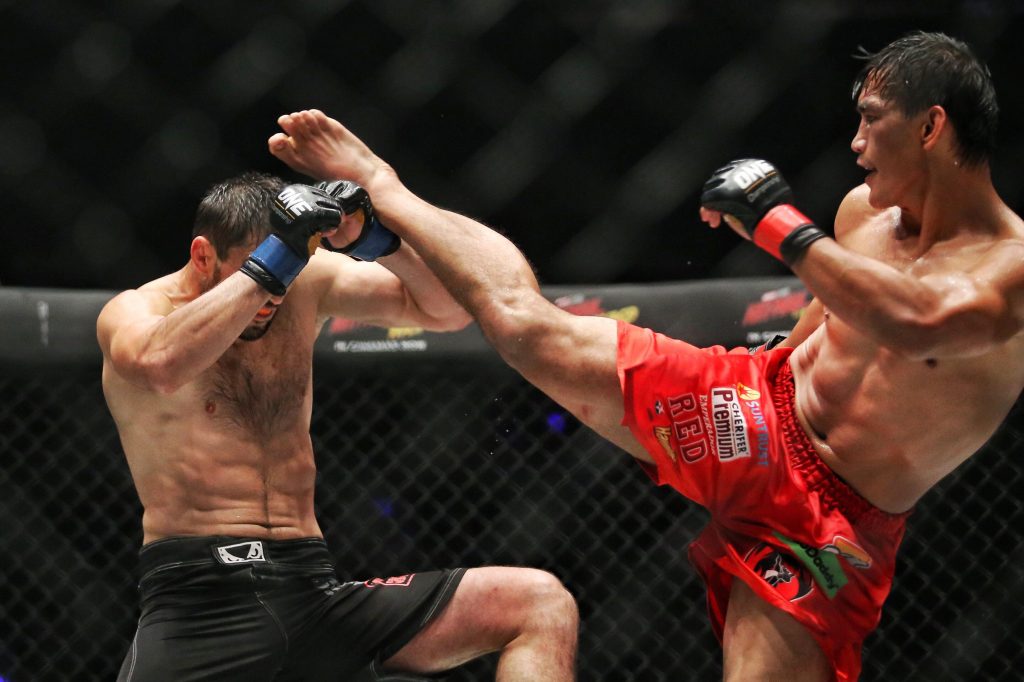 Though getting tackled by the Russian for a couple of times in the first and final round, Folayang still managed to turn his height handicap into a huge advantage, as he focused on landing heavy kicks on Pahrudinov’s legs—this slowed down the Russian’s explosiveness he had shown in the first round.

Folayang’s previous bout in MOA Arena resulted in a  disappointing knockout defeat, losing his lightweight champion belt to Nguyen. In his return to Manila, the Landslide came ready for a redemption battle as he moves a step closer on having a shot on taking the lightweight title back.

Folayang vs Khan: Who takes home the lightweight title?