Bubbles Paraiso is set to redeem herself at this year’s Regent Aguila Ironman 70.3

The currents were relentless, raging against the athletes trying their best to stay on course. It had only been a few seconds since the rolling start and Bubbles Paraiso found herself in some unknown part of the sea. It was pitch black, and no other swimmer was in sight. A marshal on a kayak then skidded towards Paraiso, who, at that point, was seriously considering to quit the race, head straight to her hotel room, change into a bikini, and commence a sob fest.

“I just want to go home,” she told the marshal, who, in response, threw a floating buoy in her direction.

“Ma’am, this is the resting buoy, as long as you don’t move, you won’t be disqualified,” he told her.

It took a bit more prodding from the kind marshal, but Paraiso was soon back on the course—a timely mixture of panic and inherent tenacity pushing her to overtake as many people as possible. Finally reaching her bike, she stopped for a few moments to mull over her options. “It was so mentally tough, and I didn’t want to do it anymore. I was just staring at my shoes for a good two minutes. I asked myself, are we going to continue? Or are we going to DNF? And then I thought, ‘You know what, why don’t I just take it one step at a time?’ So I ended up finishing the race. I even had a super nice finish line photo.” 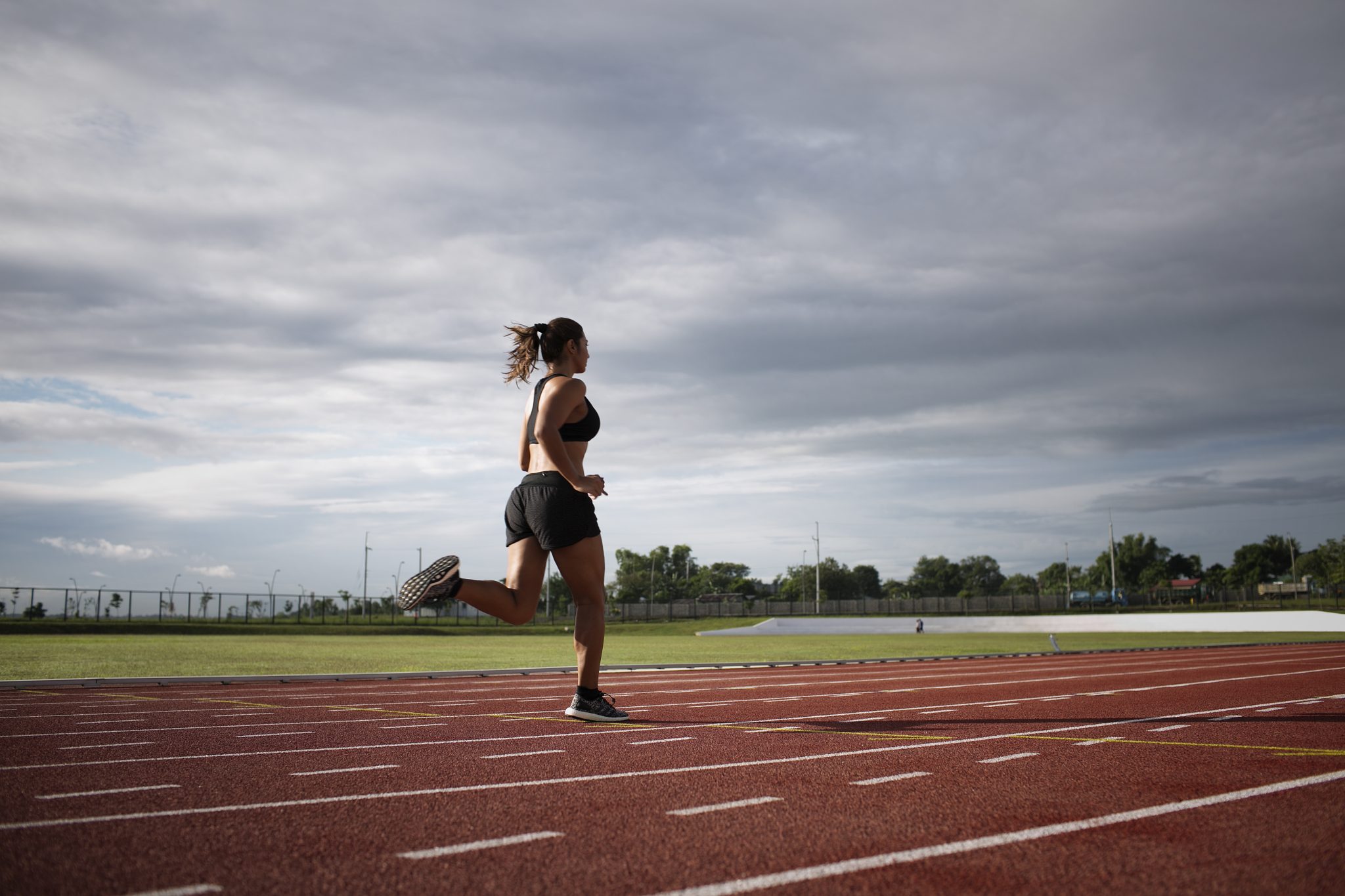 But a subsequent trip to her friends at the post-race ice baths proved any impending celebrations to be too soon. It was Kim Atienza who spotted it: “Bubs, you’re bloated.” It wasn’t a good time to be joking, Paraiso retorted, used to Atienza’s friendly jabs at her weight. But she was bloated then, and it was different this time—her fingers were swollen and purple, and it only took a few steps before her body started cramping. “I just collapsed. We didn’t even reach the medic. I was severely dehydrated… but at least I finished,” she says.

“It was so mentally tough, and I didn’t want to do it anymore. I was just staring at my shoes for a good two minutes. I asked myself, are we going to continue? Or are we going to DNF? And then I thought, ‘You know what, why don’t I just take it one step at a time?’ So I ended up finishing the race. I even had a super nice finish line photo.”

It’s the caveats—the “super nice finish line photo” and the satisfaction of having finished a bad race—with which she finishes the recounting of these grueling experiences that tell you a lot about the kind of triathlete Paraiso is. There’s always a positive takeaway from every race regardless of the life-threatening curveballs it may or may not throw at you. But it’s a two-fold kind of optimism, and for Paraiso, the victory of having finished a bad race can only be followed by success. This disappointing turnout happened last year at the very same stage, and Paraiso is set to redeem herself this weekend—and in the same city, no less. 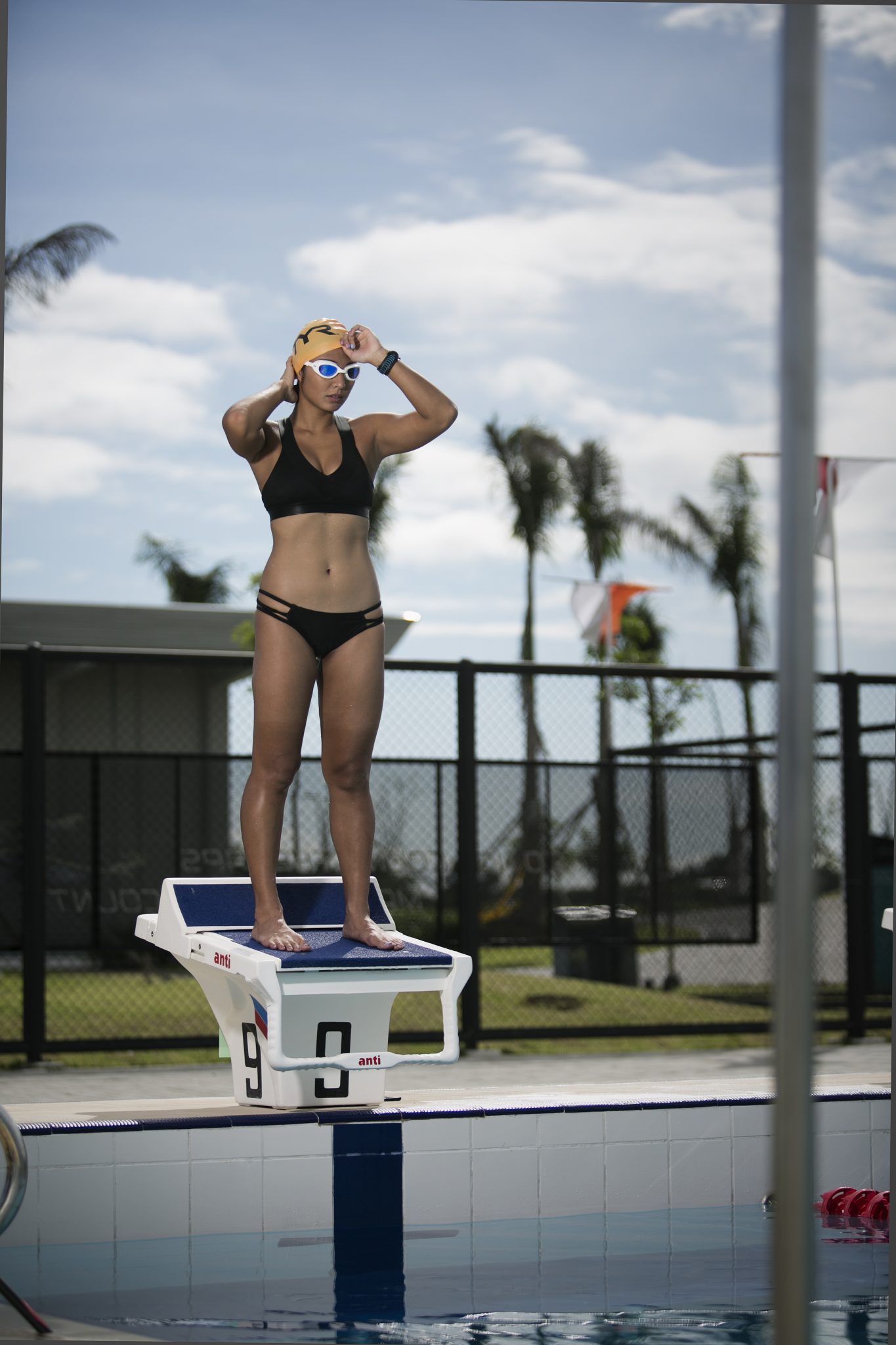 The story of how Paraiso became a triathlete is already well-known among certain triathlon circles, but as she recalled it to us—complete with mentions of notable triathlon figures and moments all anchored by a compelling plot, we found there to be some room for surprise. It all began in 2015, when Victor Consunji brought up an idea: “Why don’t we become triathletes?” he asked Paraiso, who at the time, didn’t know how to swim, didn’t ride a bike, and actually hated running. But Consunji figured he’d ask her anyway because he thought that Paraiso would be the “only one who would actually do such a thing.”

Fast forward to 2016 and Paraiso found herself taking on what could somehow be considered triathlon rites of passage: running her first 15K, carefully selecting and buying a good bike, stubborn denial (“Okay I’m biking, but I’m not going to be a triathlete because I can’t swim,”) and finally joining her first triathlon. “After finishing second place in our Cebu all-girl relay, a friend of mine told me: ‘I know you’re high on endorphins right now, but if you do the whole thing, it’s a different kind of monster. You’re going to love it.’ Two days later, I signed up for the 2016 Aboitiz Triathlon.” That initial foray into testing the sport called for serious training of course, and it took a while before Paraiso got the hang of it. Training under Noy Basa, she got a hint of what was potentially the bane of her triathlon career: swimming. 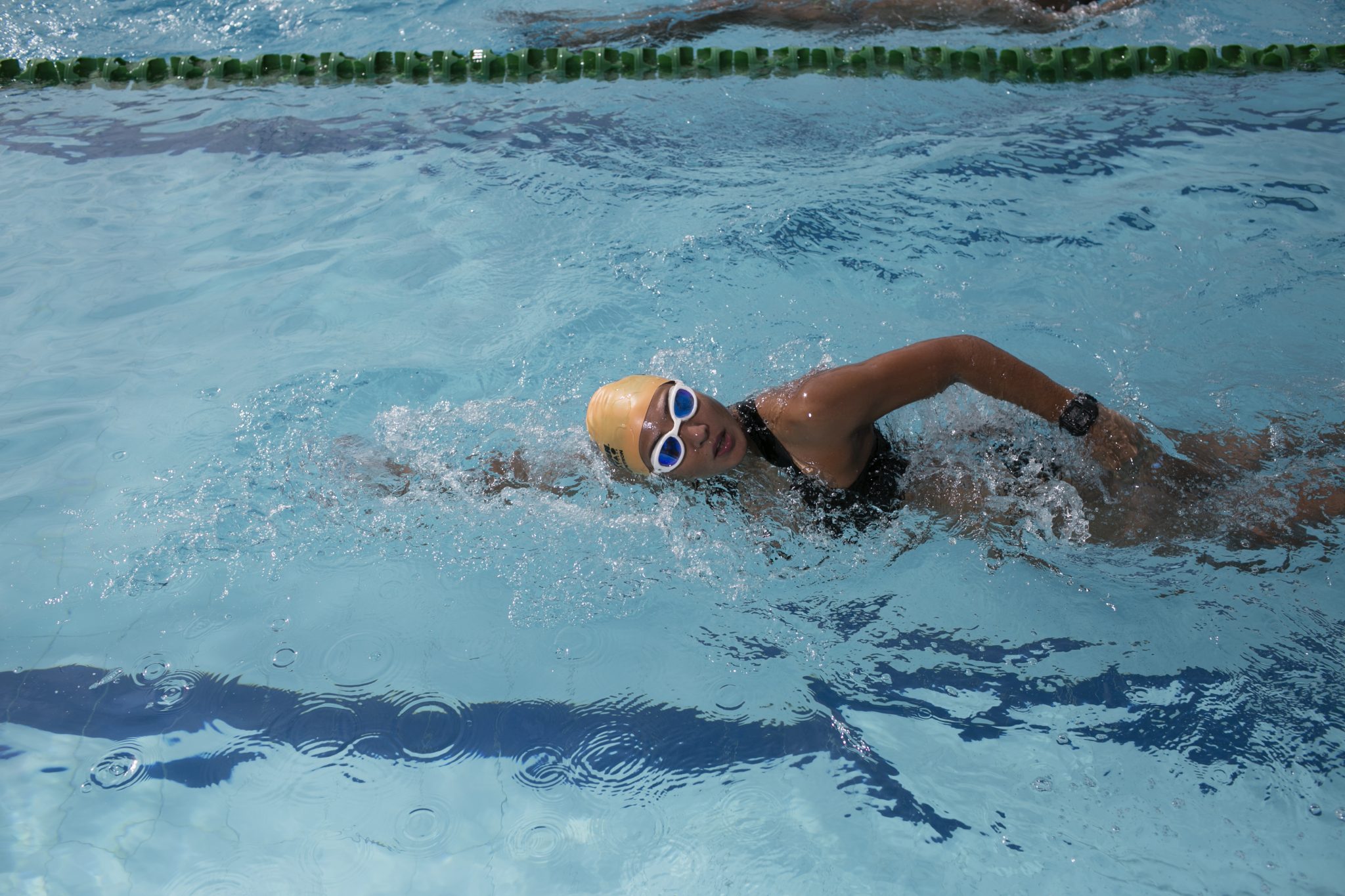 Come race day, and surely enough, it was the swim leg that proved to be particularly challenging. “The swim was two loops. I remember in the first loop I wanted to DNF already because I was having a panic attack, I was crying. I was about to go to the medic, but then my parents surprised me, and I saw my mom jumping up and down and cheering ‘Go hija!’ That was when I thought, ‘You have to finish this, your parents are here.’ So all of a sudden my swim improved in the second loop, and then I got on the bike and then I didn’t care that it was a steep uphill, I was just so happy.”

“For people who want to start tri, they just have to start. They don’t have to know how to swim or bike. It has to be action, not just thought”

Her swim coach later told her what was running through his head the whole time she was on the swim course: “I was so slow and my form was so bad that he thought, ‘She’s going to die!’ But he didn’t want to show that because he saw how excited I was.” 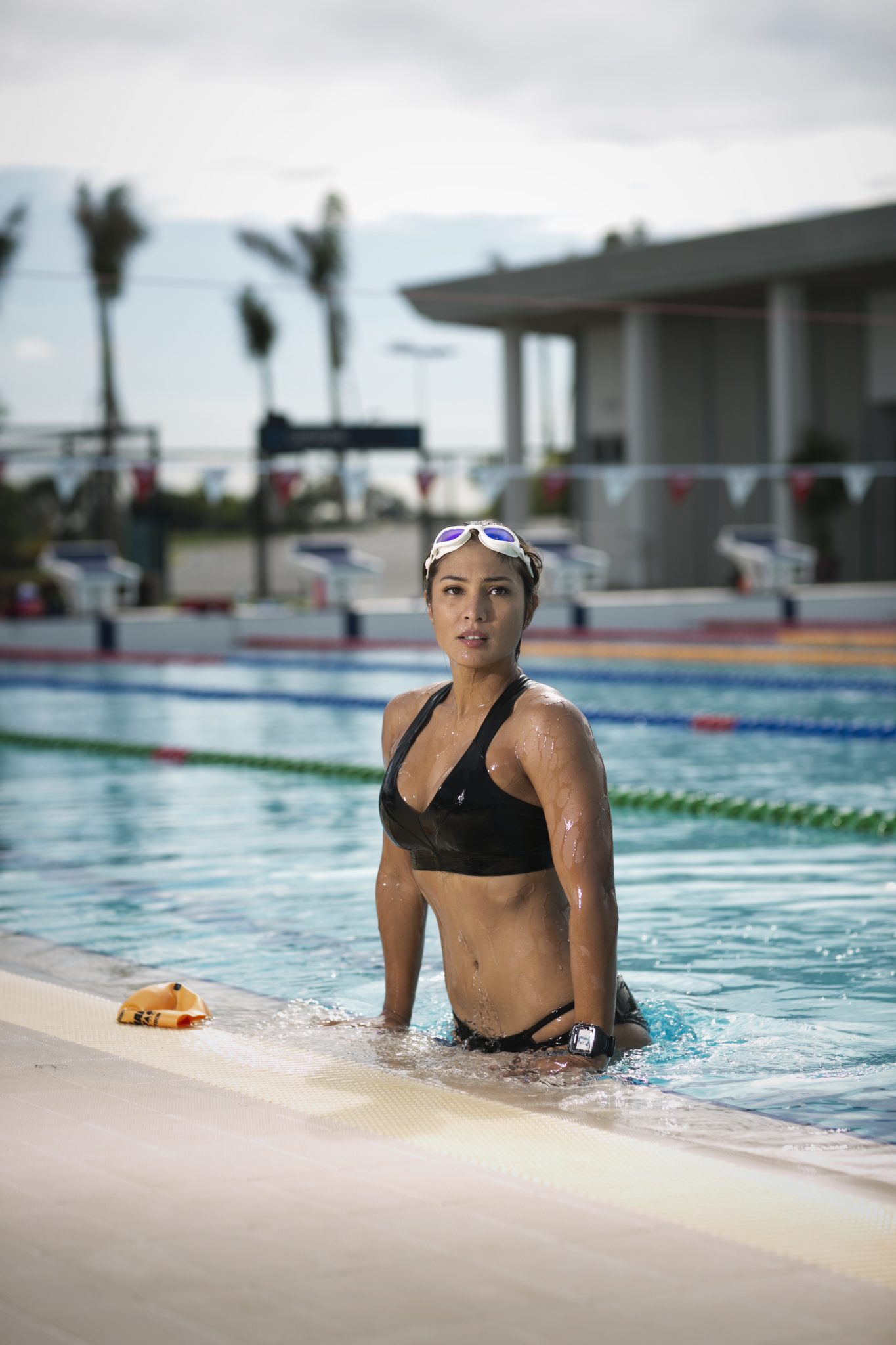 It’s a story that’s worth telling and recalled in ecstatic bursts between graceful running and cycling at the vicinity of Vermosa Sports Hub—it seems particularly effective. Listening to Paraiso talk about her personal triathlon journey makes you wonder why—if you’re not already a triathlete—you haven’t pushed through with your long overdue plans of pursuing the sport. “For people who want to start tri, they just have to start. They don’t have to know how to swim or bike. It has to be action, not just thought,” she says. And it’s not even the accidental element of the story that makes it so compelling (forcing your friends to join the sport is a common occurrence in the triathlon community), but the progress that Paraiso has so evidently gone through.

On Flat Tires and Attitude 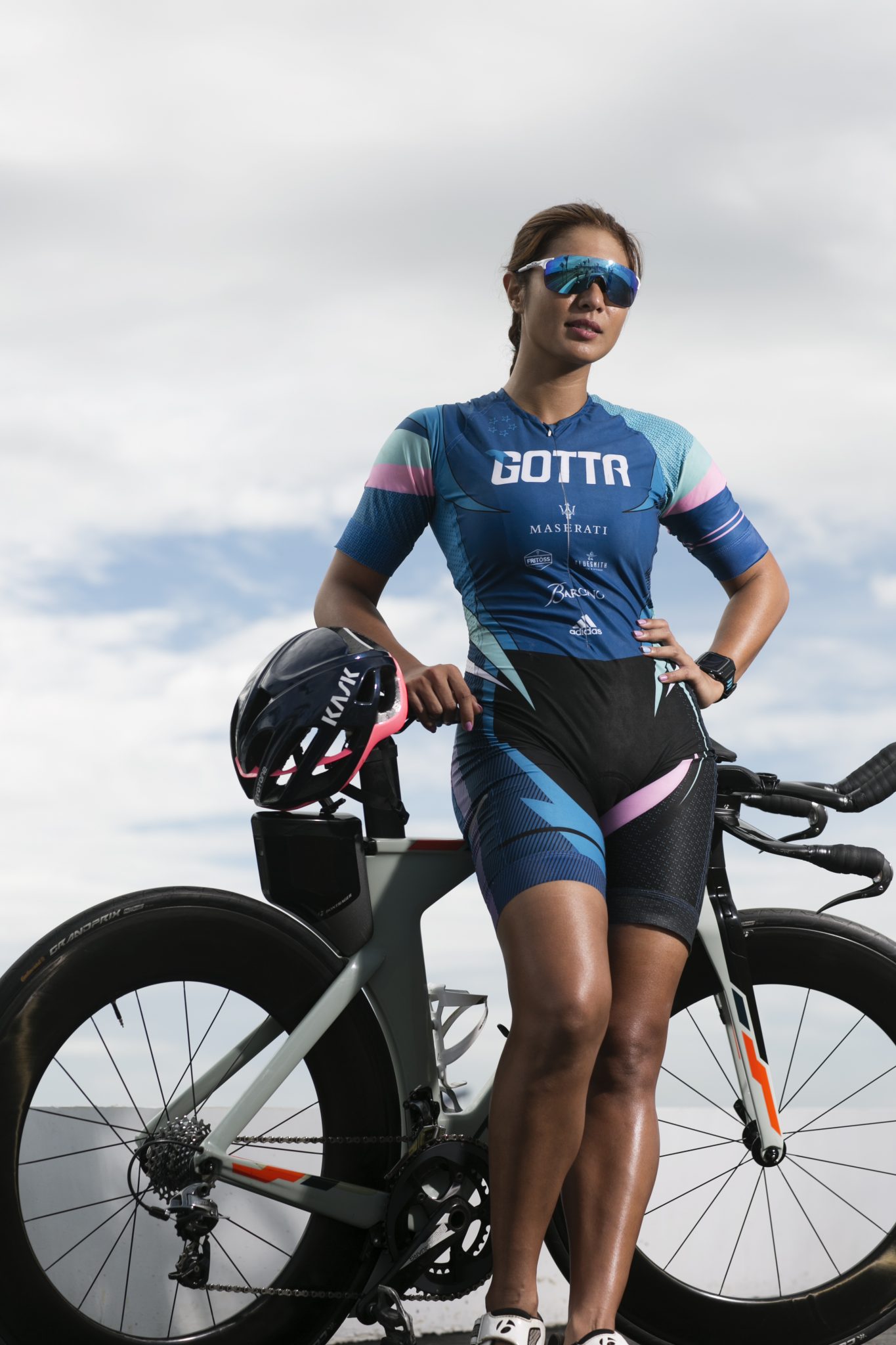 The improvements can be as straightforward as a 20-minute swim time differential and finally learning how to fix a flat tire. She was a self-proclaimed damsel in distress in her first few races, resorting to crying for help whenever a drop of a chain or a punctured tire interrupted a race. “But now, I have my own tools, I know what to do. So I tell my friends, ‘Guys be proud, I’m no longer useless.’” The changes can also be as profound as a complete shift in attitude. “The way that I looked at tri before was fun lang, barkada-barkada lang. It was all really just for fun. But now, my teammates would say, ‘Wow, Bubs, you’ve really changed.’” Some things haven’t changed though: She still gets the same nerve-wracking feeling a few moments before gunstart.

“Those quotable quotes are true—that when your legs give up, you run with your heart and your soul. It was really that race where I learned a lot about myself. I learned that I’m really tenacious”

Paraiso is not a professional triathlete, and she makes that clear by professing her dedication to sweets and demanding some sort of flexibility in her training program. But a lot can be said about her attitude when it comes to goal-setting and record-breaking. Granted, a half-baked approach to racing triathlons is simply non-existent and so perhaps Paraiso’s attitude shouldn’t be taken as anything special, but then, you remember her story—how reluctant and scared and panicky she once was. The inspiration here lies at the contrast at play. It gets to something that’s borderline cliché, stuff that, whether we like to admit it or not, is indispensable in the business of endurance sports. 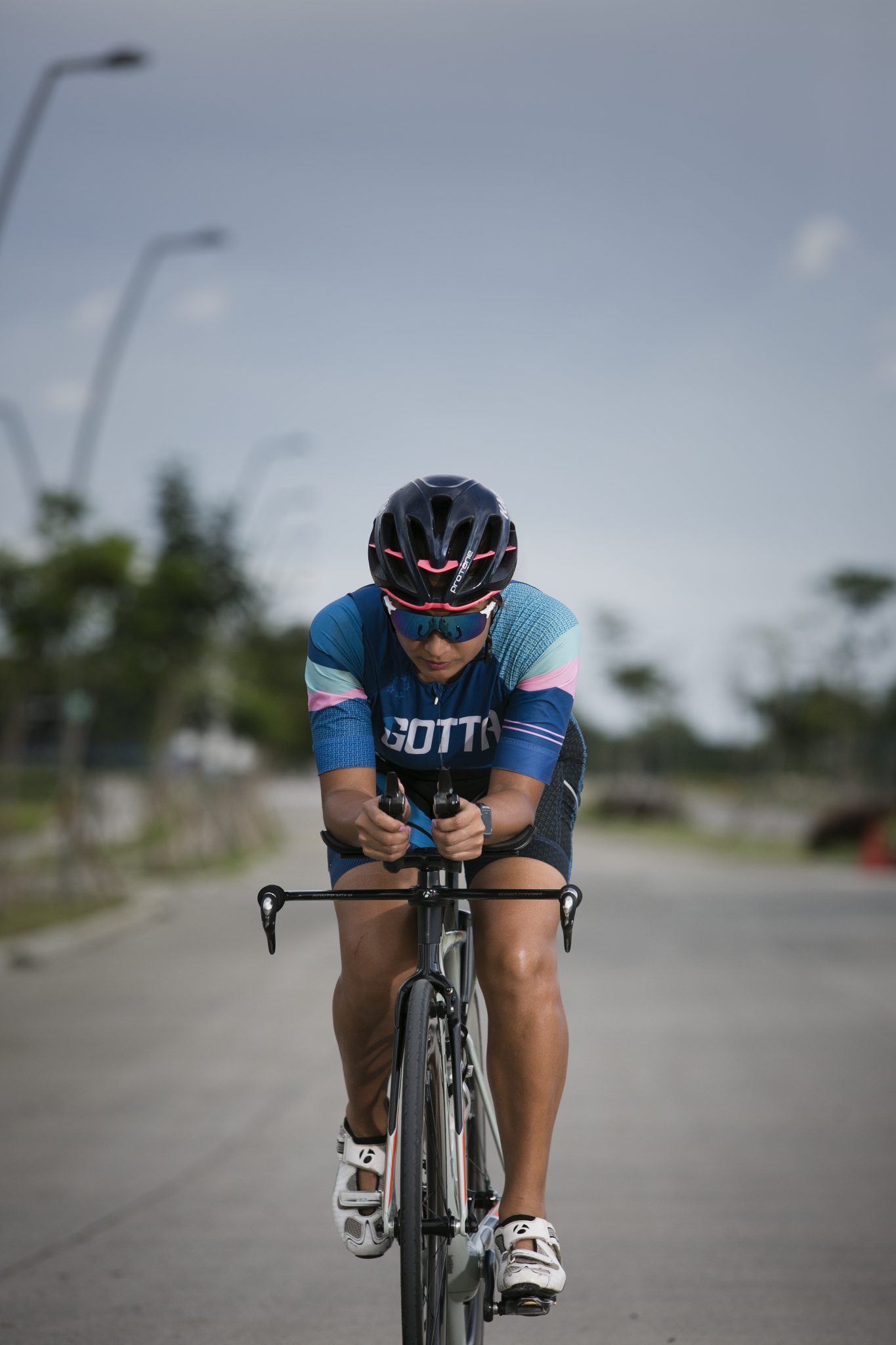 Recalling her experience at Musa Man—another bad race because she forgot to load up on nutrition, Paraiso echoes such a sentiment. “Those quotable quotes are true—that when your legs give up, you run with your heart and your soul. It was really that race where I learned a lot about myself. I learned that I’m really tenacious. I knew I wasn’t going to break my personal records, but I still wanted to chase that sub three time for a 5150, which I did. My game plan was out the window, so it just ended with me dragging myself to the finish line. But yeah, I’m happy I still finished.”

As for her plans of redemption for the upcoming race in Cebu, the first line of action is:

“Not get lost in the swim.”