Last year’s female pro champion in the inaugural Alveo Ironman 70.3 Radka Kahlefeldt defends her title in the second edition of the Davao race as she outlasted Switzerland’s Caroline Steffen. 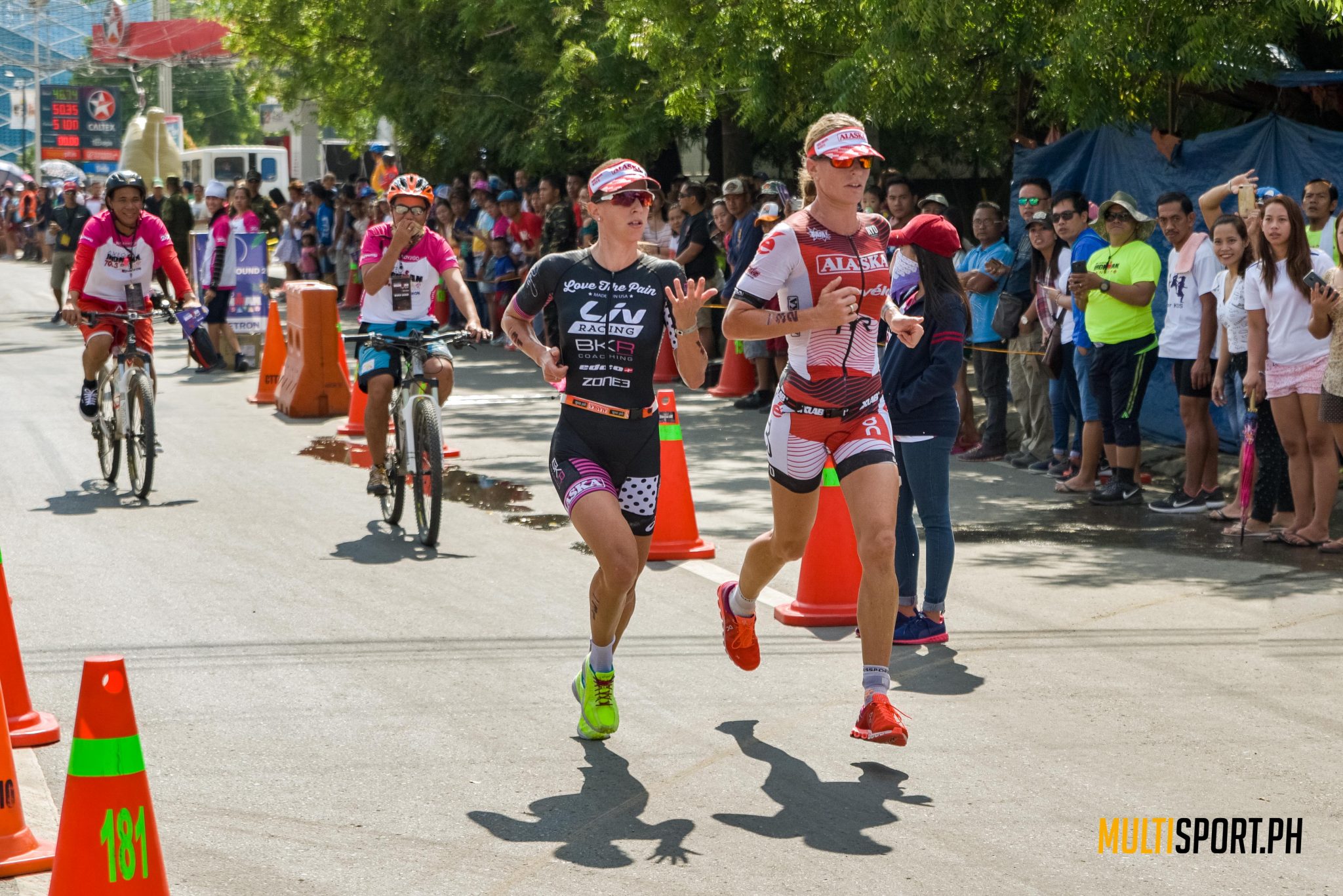 Minutes into the race, the two athletes were almost inseparable. There was hardly a difference in their respective paces and distances, with Steffen initially taking the lead by about a meter as the women took on the swim course. Meanwhile, Australia’s Kirrallee Seidel and Dimity Lee Duke trailed closely, with each athlete maintaining third and fourth place, respectively, until reaching the end of the swim course.

But about 20 minutes in, all eyes were on Kahlefeldt and Steffen. The former was the first female pro out of the water, finishing the 1.9-kilometer swim track in 26 minutes and 54 seconds. Three seconds later and Steffen was out of the water as well. 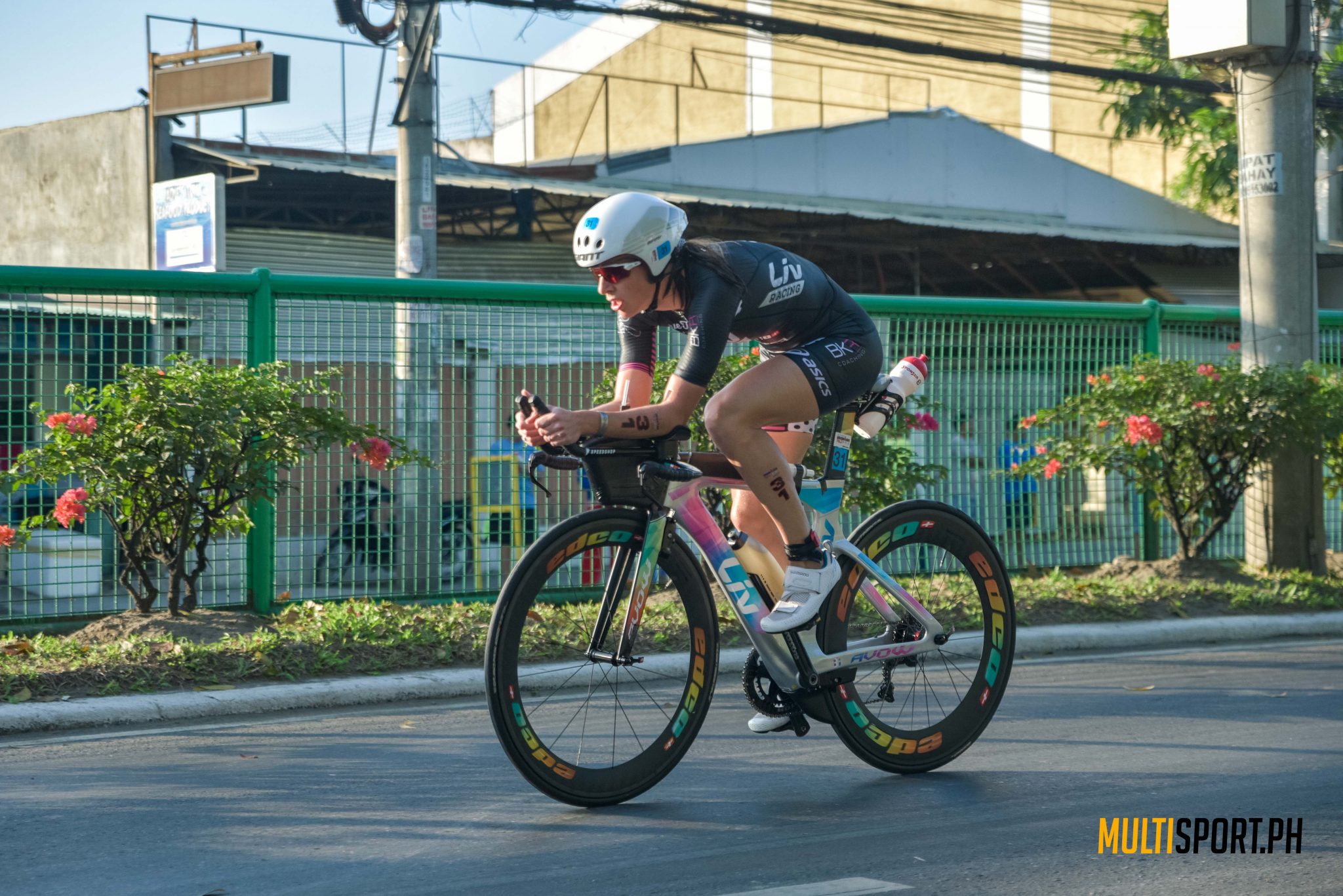 By that point, Steffen was ahead by about a meter, yet in the end, it was Kahlefeldt who completed the second transition first, gaining a one-second lead over Steffen as both athletes headed to the two-loop course for the last leg of the race.

Again, they were inseparable; there was almost no telling who among the two athletes were going to reach the finish line first. While Kahlefeldt’s lead gradually grew by more than one second, the five-kilometer mark of the run leg had Steffen closing the gap between them.

Eventually, though, it became clear that the 34-year-old Czech athlete was more than determined to defend her title: In the last five kilometers of the run, Kahlefeldt gained a half-kilometer lead over Steffen. After a total of four hours and 16 minutes, Kahlefeldt reached the finish line, turning her initial three-second lead over the Swiss athlete into a solid three-minute advantage over the latter’s total time of four hours and 19 minutes. 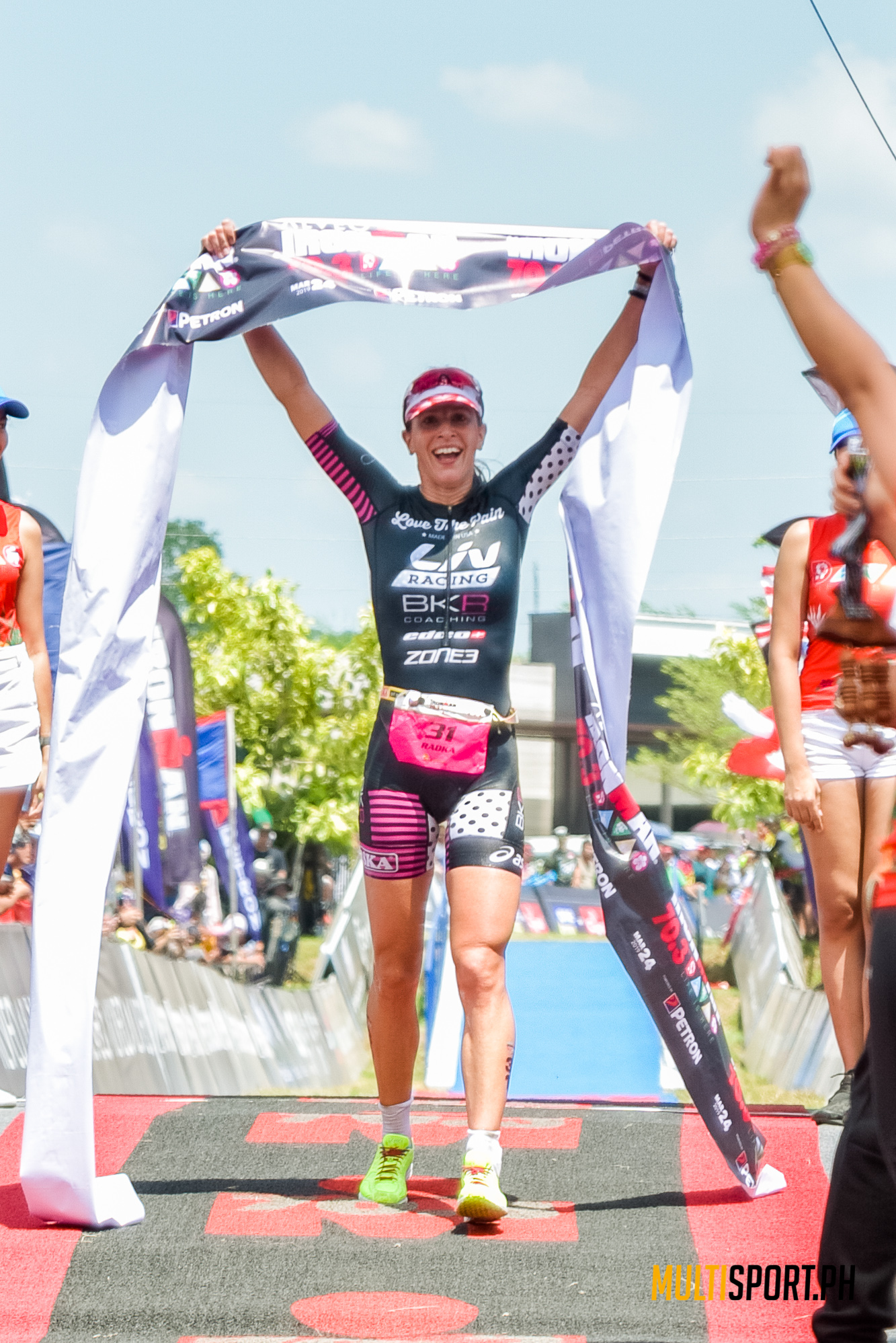 Kahlefeldt finished the race in 4:16 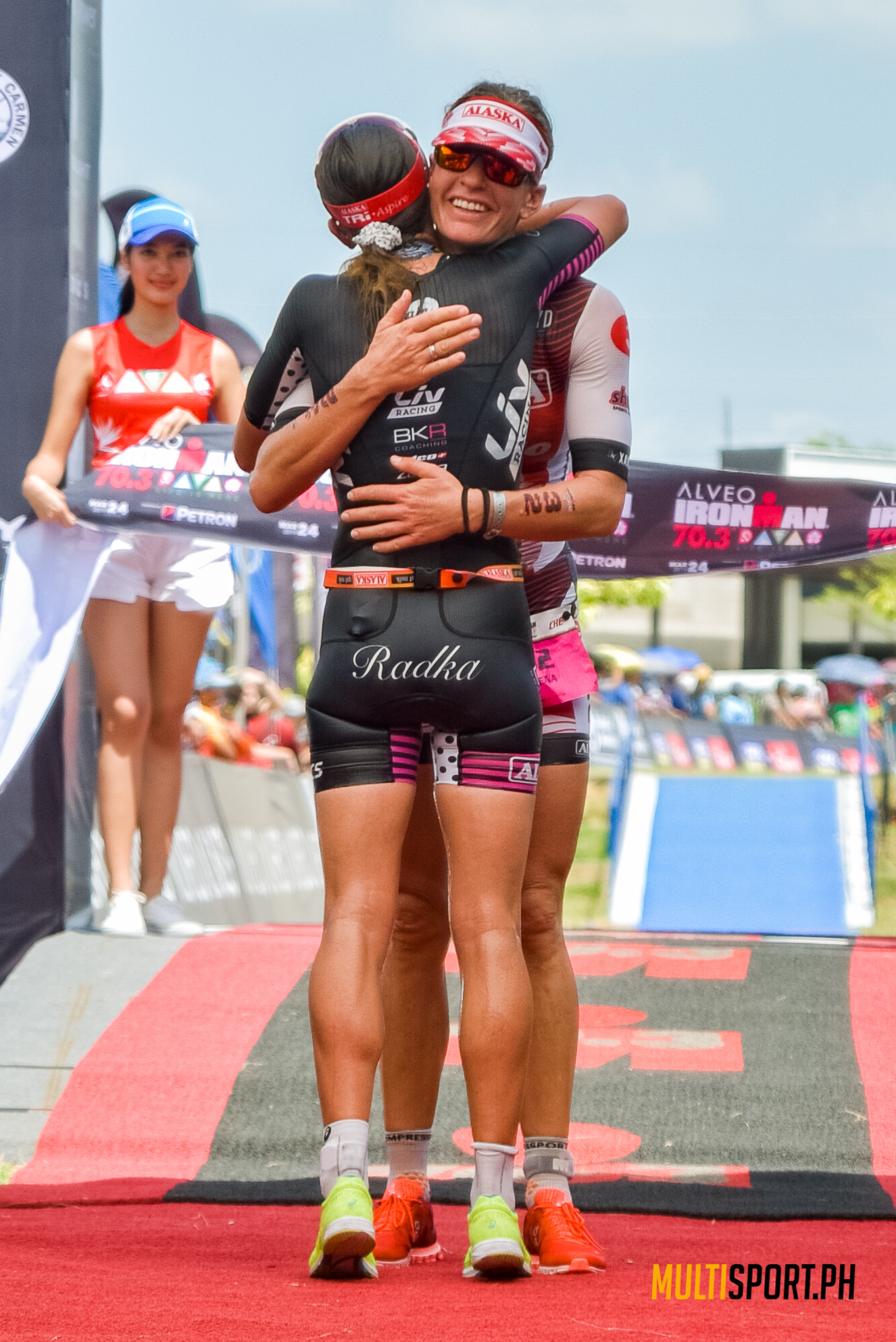 Soon after that, Seidel (4:28) and Duke (4:32) emerged from the finish line, each of them sealing the third and fourth place  their initial spots in the race.

Later that day, Kahlefeldt said: “It’s never easy to race against Caroline.” It showed. Steffen’s relentless attempts to take the lead—besides being perfect testaments to her caliber as an athlete—set side by side with Kahlefeldt’s unending perseverance to defend her title  made the Elite Female race perhaps the most compelling part of the event.

If Kahlefeldt succeeded in defending her title, things weren’t as good for last year’s male pro champion. Mexico’s Mauricio Mendez suffered a technical mishap during the bike leg of the race, which pushed him to ninth place in the male pro leaderboard by the time he reached the 45-kilometer mark. The top three leaders at that point were Germany’s Markus Rolli (who was also the first to finish the swim course with a time of 23 minutes and 22 seconds), France’s Antony Costes, and Australia’s Tim Van Berkel. Costes was soon overtaken by Ironman hall-of-famer Craig Alexander, who would maintain a close distance behind the still leading Rolli.

Rolli was first to finish the bike course

As the male pros entered the run course, it became relatively easy to predict some of the race’s outcomes. For one, Rolli eventually cemented a solid eight-minute advantage over Alexander, so it was almost  safe to bet at that point that the German triathlete was going to be crowned as this year’s male pro champion.

Meanwhile, Alexander maintained a respectable distance (more than one kilometer) from the rest of the men in the leaderboard. It was the fight for third place that was much harder to read: Van Berkel had a one-meter advantage over Tim Reed and Sam Betten, but mostly there was almost no distance difference between the three men. 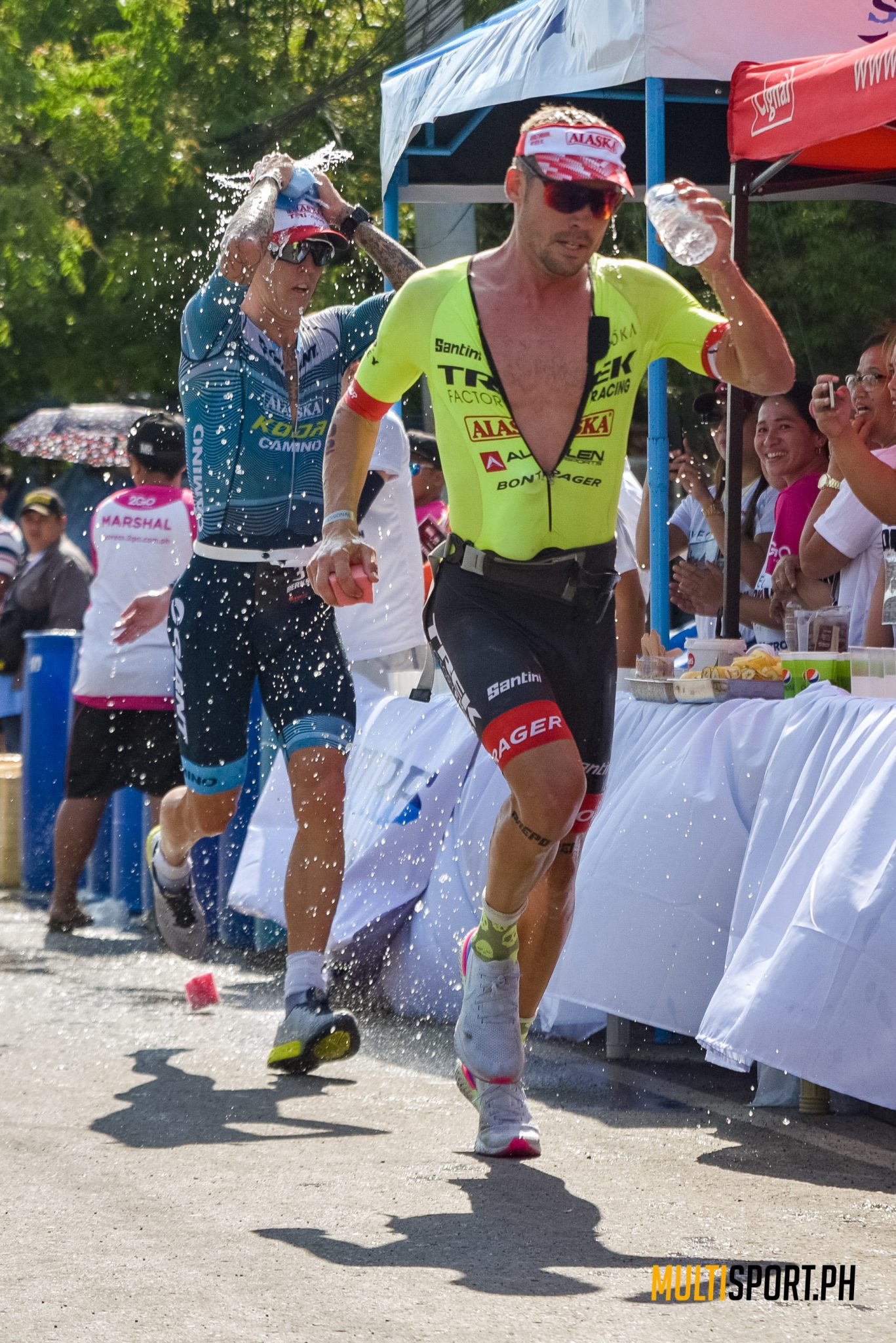 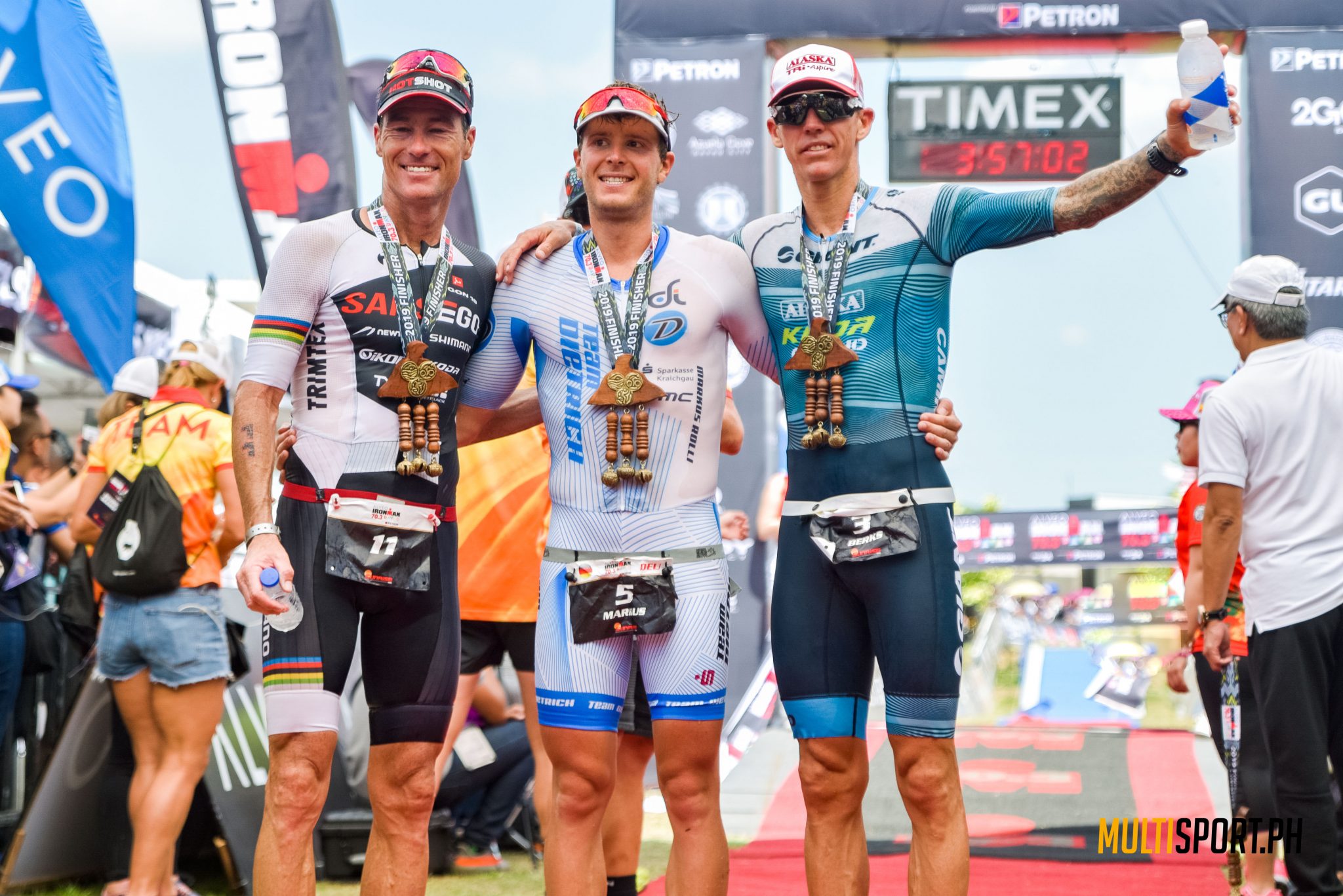 It’s worth noting that the German triathlete only started competing professionally in 2017, but if there’s anything that’s exceptionally impressive about the 26-year-old’s performance, it’s consistency. He was the first out of the water, the first out of the bike course, and the first to reach the finish line—a feat in the world of triathlon. 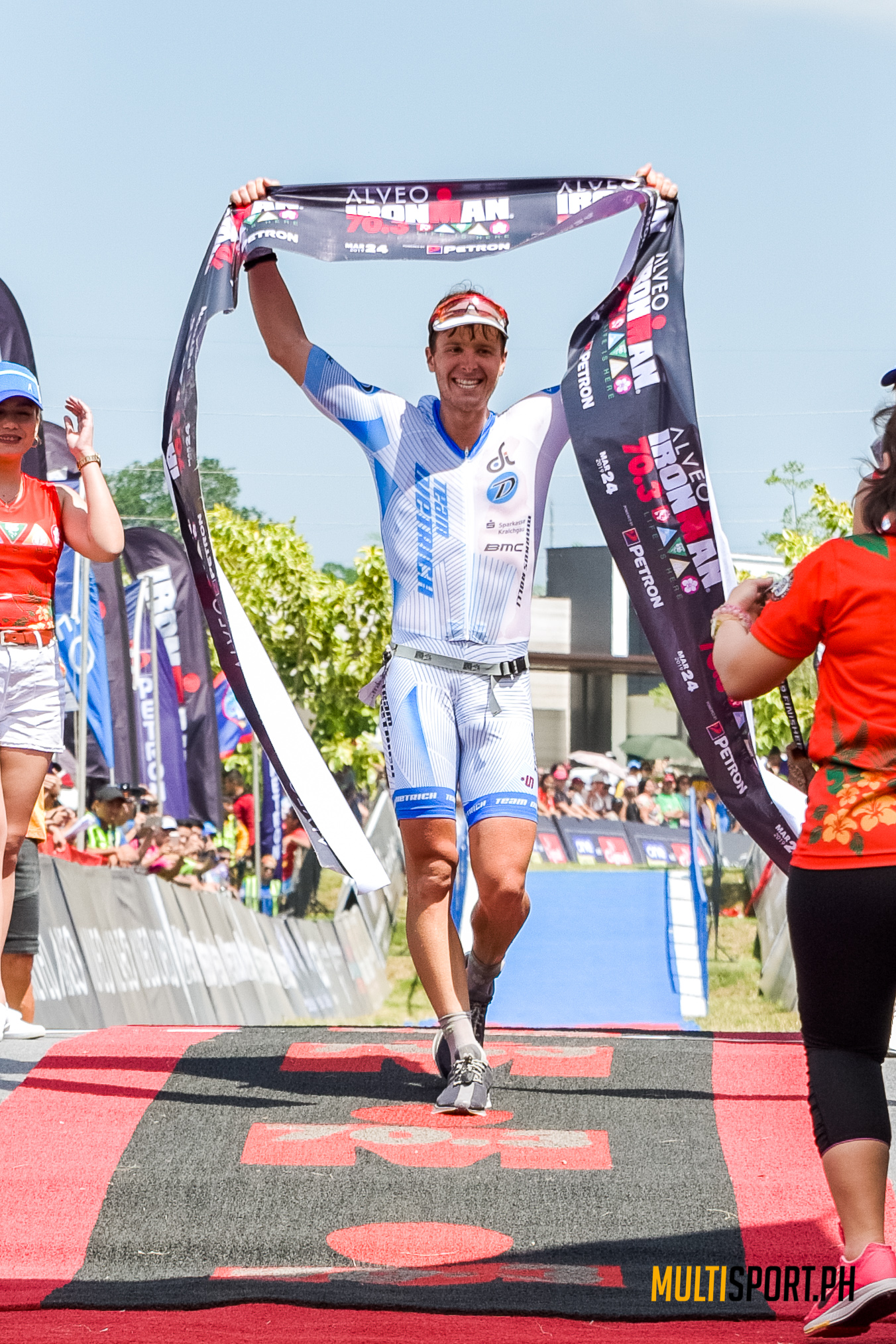 August Benedicto was the first Asian Elite who reached the finish line, sealing a four-minute time advantage against Jorry Ycong’s  four hours and 33 minutes. Benedicto and Ycong both achieved podium finishes in the first Alveo Ironman 70.3 Davao, with the latter taking first place. 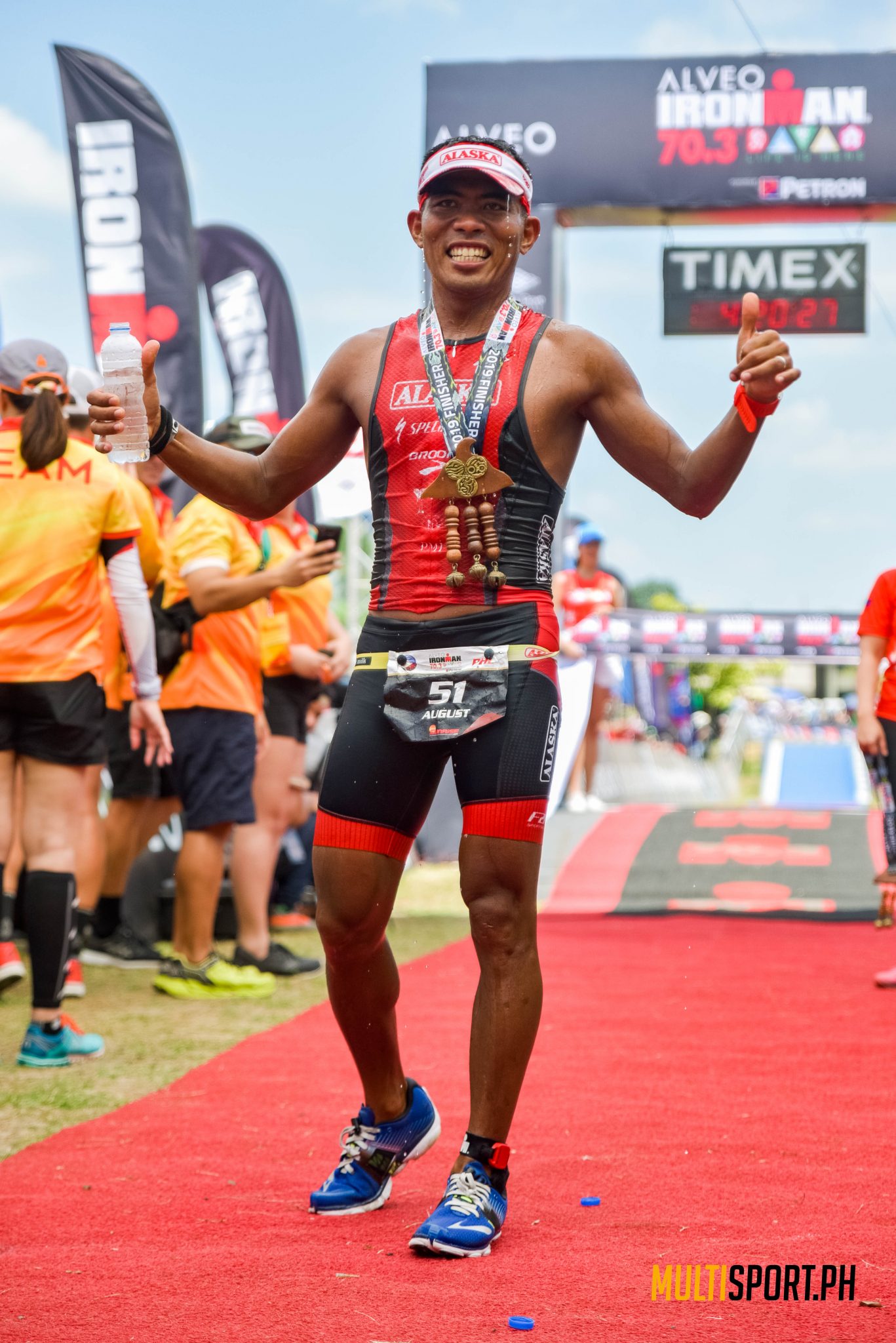 Here’s how athletes are coping with the COVID-19 crisis

Paratriathlete Manny Lobrigo gets even with his disability