“I used to always receive comments like ‘Wow you’re so fit or batak for a gay guy,’” says Rise Nation and The Movement Studio instructor Hans Braga.

That line caught my attention as I was transcribing Braga’s interview. As someone who’s been involved in sports since I was a kid, I’ve received my fair share of sexist comments. Often, the easiest thing to do is shrug it off and pretend that this is just how things are. But what if you can prove that gender and sexuality doesn’t mean anything in sports (or in the fitness community)?

That’s exactly what Hans Braga did. The 24-year-old has been using his fitness platforms to prove that queer people are as strong (or can even be stronger) than anyone else in the studio. Braga, who is also a freelance host and model, entered the fitness industry openly gay and now works to encourage the queer community to accept themselves, or, in his own words, be as authentic as possible.

“The best way to move past stereotypes is to be as authentic as we can. By living our truth so we can break the negative connotations thrown at us,” says Braga.

Braga has never been shy of the spotlight because musical theater was his first passion, which he says has a massive influence in his coaching style. It’s what encouraged him to be his authentic self wherever he goes and inspires others to do the same.

The Rise Nation coach always embraced his authenticity, which is why he never believed in the microaggressions first thrown at him. This continues to be the key to Braga’s success in the fitness industry, which he has been part of since 2018. He was never bothered to be on the receiving end of microaggressions, using that instead as motivation to prove that these stereotypes are just really stereotypes and nothing more. 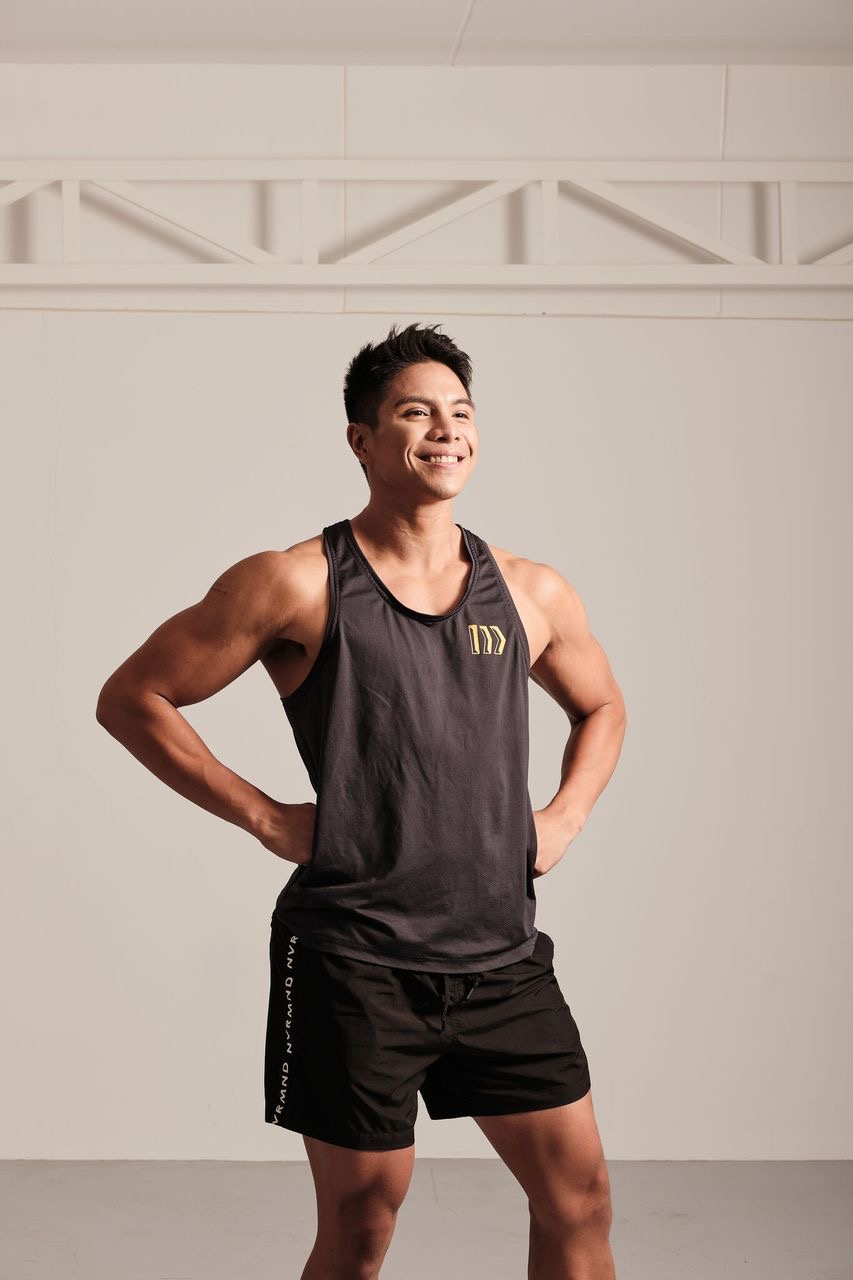 Hans Braga was the first openly-gay instructor in Ride Revolution

When and how did you learn more about your sexuality?

I always knew I was into boys. But I think the people around me knew before I did. There wasn’t really a moment where I realized I liked guys, I just always felt I was different from other kids. Maybe it was because I’m an aquarius or maybe I was just born gay. Who knows?

Were you ever belittled for your sexuality in the fitness community?

I used to always receive comments like “wow you’re so fit/batak for a gay guy!” I never took offense to this and just took it as a compliment. But this kind of thinking perpetuates the idea that LGBTQ+ people can’t be strong. I’m sure people [who] say this don’t mean any harm but a shift in perspective goes a long way. LGBTQ+  people can be fit and strong, too!

The best way to move past stereotypes is to be as authentic as we can. As instructors, our platform allows us to show our communities that we can be queer and strong. By living our truth and showing people like us that it’s okay to do so, we can break the negative connotations that come with queerness.

Has your sexuality ever affected your fitness career?

Not at all! I came into the fitness industry openly gay. It’s not something I ever tried to hide. In fact, I think it helped me stand out at the time. When I first started teaching at Ride Revolution, I was the only openly gay instructor. I think this really helped me connect with a lot of riders because I was never afraid to be open about who I am and who I love.

I think most of the fitness industry is very accepting, especially group fitness. As instructors, we champion inclusivity and acceptance. These values definitely reflect in the community we foster!

Speaking of acceptance, how do you use your platform to make people from different walks of life feel that in the community?

I think the group fitness industry is making great strides in making LGBTQ+ people feel seen and included. We give people a safe space to be themselves and feel strong. I think having instructors that are open and proud resonates with a lot of students. When you see someone like you teaching, not only do you feel a connection but you feel like you could be just as strong as them. When you feel represented, you feel like you can do anything.

What’s your message to the LGBTQ+ community, especially those who are dealing with toxic masculinity?

Just live your most authentic life and the rest will follow. Trust that it’ll work out. The people that matter really dont give a f*ck. And if they do, you’re better off without them. It’s 2020, the world is ready for you!

How fitness encouraged this instructor to come out

How this dance choreographer is staying mentally strong in quarantine