A serious stroke risk led this guy to lose 62 pounds

From walking in the park to joining marathons, Derek Rapusas made a lifestyle change to save his life

Derek Rapusas has been living in Dubai for nine years, working for a pharmaceutical company. But his bright opportunity in UAE worsened an already unhealthy lifestyle. When his health finally tipped over the edge, he made the most important decision of his life.

“I have never in all my life been health-conscious. I eat what I want, I drink like the sky’s the limit, I smoke, and I care less about what I do and what I become as long as I can satisfy myself.”

Rapusas admits to having a bad lifestyle in his younger years. He would occasionally play basketball with his friends and even attended jiu-jitsu training, but none of them stuck. In 2008, he moved to Dubai to work but things spiraled out of control.

“It was literally just smoke, eat, sleep, work, repeat but more on eat, eat, eat, and eat unhealthy foods. I work six days a week on a nine-hour shift and because of the extreme weather in Dubai, I would always prefer to be indoors—unless it was to go out for work, buy stuff or at least take myself to church, malls or friends’ places during my days off. But that’s it, nothing more, nothing less.” he says. It continued on until he tipped the scales at 236 pounds.

It didn’t help that Rapusas already had issues with hypertension since college. By 2010, his health condition started becoming a problem. “I had issues with bad cholesterol, triglyceride, uric acid, high liver enzyme. You name it, I got it.” he says. 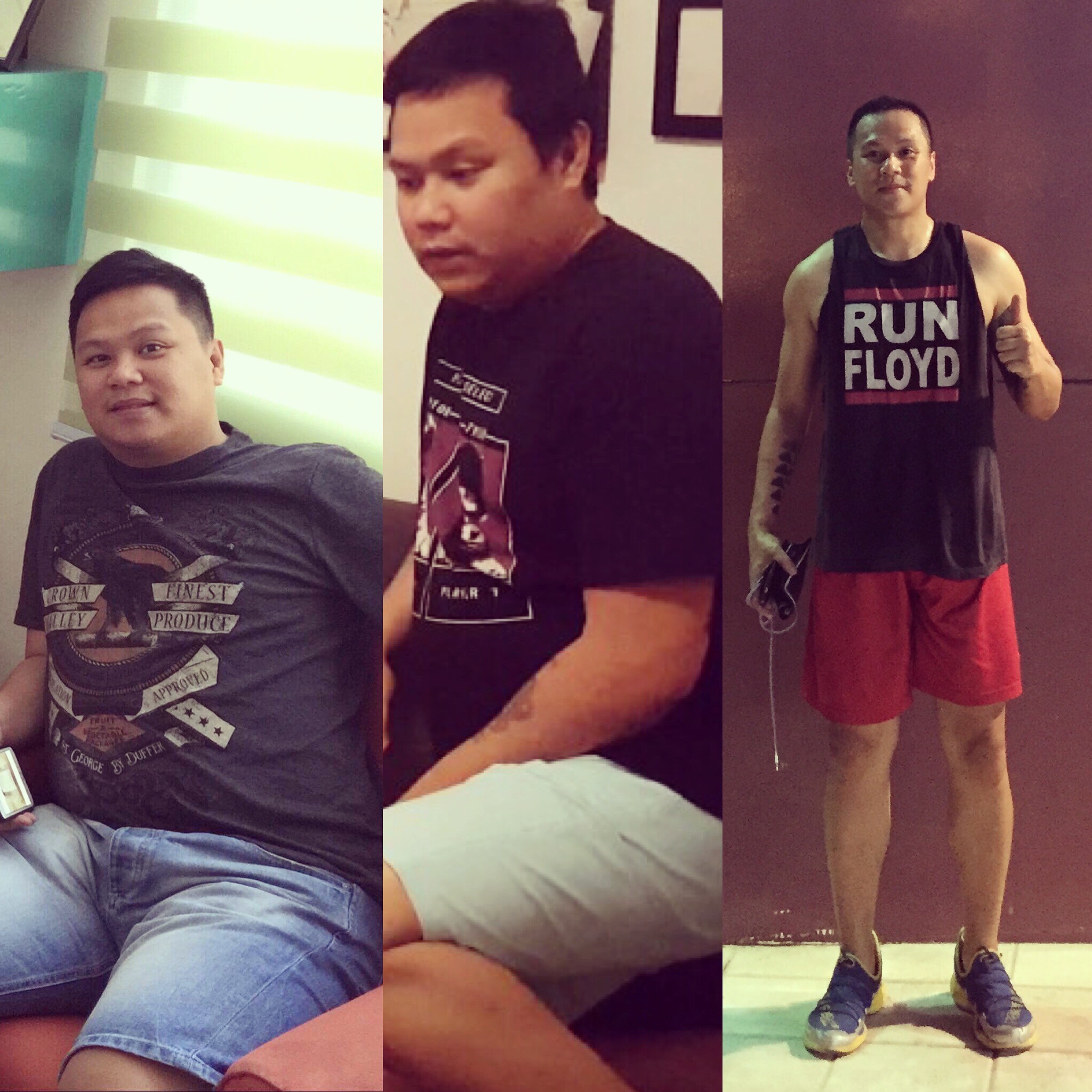 “I was given a number of maintenance medicines to be taken for three months, and I had to be monitored every time I finish a batch to know if they have to increase or decrease the dosage or if they have to omit or add more to the list. It was a hell of an experience—not to mention my struggles in dressing up and making myself look good especially for my wedding pics in January 2015.”

In May last year, he underwent his regular checkup and blood test. After two days, he was called back to the clinic. “It didn’t bother me since it has already been a normal process,” he says. The doctor informed him of the worst. “I can have a stroke anytime even though ‘I was not feeling anything different,’” he says. 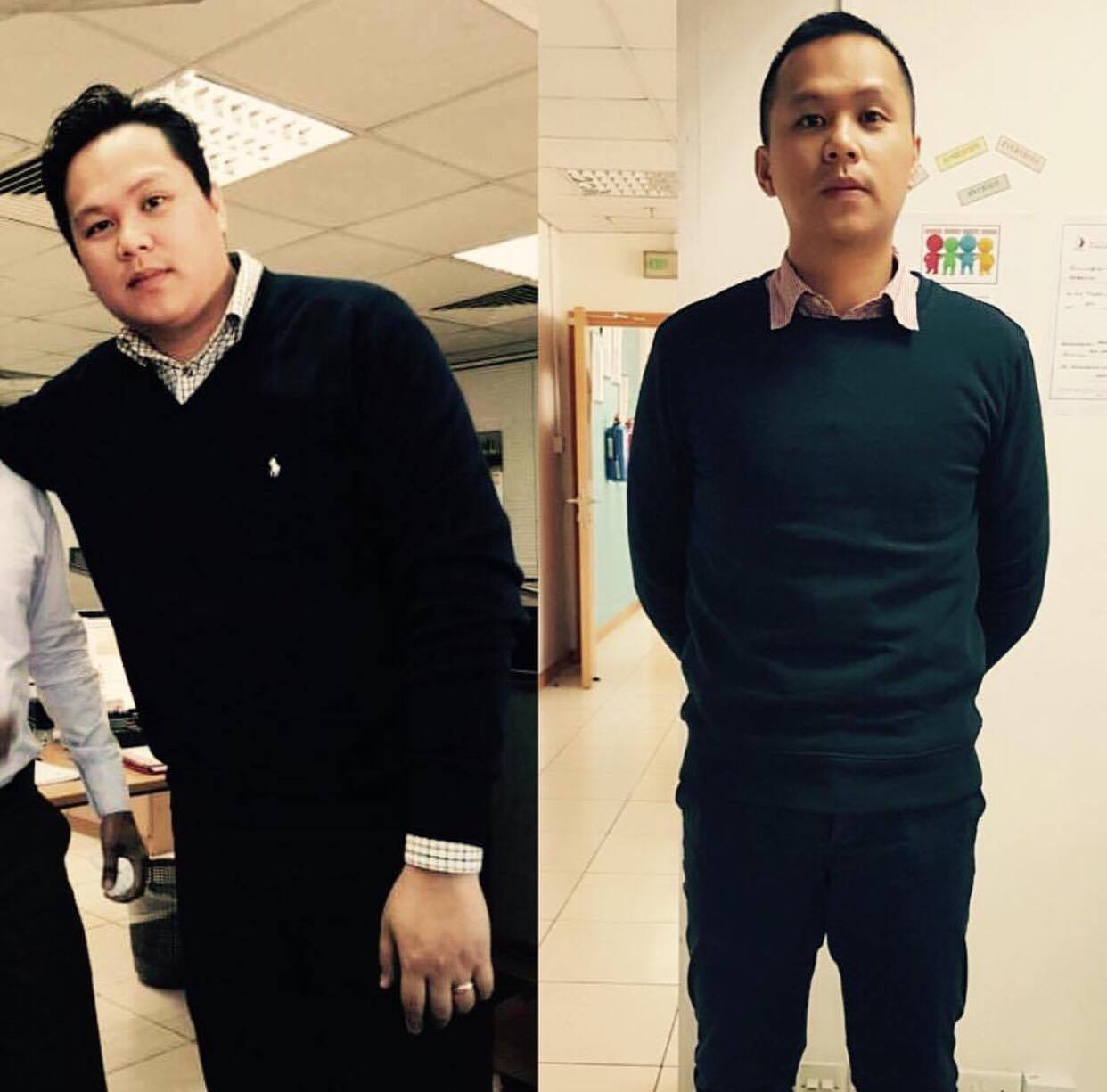 “After hearing the bad news, I got scared. One thing came to my mind: I don’t want to die yet. I knew it was a calling, and I had to do something about it. I had just been married and wanted to have my own kids,” Rapusas laments.

That’s when he started his transformation. He researched, watched weight loss videos, and followed Facebook pages to get himself motivated. The next day, he went out of his comfort zone and started walking in the park until it became a habit—from walking two rounds to running and lifting weights. Now, Rapusas runs marathons and makes it a weekly routine to run at least 45 kilometers and go to the gym five times. “We have 24 hours a day. Giving yourself at least half an hour will make a huge difference.” 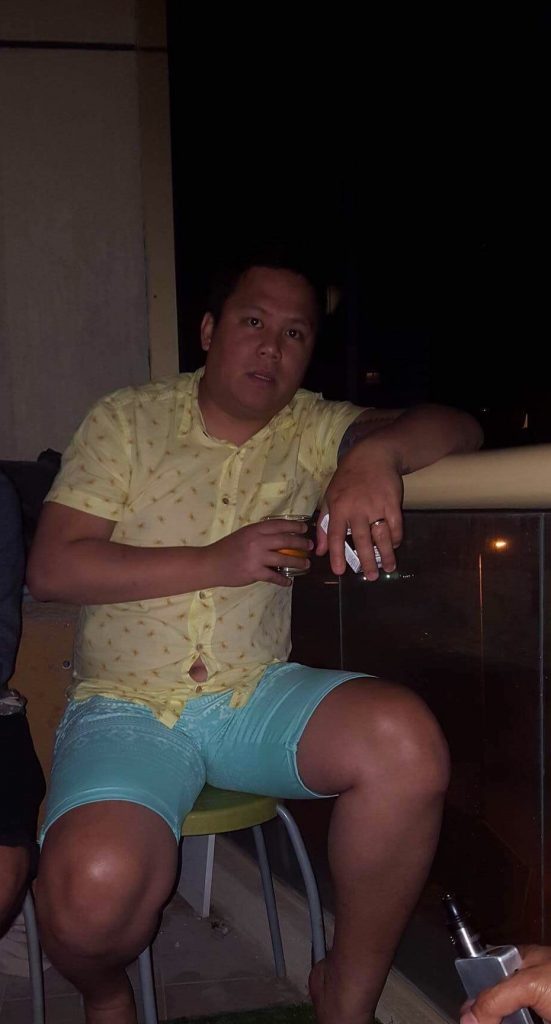 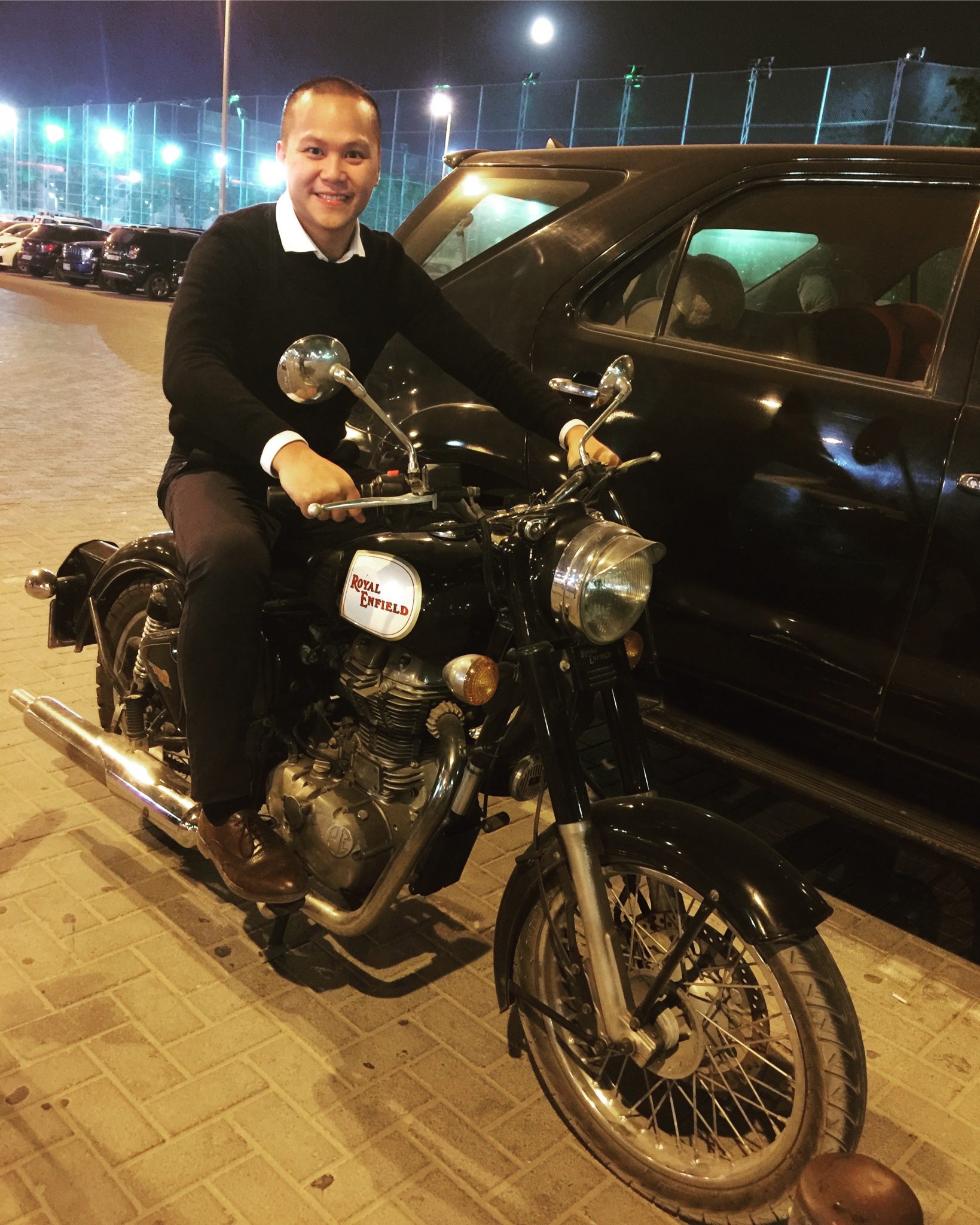 Rapusas committed himself to getting stronger and leaner every day. He makes it a point to get rid of his unhealthy habits in the past, like smoking and eating junk food.

“From eating junk to eating healthy, it wasn’t an easy journey. It takes so much time and effort and most importantly, passion and discipline,” he says. “It was a struggle. My body is pulling me down while my mind is pulling me up. Cravings and temptations are extremes! But at the end of the day, my mind always wins.”

Now, Rapusas runs marathons and makes it a weekly routine to run at least 45 kilometers and go to the gym five times

After a year, Rapusas is now down to 174 pounds, and his goal is to inspire other people with his story. Training hard and eating right became his new passion. He stresses that change isn’t done overnight and you have to work hard and test the limits to achieve your goals.

“I’ve had so many ups and downs, sweat, tears, you name it. But in the end, I pulled through and reminded myself every single day why I do this and continued to work towards my goals.”