You can succeed in sports even without international training

The future of Philippine triathlon is here. And he hasn’t even taken up the sport yet.

Not because he doesn’t have the credentials or doesn’t believe in his potential; the moment just isn’t right for him yet. A duathlete for the Standard Insurance Team, Delos Reyes is content to conquer national duathlons, fierce rivals, and, not surprisingly, himself before he can even consider taking up triathlon. That’s how it’s always been for the mild-mannered Delos Reyes whose biking prowess was honed in the rocky, rugged terrain of Mindanao. 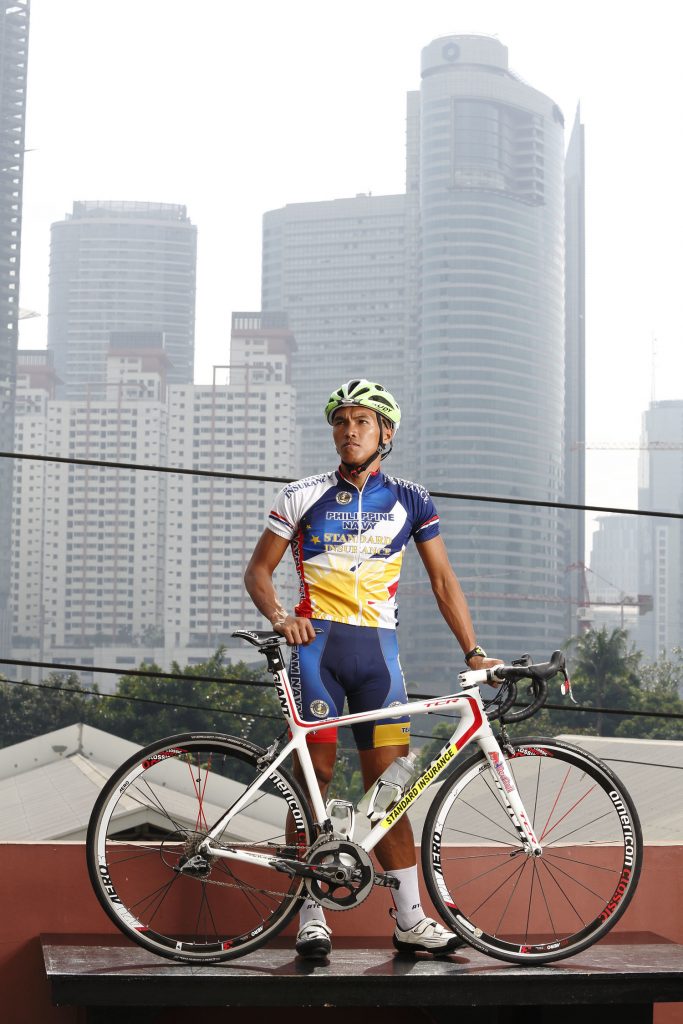 “Nag-compete din ako sa Tour de Fabian sa Zamboanga from 2007 to 2012, five years straight akong champion sa mountain biking.” His immense physical abilities coupled with his 12-year cycling experience prompted his coaches to cajole him into trying out duathlon. And good thing he did as Delos Reyes has been notching podium finish after podium finish, which amusingly led to him being banned from his age group. He has since been competing as an elite last year.

Meet Francis Lim, the chef who embraced cycling and the joys that come with it