Drinking too much water can be deadly

Knowing when and how much water to drink can arm you against this rare, lethal condition

Water is our friend, but it also can turn into our enemy.

When I was a newbie, I was advised to drink water and sports drink alternately every hour or at every hydration station. Some advised drinking at least a bottle of fluids every hour. They say that it’s better to drink before you feel thirsty since it will be harder to catch up and rehydrate once you’re running low on fluids.

Sounds rational so I followed their advice.  But I ended up feeling bloated, heavy, nauseous, and, worse, my fingers went numb and my hands got swollen. I knew I drank too much. These are early signs of hyponatremia (low sodium levels) or water intoxication. Too much fluid can dilute the amount of sodium in the blood, resulting in relatively lower sodium to water ratio.

Dangerously low sodium level signs include swelling, dizziness, loss of consciousness, and seizures, all of which are symptoms of exercise-associated hyponatremia. More athletes have been reported to die because of hyponatremia than dehydration, and the risk is elevated for endurance athletes.

We already know that during exercise, we lose a lot of body fluids through sweat and that sweat rates differ for every person (30-240ml per hour). But it’s just as important to know that we also lose variable amounts of electrolytes, particularly sodium, in sweat. Dehydration sets in when we lose two to three percent of our total body weight during training. This manifests itself through the onset of muscle cramps, increased fatigue, decreased athletic performance, and increased risk of heat stress.

More athletes have been reported to die because of hyponatremia than dehydration, and the risk is elevated for endurance athletes

Now that you’re equipped with all this scientific evidence, I urge athletes of all fitness levels—pros, elites, or even recreational triathletes—to use this knowledge. Replace fluids based on weight loss instead of guesswork. Weigh yourself before and after an hour of training. The difference would be a ballpark figure of your sweat rate or fluid and electrolyte loss. Conditions such as the climate, humidity, and altitude will also affect sweat rate. Measuring pre- and post-race weight to determine proper fluid intake is in fact implemented in several Ironman medical tents such as those in Cairns and Kona. In an effort to avoid dehydration, many triathletes tend to overhydrate especially when the race day conditions are hot and humid. 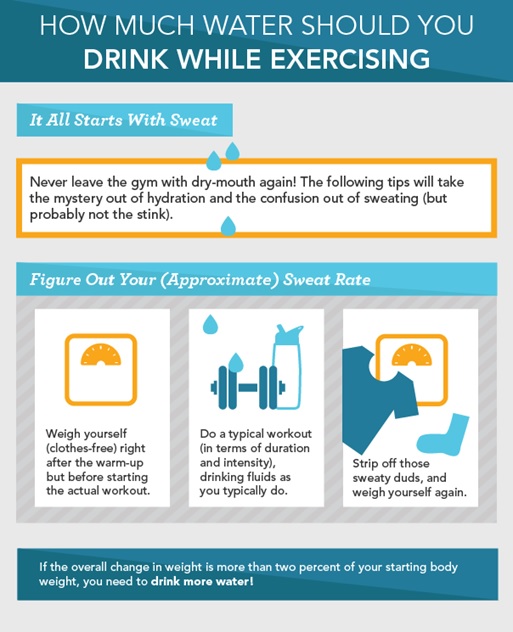 Another practical method is by observing the color of your urine to know if you are adequately hydrated. 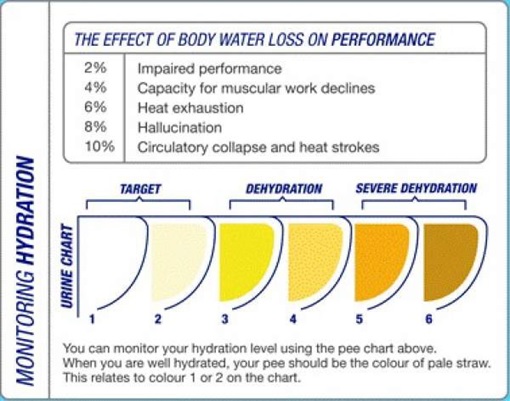 If drinking too much water causes dilutional hyponatremia, should we consume salt instead?

We lose at least one gram of sodium per liter of sweat. That’s not a lot, unless you sweat profusely. Guidelines suggest increasing your intake of salty food or incorporating a little salt in your daily nutrition. That should be enough to replace the sodium you lost. After three hours of racing, sodium levels could be 0.5 to one gram lower in the blood stream.

Smaller athletes sweat less. However, for hot and humid long distance races, the heat could be brutal so you should expect to lose a lot of fluid, especially if you are a heavy sweater. Keep salt sticks handy when racing and training so you can keep up with your sodium needs. Each capsule contains at least 215 to 250 mg of sodium. Too much sodium or salt can make you even thirstier and more dehydrated so use it with caution.

What Do the Experts Say?

The 2015 Consensus Guidelines on EAH have this as their final say:

We have an innate and very reliable thirst switch in our brains that have mechanisms to avoid excessive fluid intake: making us feel that drinking is unpleasant and feeling bloated. Overriding this switch with continued drinking is unnecessary and potentially dangerous. Listening to your body is still your best bet.

Running on soft drink: My on-and-off relationship with diet soda

How dehydration can wreak havoc on your body

How to exercise safely in the heat

Yes, muscle fatigue is real and here’s how to avoid it