There’s nowhere to go but up.

That adage seems to be true as you point your bike down towards the end of Marcos Highway and into Rizal, from which every road seems to go up. We tackled one route last time, climbing Antipolo, down Morong, and on to Bugarin, where the road turns south into Laguna. This time we go further along following Marcos Highway towards the Sierra Madre mountain range, and the Sierra Madre Hotel. 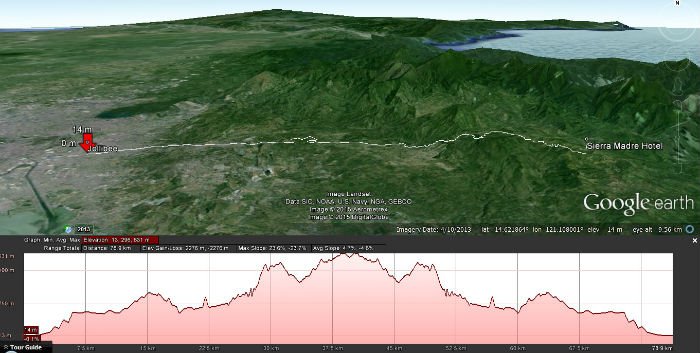 The Sierra Madre mountain range starts in Quezon and stretches north, passing Rizal, Bulacan, Nueva Ecija, and further on to Cagayan Province. Coming from Quezon City, the Marikina-Infanta Highway (more commonly known as Marcos Highway) crosses the range, connecting Manila to Quezon. Sitting atop a ridge around 40 kilometers from Marikina and approximately 630 meters above sea level, sits the Sierra Madre Hotel, which has for years been the turnaround point for classic rides.

After crossing Sumulong Highway, Marcos Highway slowly undulates upwards past Marikina City, and into Cogeo in Rizal. The usual road congestion is something to bear with in the first 10 kilometers or so until the first climb takes you up 350 meters above sea level to Sitio Cabading.

At the top, on another ridge with a magnificent view, is one of the few rest stops along the way. The road dips down a bit to around 450 meters before the seven-kilometer climb up Sierra Madre Hotel. At about 630 meters above sea level, the air is always noticeably cooler and practically frigid between December to February

Back in the day, there were only a few sari-sari stores stocked with warm Pop cola, but now there’s more infrastructure, including a rest stop that caters to cyclists as more and more people have began to frequent the route. Some cyclists meet up and start their rides here to avoid the hassle of going through traffic along Cogeo. For mountain bikers, there’s an access road that leads to the trail system up Maarat and Timberland Heights in San Mateo, Rizal.

From Cabading, the road points down into Boso Boso, from which the climb up to the Sierra Madre Hotel around 20 kilometers away, begins in earnest. While not particularly hard, the road goes up steadily for around 10 kilometers. The first brief respite is at Garden Cottages, which looks out further into Sierra Madre. From here you can also see, the next climb to be tackled, only a kilometer long but looks like it goes straight up a wall for 200 meters.

At the top, on another ridge with a magnificent view, is one of the few rest stops along the way. The road dips down a bit to around 450 meters before the seven-kilometer climb up Sierra Madre Hotel. At about 630 meters above sea level, the air is always noticeably cooler and practically frigid between December to February. It can be quite windy during this time too, making those climbs harder as you’re buffeted by monsoon season winds. The trip back is usually faster as there are more descents than climbs.

Onward and further, the Marikina-Infanta Highway has only recently been paved around two or three years ago so it’s now possible to ride this route down to Infante and Real. We’ll explore these interconnecting routes in the future as we delve on through the roads of Rizal, Laguna, and Quezon. 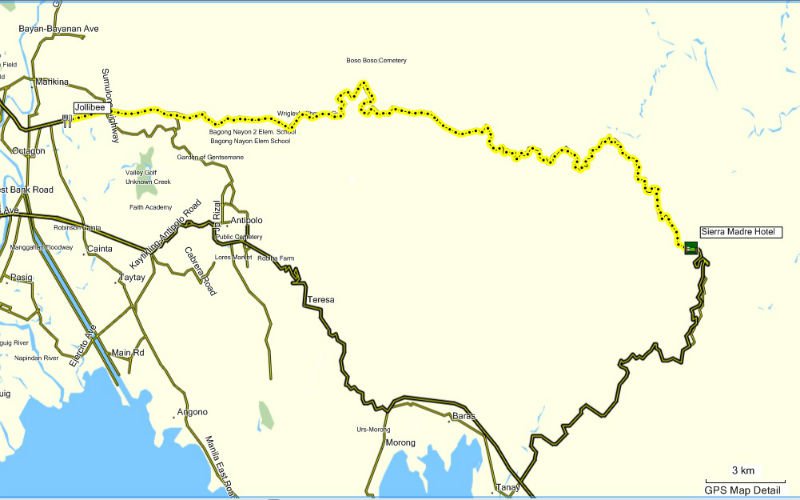 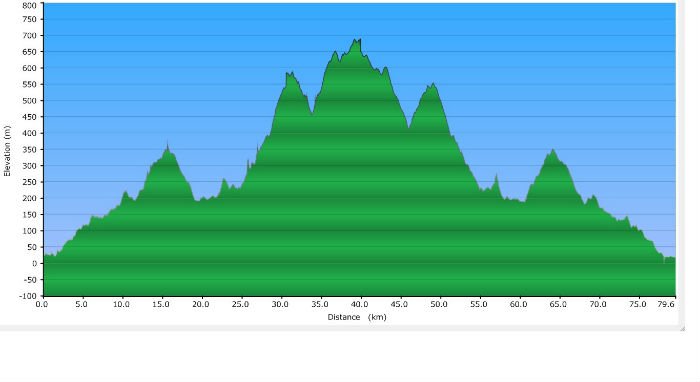