By Klyde Manansala | Photos from PBA

The Barangay Ginebra Kings sustained its winning streak after burying the Alaska Aces, 105-86, in the 2018 PBA Commissioner’s Cup last Sunday at the Smart Araneta Coliseum.

Four players from the Gin Kings finished the game with double figures—led by their import Justin Brownlee who tallied a near triple-double with 28 points, nine boards, and eight dimes despite sitting out the last quarter. L.A Tenorio contributed 12 points and five steals while Sol Mercado and Japeth Aguilar dropped 10 points apiece.

Ginebra was able to build a 25-point lead at the half, holding the Aces to just 38 points compared to their 63. Enter the third quarter, the Aces signaled a comeback after a quick 10-1 run, but Ginebra kept their composure and completely took away the Aces’ hopes to inch closer by closing out the third quarter with a 32-point margin, 90-58.

“We’re on a roll. I’m not sure what we’re doing but things are working together. But that’s basketball. Suddenly, you’ll be stopped on your tracks and you will struggle. It’s a long tournament and I hope we can keep going

This made coach Alex Compton raise the white flag before the last quarter started by sitting out his starting five as the Kings spoiled their chances of acquiring a secured twice-to-beat advantage in the quarterfinals.

The Gin Kings also performed well on the defensive end as they limited the Aces’ import Antonio Campbell to just six points on a poor 2-of-9 shooting. Compton rested him at the 5:33 mark of the third frame until the game buzzer sounded. 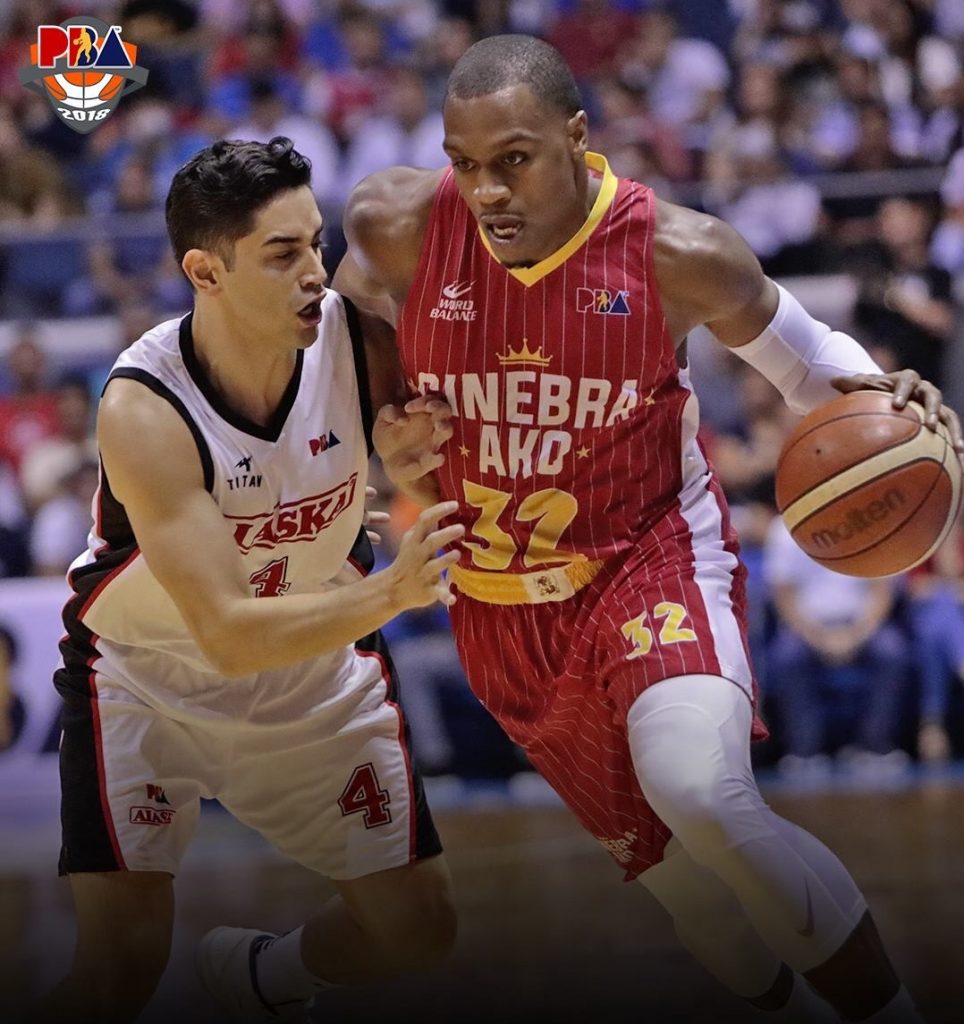 Only two Aces were able to chip in double figures with Vic Manuel sustaining his 20-point run while Jake Pascual added 11 points.

“We’re on a roll. I’m not sure what we’re doing but things are working together. But that’s basketball. Suddenly, you’ll be stopped on your tracks and you will struggle. It’s a long tournament and I hope we can keep going,” coach Tim Cone said in the PBA press conference after the game.

In the course of their last three games, the red-hot Kings defeated the NLEX Road Warriors, Magnolia Hotshots, and Columbian Dyip by an average margin of 19.6 points with Brownlee anchoring the attack. Their victory over Alaska moved them to sixth place as they share a spot with GlobalPort Batang Pier at 5-5.

Ever since Brownlee came back to replace Kings’ temporary import Charles Garcia—who played Ginebra’s first four games—Brownlee averaged 24.7 points while being the league’s assist leader with 6.5 dishes a game. The killer import’s presence steadied the Gin Kings’ ship entering the playoffs, but they still need a win from their last opponent, Batang Pier, on July 6 to officially claim a spot in the quarterfinals.

Now that Thirdy Ravena is headed to Japan, will he still qualify for the PBA draft?

PBA losing P30 million per month due to coronavirus pandemic

Racism should have no place in PH sports