In their bid to compete in the Olympics, the Philippine National Climbing Team is putting their talents to the test against the best of Asia

Aspire to inspire. A simple motivation that the Philippine National Climbing Team (PNTC) holds onto as they look to put up a good fight in their upcoming competitions in Indonesia and Japan to qualify for the 2020 Olympics in Tokyo.

Not many Filipinos are familiar with sport climbing, but with the rise of climbers like Mio Gomez, Joanne Ala, Chelle Suarez, and MilkyTejares, the relatively underground sport is ready to stake its claim in a country mostly known for its love for basketball.

“It’s very exciting actually because when I started climbing, medyo namamatay ‘yung sport and now sobrang saya to see that there’s a lot of people coming,” Gomez said on Thursday during a press conference that officially recognized their partnership with The North Face.

Last week, the PNTC joined the Asian Cup 2018 held in Bangkok, Thailand where 10 out of 12 climbers from the team made their way to the semifinals of the bouldering competition.

Among the semifinalists for the men’s division were 17-year-old Gerald Verosil, who bagged the gold medal at the 2018 Asian Cup in Hong Kong; Cagayan de Oro-native Iman Mora, who is currently ranked second in the national standings; 20-year-old climber from Cavite Zoren Legaspi; and John Veloria who ranked fifth at the 2018 Bouldering Nationals.

On the other hand, six climbers from the women’s division rounded out the 10 PNTC semifinalists from the PNTC—Liana Mora, who dominated the CDO leg of the National Championships; Tejares who sits atop of the Philippine female rankings; 24-year-old Angela Buendia; Ala, who also made the semifinals of the HK Bouldering Championships; Suarez, a gold medalist in the amateur category of the HK Cup; and Juvelle Pua, an outdoor climbing specialist. 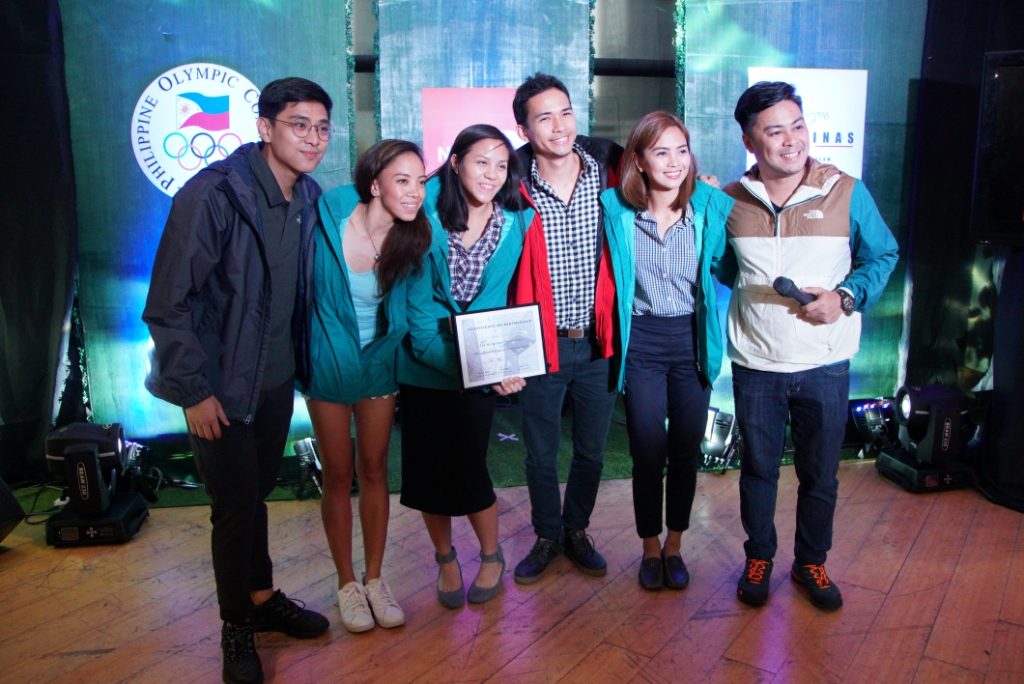 Although none made it past the semifinals, the team is still proud of their achievements despite their inexperience in speed climbing.

“It was the first time for all of us to join an international speed climbing competition but we tried the best we could. Once we have a speed facility, we will come back faster and stronger,” said PNTC in their Facebook page post.

Their stint in Bangkok Asian Cup somehow ended successfully. With their weaknesses already addressed, the PNTC looks ahead in the upcoming Asian Games in Indonesia from Aug. 18 to Sept. 2.

“We hear a lot of countries are very strong but we have to accept that we’ve done our work and as long as we give our best and execute the problems well, then the results won’t matter,” Gomez said before competing in Bangkok.

Sports climbing will make its Olympic debut in Tokyo in 2020 and only three representatives from Asia out of the 20 male and 20 female climbers will qualify. The sport will feature three disciplines: bouldering, speed climbing, and lead climbing.

“It was the first time for all of us to join an international speed climbing competition but we tried the best we could. Once we have a speed facility, we will come back faster and stronger

In terms of talent, the Spots Climbing Association of the Philippines is confident that the PNTC has the potential to perform well abroad. What the team lacks—just like any underground sports in the country—is experience.

As part of the solution, the country looks to send climbers in different international stages to further nurture the athletes’ talent as well as partnerships that provide proper support to grow in the field of climbing.

Paalam one win away from Philippines’ first Olympic boxing gold