Ford Forza delivers the showing they said they’d have

Right before yesterday’s Cobra Ironman 70.3 Asia Pacific Championship Presented by Ford, Team Ford Forza promised us that they’d be winning big and finishing strong at this year’s race. After the event, there’s no doubt that the team delivered on their promise, and going even further than that.

The biggest win came from Ford Forza’s Filipina Elite competitor Maria Hodges. Hodges came in second in the very competitive division, only behind Monica Torres. Hodges crossed the finish line a little over five hours at 5:07:02.

It was also a great day for shattering personal records. New Ford Forza member Ian Solana broke his record of finishing under five hours. Firebrand Ford Forza member Ivan Carapiet more than met his goal of coming in under five hours, crossing the finish line at 4:58:22 and putting him in fifth place in his very competitive 30-35 age group. What’s even more amazing about his performance is that he did it all with an injured hamstring, proving that he is indeed Built Ford Tough.

“First of all I have a hamstring injury, so I wasn’t expecting to run properly in the run,” said Carapiet. “I had a perfect bike, the swim was kinda slow because of the line. I had my fastest ever bike split at 2:32. The headwind was really bad, too. At 15K I wanted to give up; my legs were giving out already. In the run when I went off the bike, I started cramping. I stopped at a sari-sari store, got a handful of salt, and put it in my mouth. You gotta do what you gotta do.” Star player Matteo Guidicelli also finished better than he did last year, shaving more than 10 minutes off his final time at 5:31:34. 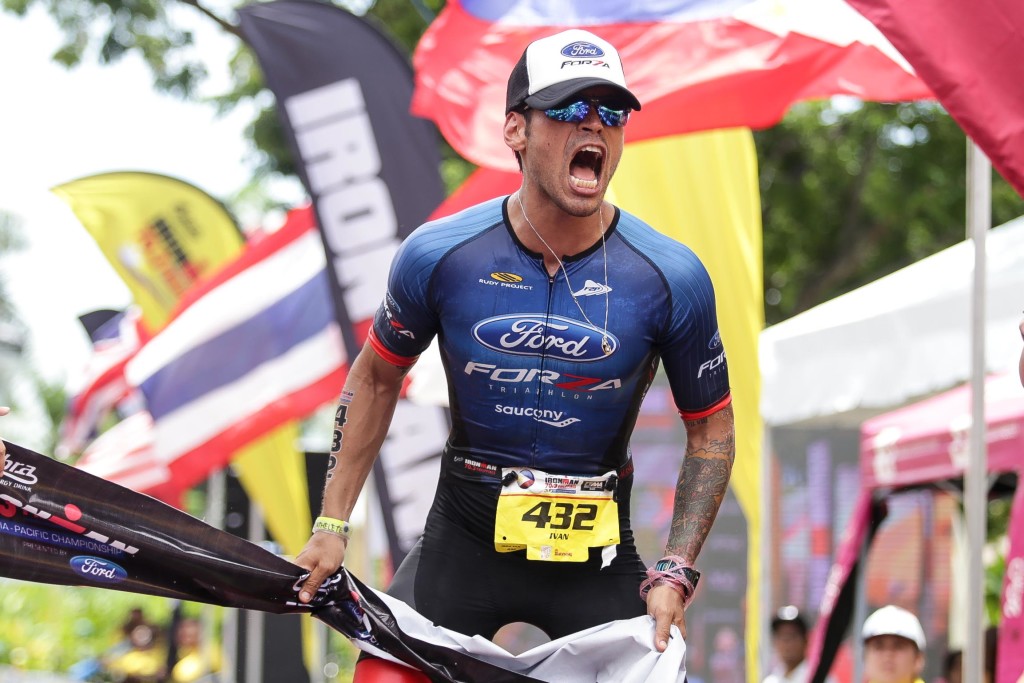 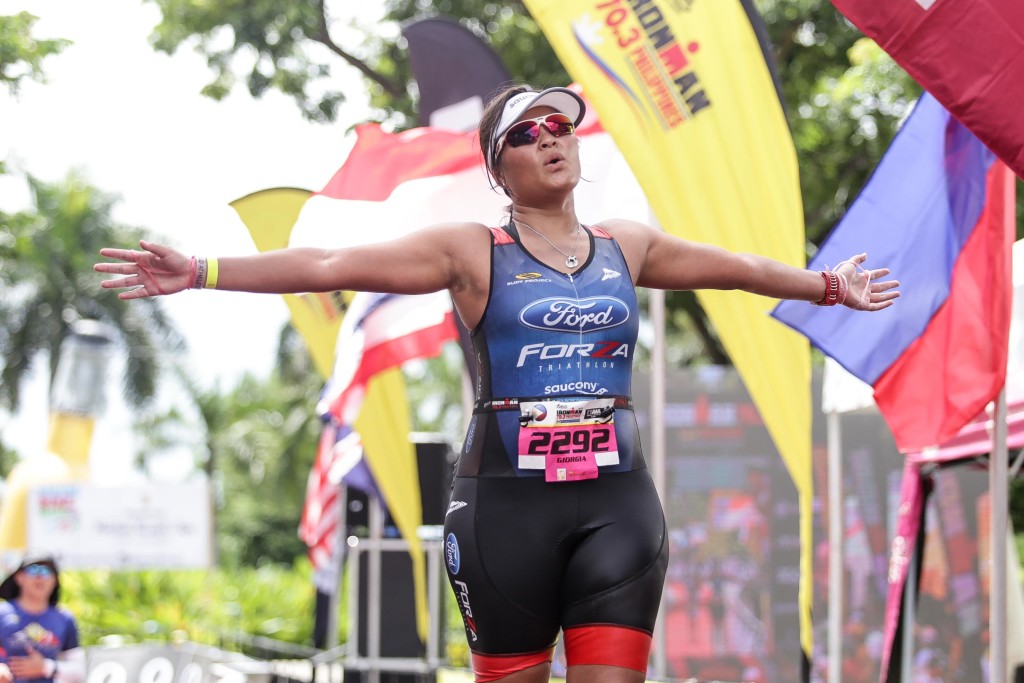 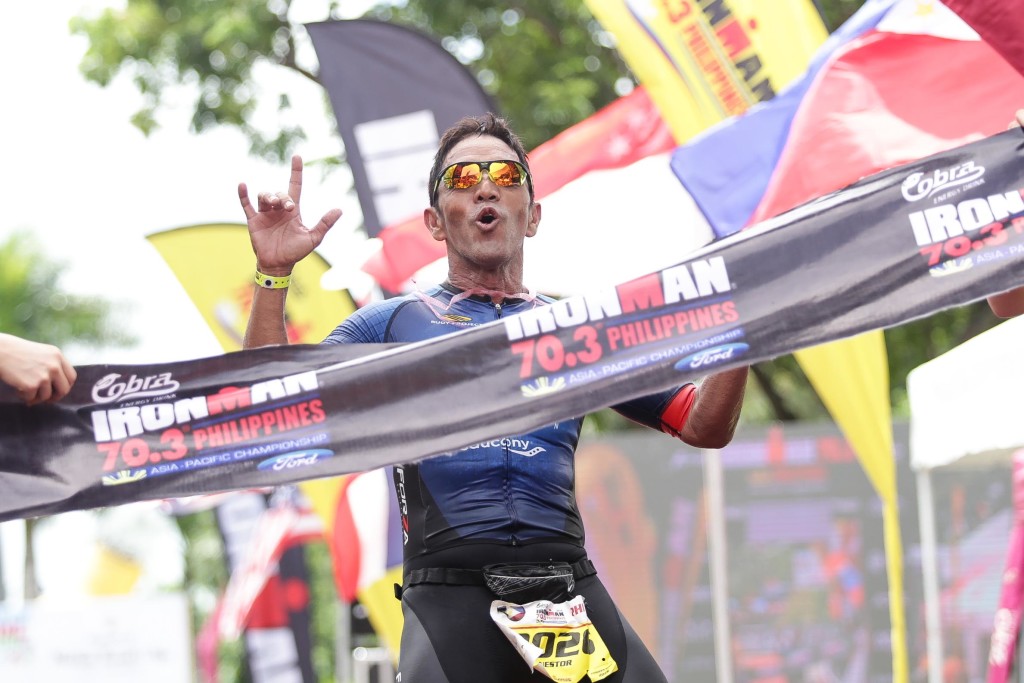 “For some of us, it’s not just to break records but to prove to ourselves that we can finish strong, take charge of ourselves, and go further with our finishes,” he says. 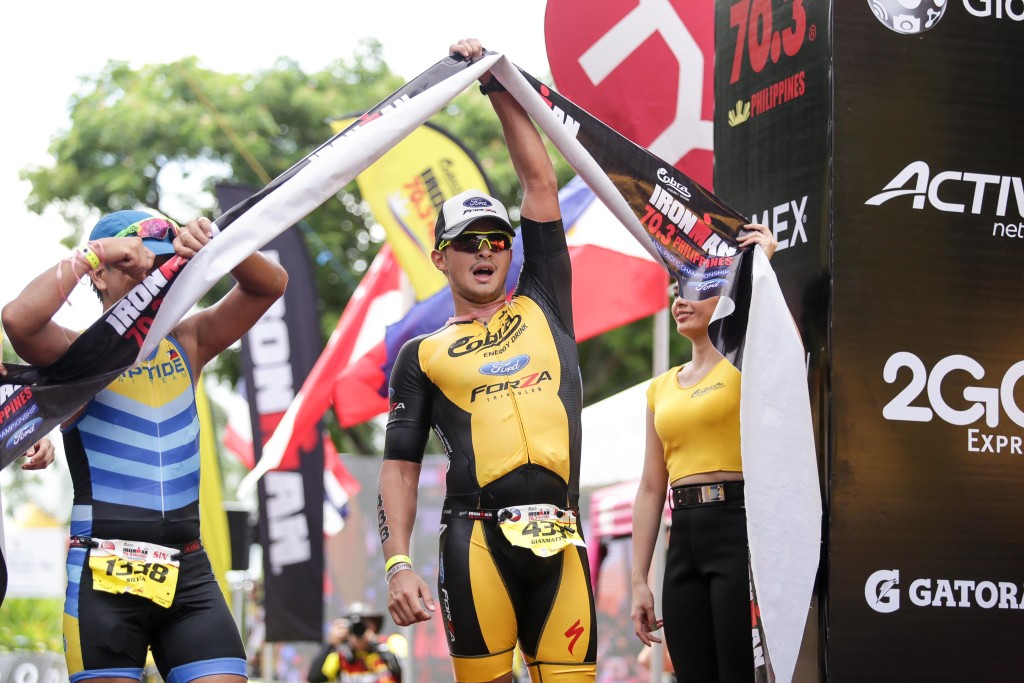 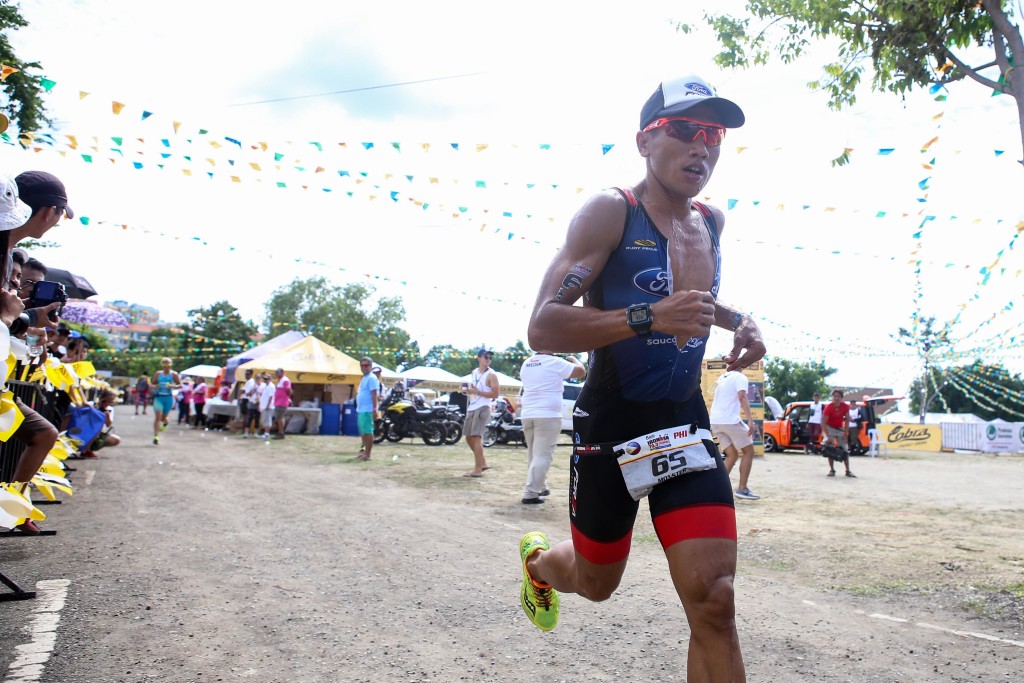 It helped that the weather was a lot better this year than it was last year, with a strong current in the swim leg. This year’s race was a cloudy, windy affair that turned dangerously hot as the morning went on.

“We know the course [because we’re from Cebu],” said team captain Gianluca Guidicelli, who finished the race in under six hours. “But despite that it is not an easy race because of the heat and probably a lot of wind on the course. You don’t really know what is going on. The weather can change—it can be raining and suddenly, it can be very windy, or it could be very hot.” 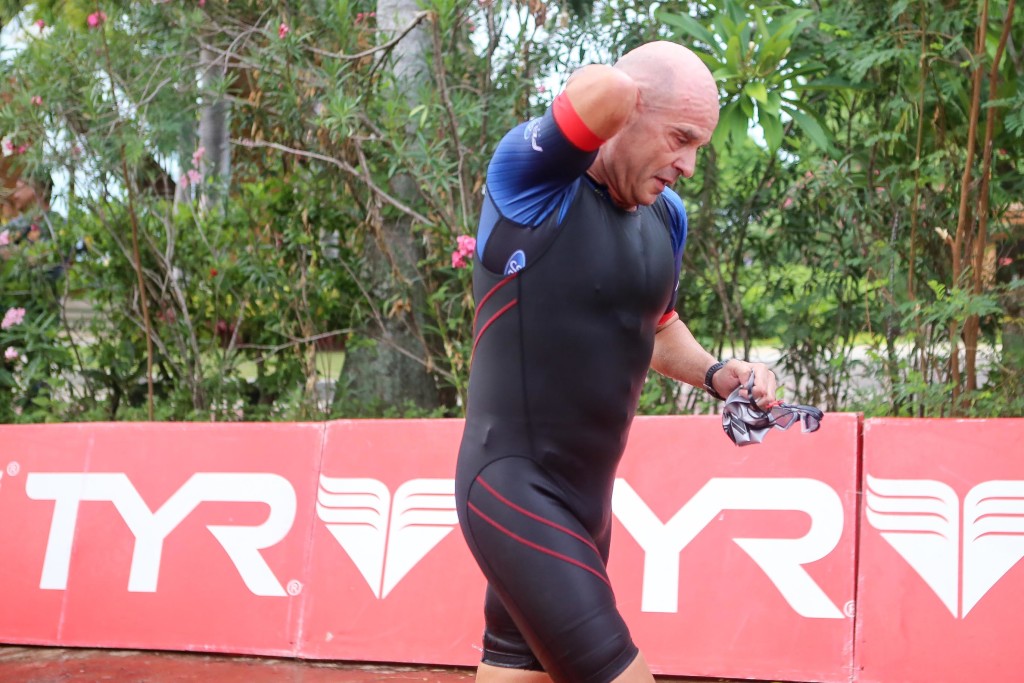 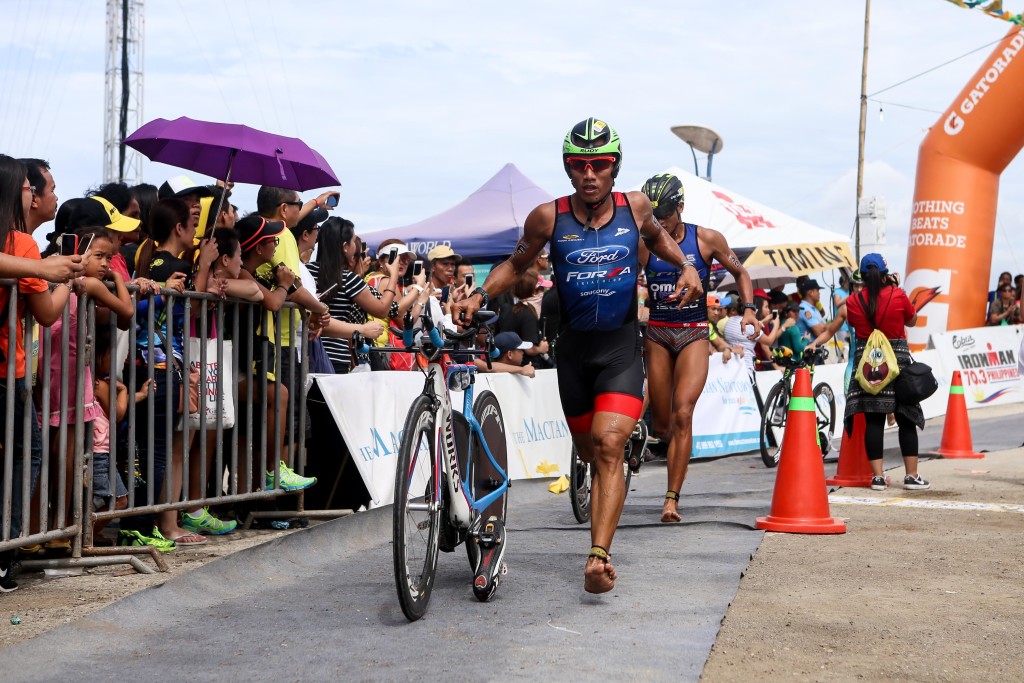 Nevertheless, the mercurial weather didn’t stop the rest of Ford Forza from having great races. Glenn Gonzalez ranked fourth in the 45-49 age group with a time of 5:13:23; Jomer Lim ranked 19th in the 35-39 age group with a similar time of 5:13:47. Meanwhile, fellow Filipino Elite Joseph Miller finished fifth in his division with the fastest bike split. 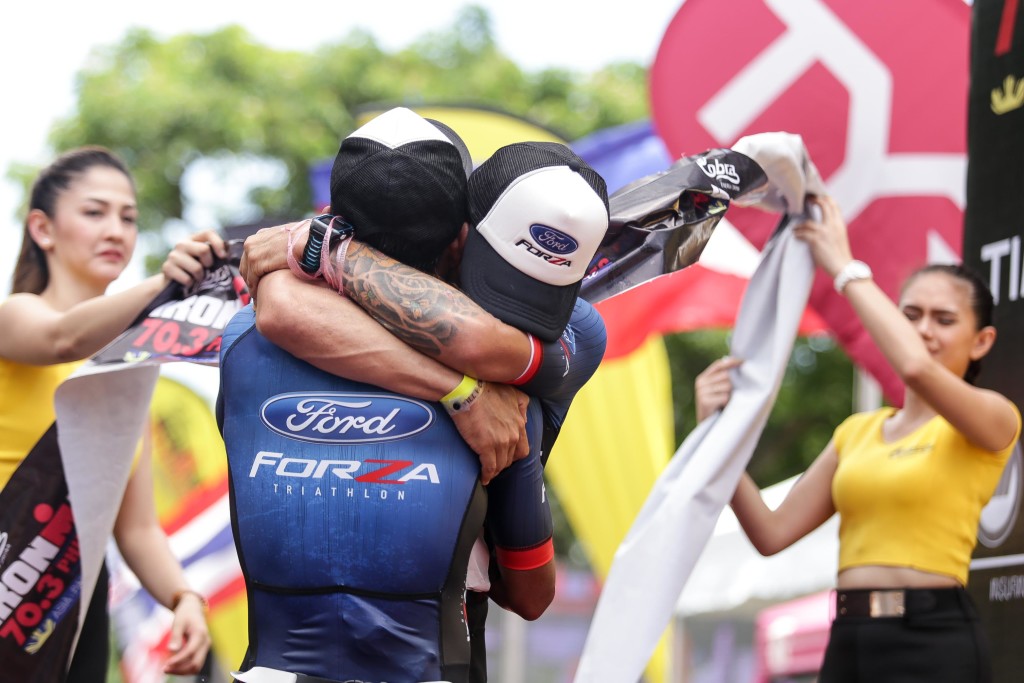 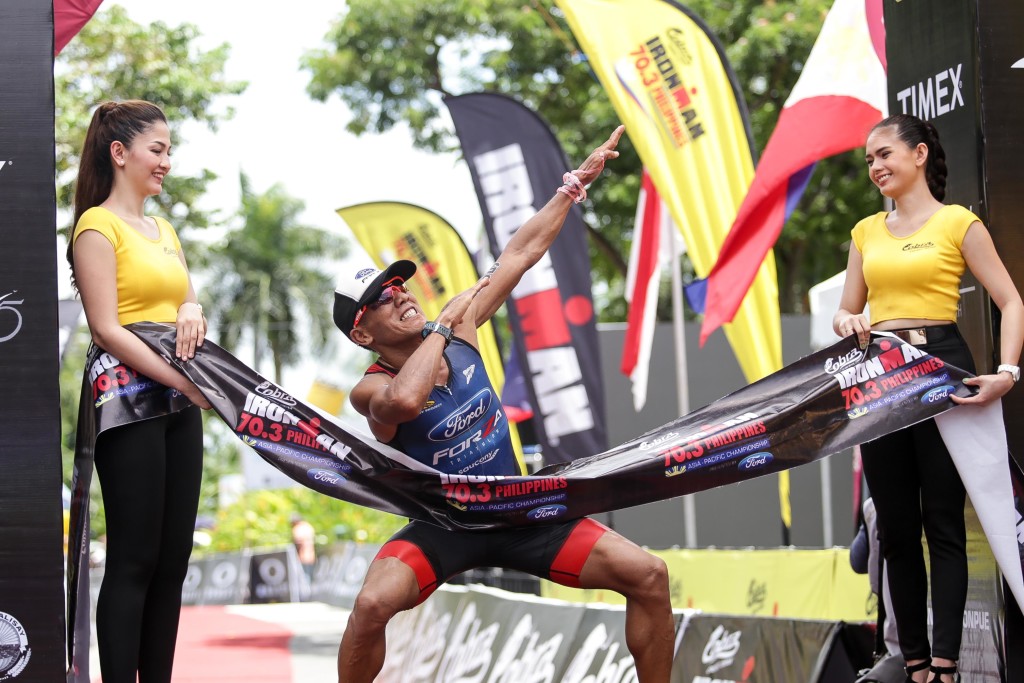 This year’s strong showings just prove that slowly but steadily, Team Ford Forza is becoming a force to be reckoned with in the local triathlon scene. Being known to be Built Ford Tough with the skills to go further than ever before, even in the face of obstacles and setbacks, will be what gets them to prominence in Philippine triathlon. With achievements like these in this year’s Cobra Ironman 70.3 Asia Pacific Championship Presented by Ford, we can’t wait to see what they bring to the table next year, and all other future events they take on.

Matteo Guidicelli is the new ambassador of Santé Barley