Call it the game plan taking into effect or an unfortunate twist of fate, or even both, but you can’t deny that Australian pro Tim Reed deserved his second straight Ironman 70.3 championship today.

It looked like the defending Cobra Ironman 70.3 champion would be giving up his throne to either Canadian Brent McMahon, who’d kept the lead during most of the race; virtual newcomer Jake Montgomery, whom they’d also traded the lead with for a time; or fellow Australian, no less than the iconic Craig “Crowie” Alexander, who’d been trailing closely behind them.

Montgomery would fall to severe cramps that would cause him to DNF. McMahon also fell to leg cramps that dropped him to eighth place, and Crowie, while still possessing the strength and speed that put him in Ironman 70.3’s elite, just could not summon the fire to overtake Reed. It’s also worth noting that Reed’s chief rival at last year’s race, fellow Aussie Tim Van Berkel, suffered a terrible crash the previous day that unfortunately prevented him from competing this year.

None of those should be taken against Reed, however, as he worked hard to earn his second straight championship in Cebu on a Sunday that saw very little rain, a lot of wind, and the sun bearing down as almost 3,000 triathletes started on the run leg. 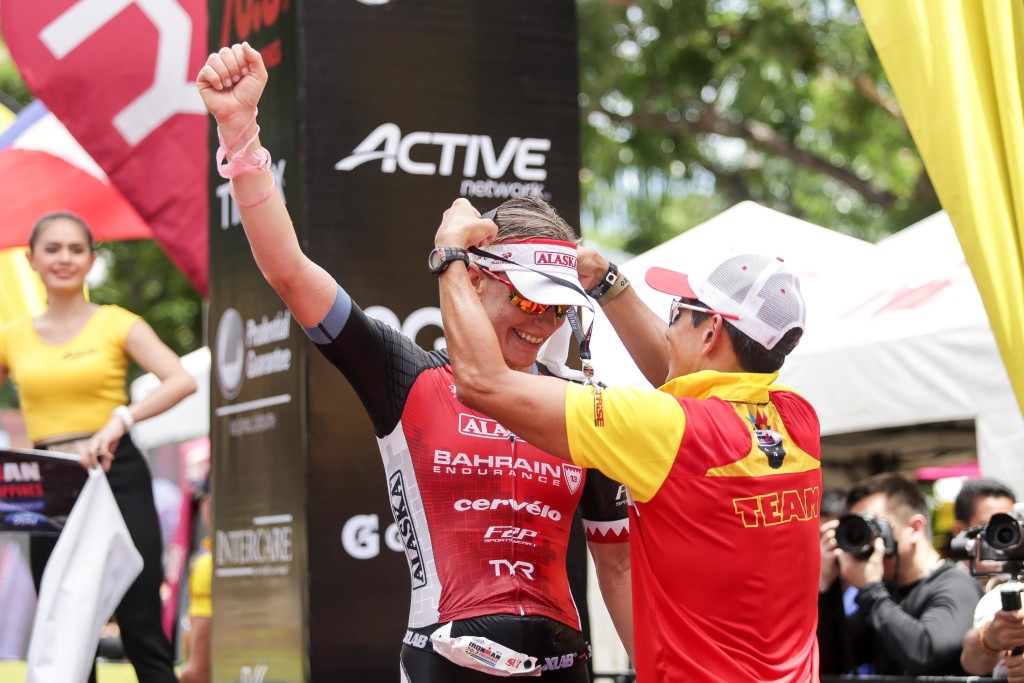 The action in their category was quite the nailbiter as Steffen spent most of the race trailing Czech Radka Vodickova, who was also a favorite to win. It was only in the latter half of the bike leg that Steffen was finally able to overtake Vodickova and put a huge lead between them—big enough for Steffen to take a necessary break at an aid station and still have enough time to come in first. 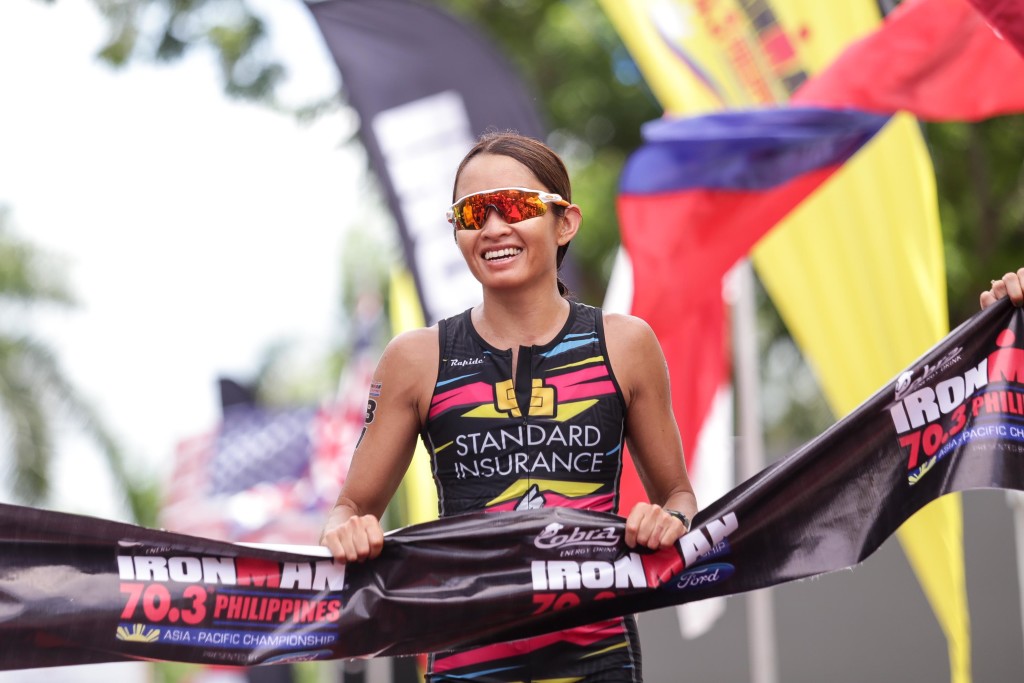 After crossing the finish line, Monica Torres shared how far she’s come since she started triathlon

Kim Kilgroe, the first Filipina pro triathlete to join the star-studded roster in Cebu, made it to the top 10 of her division with a great sub-five finish. For the Filipino Elite division, August Benedicto won the male category once again with a spectacular 4:26 finish, and former Multisport cover girl Monica Torres dominated the female category with a finish that was even better than Kilgroe’s at 4:45.