After one of the craziest final seconds in local triathlon history, Australian professional triathlete Tim Reed emerged as the biggest winner in Cebu

Reed beat fellow Aussie Tim Van Berkel, who was only a stride behind him (even though Reed stumbled on the final stretch), and defending Ironman champion Brent McMahon from Canada, who fell to third place in a scorching hot race. The race was theirs to win, with the lead switching back-and-forth between the three triathletes a few times during the race. Reed has swept the two 70.3 legs in the Philippines after winning Subic early this year. 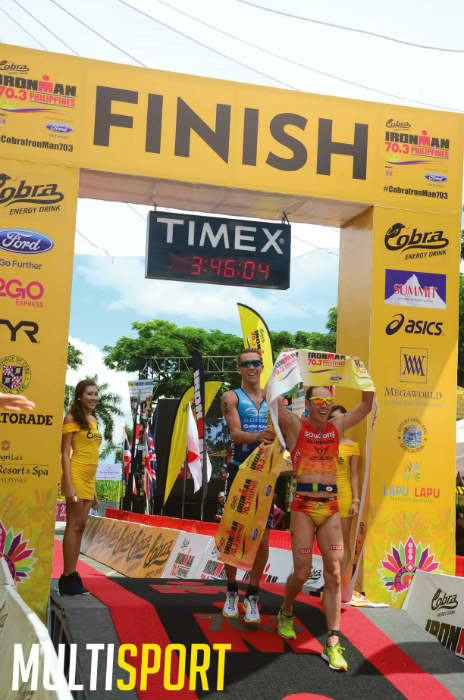 Meanwhile, one pro did get to defend a championship successfully. Caroline Steffen took home the women’s championship despite suffering a crash in the bike leg, with Beth Gerdes from the USA and Dimity Lee-Duke from Australia coming in second and third, respectively. This year’s Ironman 70.3 Philippines also marked the final triathlon for Belinda Granger who came in at fifth. 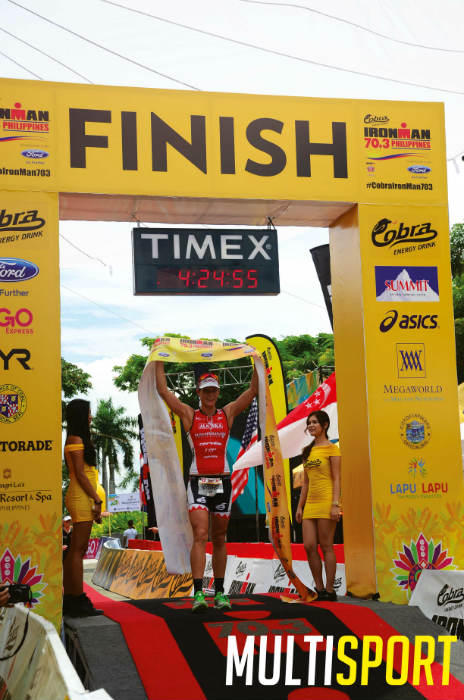 “The crowd out here is so phenomenal,” said Reed. “I was just getting such a tingling feeling throughout my whole body. Racing out there, it’s such a great environment, I don’t think I’ve had a crowd like that anywhere, so thank you to everyone for pushing us so much.”

“Tim Van Berkel is one of my best mates,” he continued. “We’ve done a lot of training together and I know in these conditions, the longer the race the goes, the better he is. I tried to get ahead early but I knew he’d be coming back at me the whole time and then when he caught me I thought, ‘I just have to wait the last 100 meters ‘cause I’ve got a bit of speed over him. It worked out.”

“It was great to have a really competitive race,” said McMahon. “I wanted to win so I made sure I was at the front. I went out at the start of the run to try and win it; I didn’t have the legs at the beginning and then I got a rhythm going but I just didn’t have the extra gear this year. The Tim boys, they had a go at me. They raced really well and had a good battle in the end.”

Meanwhile, August Benedicto celebrated his birthday with a win at the Filipino Elite category while Monica Torres topped the women’s elite. 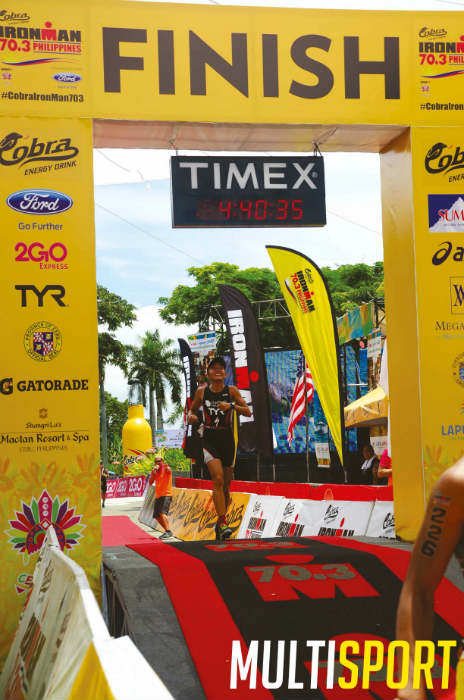