What would it take to make Manila a bike-friendly city?

Prioritizing long-distance bike trips over public transportation sounds like a good idea, but how can we make this possible?

Last year, the Philippines was tagged by the Waze Driver Satisfaction Index as the worst place to be a driver.

Biking to work may have crossed your mind as an alternative—not to mention the benefits it could give your physical health. But with the present dangers you can encounter in a car-centric city like Metro Manila, is riding your bike still a viable option? Is it possible to shift to a more pedestrian-focused city? Here are some of the major factors that should be considered if cities will be pushing for a more walkable and bike-friendly environment.

The increasing number of vehicles, bad public transit, and poor road infrastructures are some of the reasons why driving is considered terrible in Manila, but the real crux of the issue aren’t those inconveniences—it is the lack of discipline of Filipino drivers.

It seems a good idea to pedal from time to time, whether as a form of transportation or a leisure activity, but the problem in a city like Manila is that the road rules are not implemented the way they should be. If your city is lucky enough to have designated bike lanes, these are being consumed by ignorant drivers who believe that they are the dominant force in transportation. Bike riders are forced to navigate their way around tail lights and bumpers.

Whether it’s a jeepney, taxi, bus or non-professional driver, they all long for one thing: to be dominant on the road. Changing lanes from time to time, beating the red light, blocking pedestrian lanes, and parking illegally in a sidewalk. These are some of the rules being violated by many Filipino drivers. Most don’t adhere to the law not because they don’t know it, but because they just do not care. 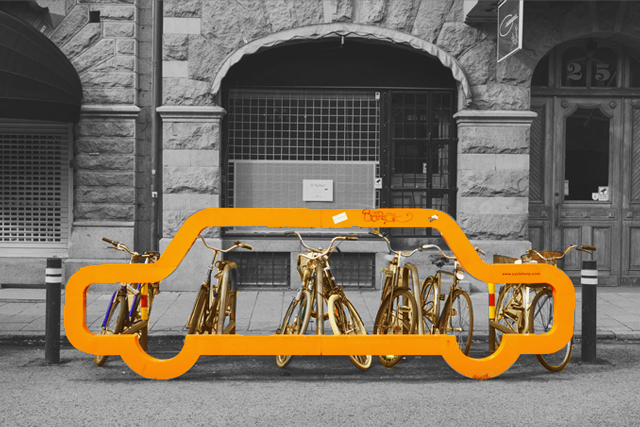 New York is one of the cities with a car-centric culture, but they’re not one of the best cities in the world for nothing—they gave their cyclists serious consideration and assurance that riding their bike is safe by providing cycle tracks across the city. Through these bike paths, cyclists are separated from the threats of vehicles. Just like in Florida, the problem with a car-centric city like ours is finding the right-of-way to accommodate bicycles. Is there a solid and reliable proof that there are more than just a handful of people who use bikes as a mode of transportation? If there isn’t, then an encompassing study is necessary because it will justify reasons to provide and fund real cycle tracks. As in some cases like Amsterdam and Copenhagen where cycling is charging ahead with projects and saddling up with developments to improve quality of life by doing away with cars and investing in cycling infrastructures and facilities.

Riding your bike shouldn’t be this inconvenient. It is every cyclist’s—and naturally every commuter and pedestrian’s—right to feel safe when they’re out in the streets. But there are important factors—discipline, infrastructure, bike ridership—that should be dealt with if we want to see a city with more people biking. But can we Filipinos really provide a solution to each of these factors? Who knows, but a change in perspective is absolutely necessary.

4 bike geometry details to look at when choosing a bike