And the arguments took on an unexpectedly political turn

Following the “embarrassing” and “disgusting” Gilas-Boomers brawl at the FIBA World Cup Asian Qualifiers, social media reactions from across the globe continue to pour in. Many have rebuked the disgraceful behavior shown by both teams, lamenting the disappointing absence of sportsmanship in a game that was meant to foster just that. The now widely infamous scuffle, which has been dubbed by basketball fans as “a sad day for Filipino basketball,” has since given rise to multiple arguments online, with opinions taking on the forms of staunch patriotism and finger-pointing. 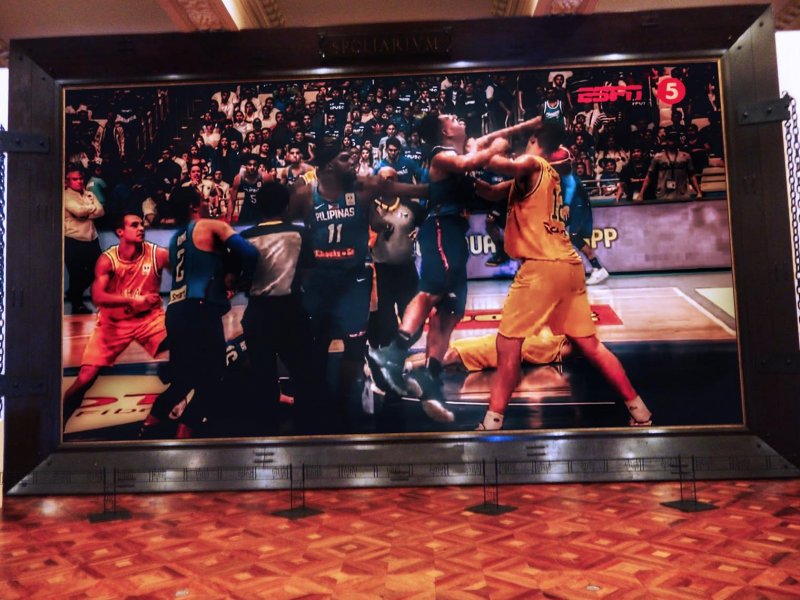 At the outset, there seems to be the question of blame to consider. Local fans have zeroed in on the issue, with quite a few expressing their support for Gilas:

Stop shaming the Gilas players. The Aussies are dirty players and they instigated this. It’s just normal for us to fight back, in a way they pushed us to do so. They removed the court decals yesterday and now this. It’s time to throw away that lame Pinoy hospitality! #FIBAWC

I am more shameful of Filipinos bashing Gilas for their behavior. It's easy to say that they should have not done this and that. I firmly believe that you'll never know 'til you get there. And you'll never know when you don't have that all-in passion for Pinoy Basketball #FIBAWC

Even if your opponents are bigger, stronger, better equipped, if they are bullying you in in your own land you have to fight back. https://t.co/qUZJAn7eLL

But as a number of people have pointed out, at the root of this support is toxic masculinity and a false sense of nationalism:

The stereotypical Filipino macho is a "siga" who performs physical violence to assert his masculinity. The prevalence of this macho culture is the reason why fans are applauding Gilas' brawl. This machismo populism is also the reason why leaders like Duterte is being celebrated.

In basketball it happens. Part of the game? Maybe. But however you look at it, it's humiliating and embarrassing. Not to mention, we're the host country. Gilas is one of those teams well respected in basketball & FIBA. We're better than this. Won't help our cause in the long run.

Gilas exposed the worst of us: undisciplined, cowardly, pikon, irresponsible. And on the world stage no less. #FIBAWC

Dissenting opinions have also called for the disavowal of the relevance of blame, pointing out that it’s not really so much the question of “who started it,” as it is the fact that what happened was disgraceful and unfortunate:

Tough situation. Always two sides to a story. There will be valid points from both camps. Both teams stood up for their teammates. The bottom line is, it’s bad for the sport. Hope we don’t get punished by FIBA and still get to host in 2023

Our basketball team have been involved in a DISGRACEFUL brawl which resulted in 13 players kicked out of the game.
First the cricket scandal, now this. Do Australians no longer value sportsmanship? #9Today pic.twitter.com/tE6xrO9zL8

Some people also brought up the necessity of putting things into context:

Just to put this into context, being a player of coach for so many years, he always uses this term when he feels his team is not matching the opponents’ physicality. That’s all. It is not a direct order to hit in a dirty way. https://t.co/iAnsMAMxO5

If I may offer insight on the selfie, as someone in the audience, players weren’t the only ones agitated, crowd was too. The selfie worked as an ice breaker and lightened the tension. That’s what it seemed like, at least.

Pingris made the team to take a selfie just to calm things down and lighten up the mood. If majority of the Filipinos will straight up blame Gilas, I really now understand why Filipinos protect foreigners so much that they choose them over our kababayans

In our defense, I think he was just trying to ease tensions and lighten things up. #FilipinoHumor https://t.co/SsZePxKPY6

Again, the question of nationalism seemed to be at the fore of all these arguments, and so perhaps it wasn’t so odd that the discussion took on a political turn. A new wave of online spate started on the account Professional Heckler who likened the basket-brawl to a certain national issue:

While there were a few who poked fun at the sentiment, some were quick to express dissent:

How to maintain peak physical fitness during a pandemic

Be careful who you take fitness advice from