For two-time NBA champ Kevin Durant, it’s all about having that winning mentality and making smart career moves

Photos by Javier Lobregat and courtesy of PR

When Kevin Durant said things kind of changed for the Golden State Warriors in early July, the two-time MVP was grinning—a sign that he was probably pertaining to LeBron James’ career shift to the Los Angeles Lakers and the Warriors spoiling it by adding another superstar in DeMarcus Cousins.

Durant, who is still being heavily condemned for his infamous decision to leave Oklahoma City Thunder to join the Warriors in 2016, gave his approval on NBA stars who put winning above their career goals.

“I think it’s amazing that players are starting to take control of their careers, prioritizing winning is what basketball has always been all about,” Durant said. 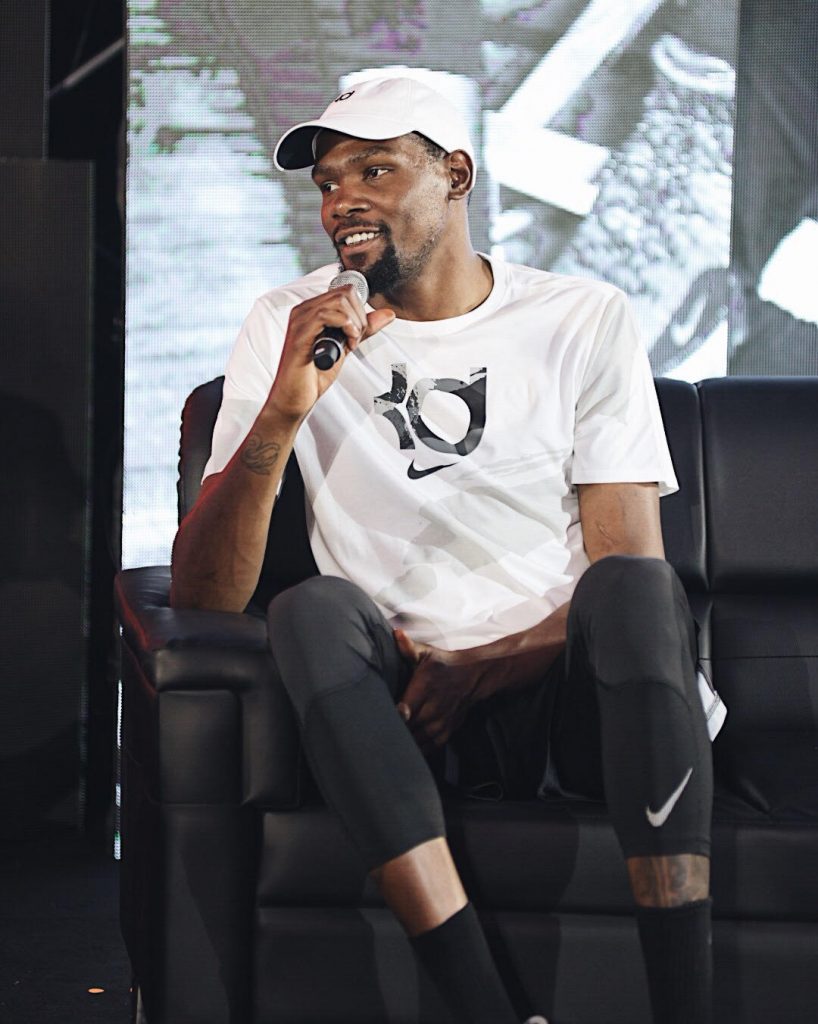 Even if the main purpose of stars joining forces together is to dethrone the almost invincible Warriors, Durant seemed unbothered and was, in fact, loving what’s going on in the league right now.

“That’s why we all started to play, because we want to win and have some fun out there. I love what’s going on right now,” he said.

Three-time champion LeBron James was one of the big-time players who made a prominent career jump, parting ways with his hometown team Cleveland Cavaliers for the second time around to don a Lakers uniform. The Houston Rockets also retained veteran Chris Paul for the next four years after proving to be an efficient duo for MVP James Harden.

“It’s a great time to be a basketball player, not just in the NBA, but as a grassroots player. There’s so much energy around the game and it’s the best place it’s ever been in

Other stars who joined the process of creating a roster built to destroy the back-to-back champions—if not, at least to be a playoff contender—are Paul George, who will still be rocking a Thunder jersey after surprisingly re-signing a multi-year contract with the franchise; DeAndre Jordan who will provide intensity to the rebuilding Dallas Mavericks; and of course, Cousins who will further boost both ends for the Warriors.

With all these movements, Durant couldn’t be more pleased with the improved competition that will make everyone want to grind harder.

“It’s a great time to be a basketball player, not just in the NBA, but as a grassroots player. There’s so much energy around the game and it’s the best place it’s ever been in,” Durant said.

The deadly scorer has gone a long way since joining the Warriors—winning two titles and two MVPs—something not all NBA players get to accomplish throughout their career. Durant, who’s aiming to deliver a three-peat at The Bay, shared he still thinks he’s part of a movie due to all the feats he had accomplished the past years.

“So many different emotions going through this journey. I’m just grateful that I’ve gotten to do so much with the game of basketball and it is there to change my life forever, it’s just been amazing,” said Durant.