And they’re all looking to book a trip to Nice, France for the world championship

By Catherine Orda and Klyde Manansala | Photos by Javier Lobregat

“Without a doubt, this is the absolute best cast of pros we have ever had,” Sunrise events founder Fred Uytengsu said during the Meet the Pros press conference at Shangri-La Mactan in Cebu.

For the seventh year running, Cebu is again hosting one of the biggest sporting events in the country with around 2,700 athletes from 52 countries vying to conquer the Asia-Pacific Championship and secure one of 50 guaranteed spots at next year’s Ironman World Championships in Nice, France.

“When we held our first race 10 years ago in Camarines Sur, we’ve had about 500 triathletes, there’s no way that I thought we’d be hosting the second Asia-Pacific Championship here in Cebu—and it coincides with Ironman’s 40th anniversary as well,” Uytengsu added. 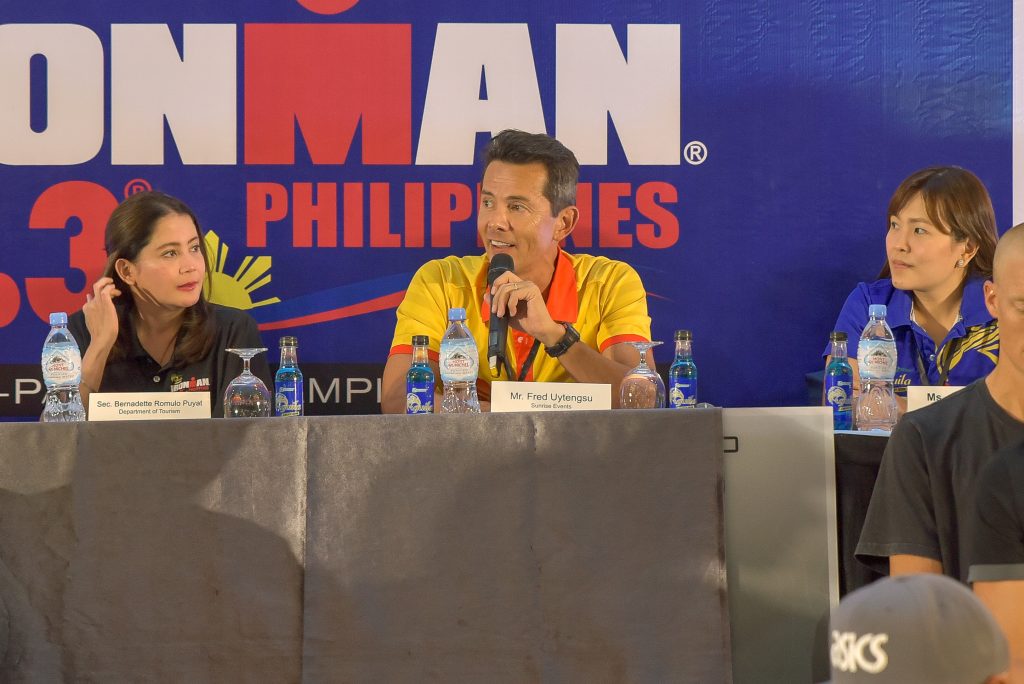 Also present at the ceremony was newly appointed secretary of the Department of Tourism Berna Romulo-Puyat who acknowledged the importance of sports tourism in the Philippines. “We would love to have you visit us more often. More and more people from across the globe are arriving to discover the wonders of the Philippines. Now on its 10th year, the Philippines has been regarded as the crown jewel of Asia in the world of Ironman.”

The addition of legendary triathlete Craig “Crowie” Alexander to the stacked lineup of course has not gone unnoticed. Asked about how he’ll fare in the upcoming race given, the veteran resorted to professing his sheer passion for the sport:

“I’m just glad that I’m not the oldest and crankiest that’s running. I just love the sport… but yeah, age matters a little bit. But it’s a great sport, and I’ll hang around as long as I can. I’ll keep on showing up,” Alexander said. 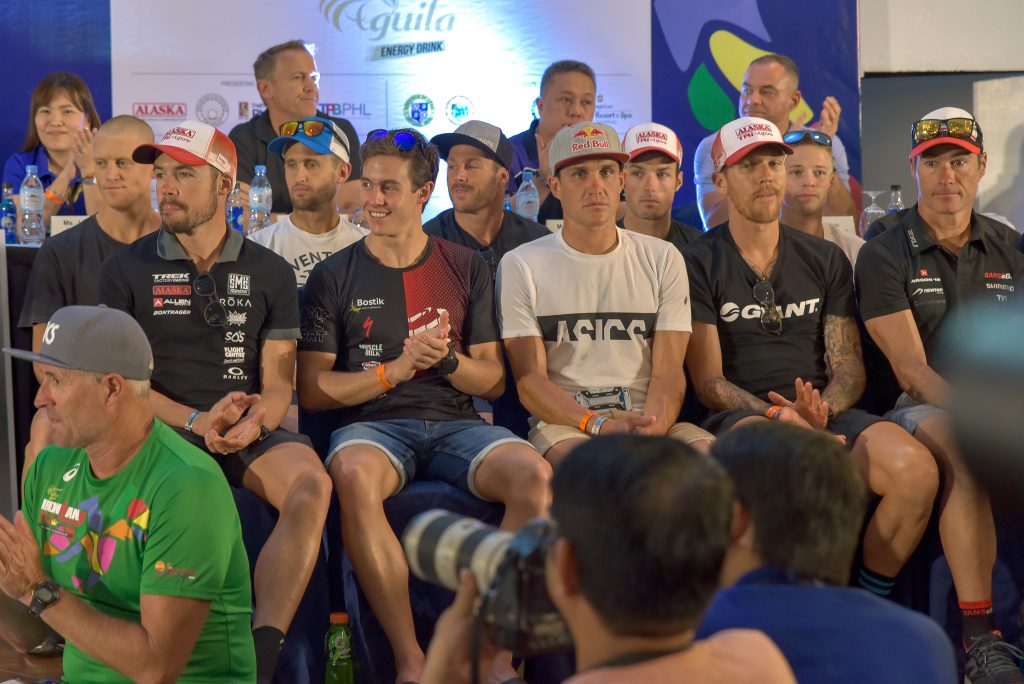 Headlining the race is last year’s champion Tim Reed, who has become something of a fixture in Cebu. The three-time Ironman 70.3 Philippines champion attested to the caliber of the upcoming race, pointing to some of the race’s challenges and also to the importance of a well-considered strategy when racing among exceptional athletes:

“The pros I’m racing with, I have a huge amount of respect for. But that also means I have to come up with a good race strategy,” said Tim Reed

“The pros I’m racing with, I have a huge amount of respect for. But that also means I have to come up with a good race strategy. I know there are always challenges at every race especially in Asia where the population is so dense, but I’ve always felt very safe here and I think the organizers have done a fantastic job,” Reed said. 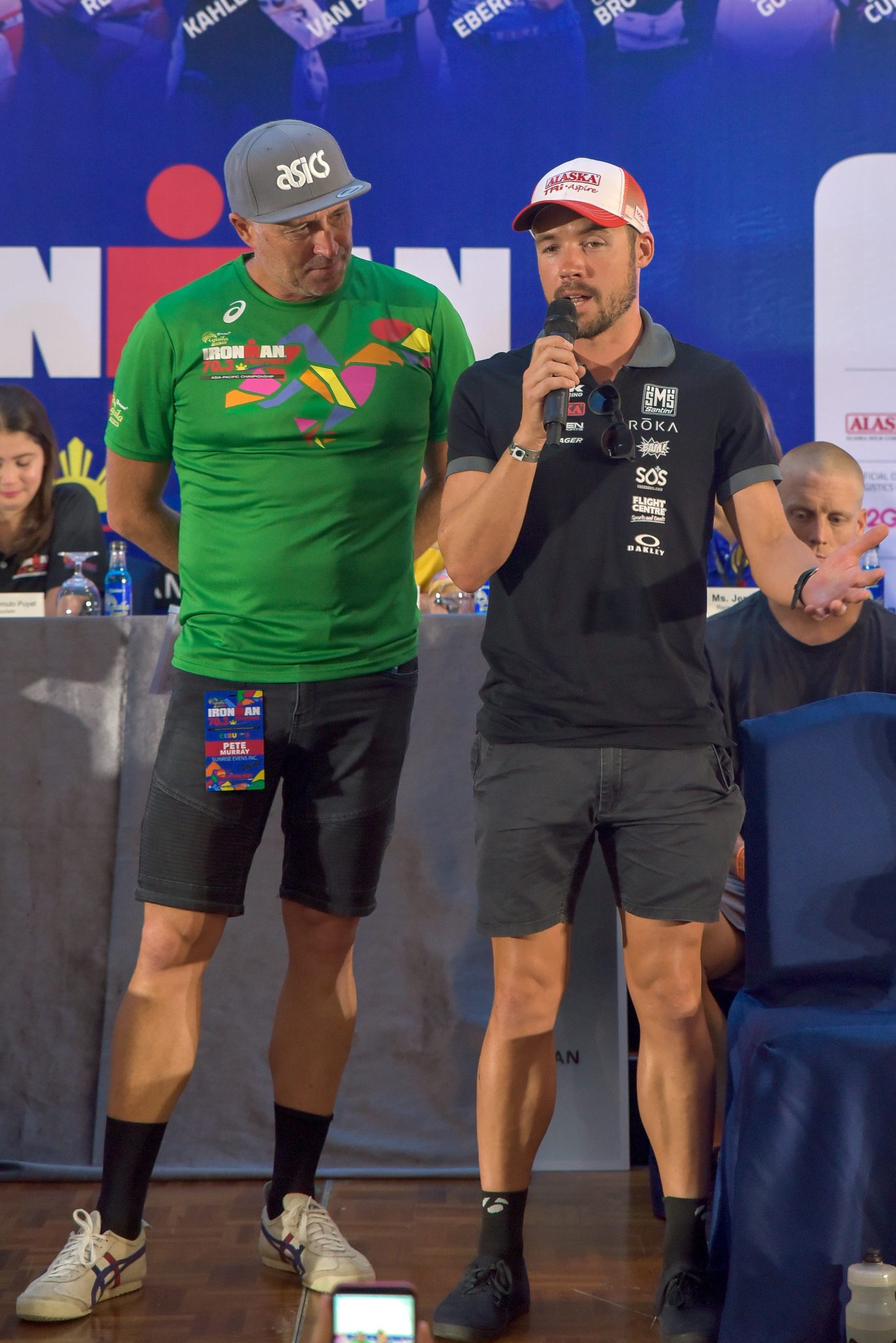 Defending champion Tim Reed is going up against one of the strongest 70.3 fields outside the world championship

Events held in Cebu have always been well-regarded for their impeccable organization and general atmosphere. Two-time Ironman 70.3 champion Melissa Hauschildt, billed as one of the female pros to watch out for, expressed excitement over the legendary race site: “I’ve been looking forward to race here in the Philippines. Usually at this time of the year I’m racing in the US so this a perfect opportunity to get to race here and see what it’s all about.”

Radka Kahlefeldt, the champion from last March’s Alveo Ironman Davao 70.3 is also here in Cebu to defend her title. The 33-year-old triathlete made headlines last March after winning the race since becoming a mother.

“It’s like I’m coming home because everyone wants to hug you and help you. And with Ruby [her seven-month old daughter], everyone wants to cuddle her. So it’s a really perfect place to race. So I’m pretty excited, I’m happy that there so many great athletes here. Of course it’s going to be hard for everyone but I think it’s going to be great to race with the Filipino people around.” 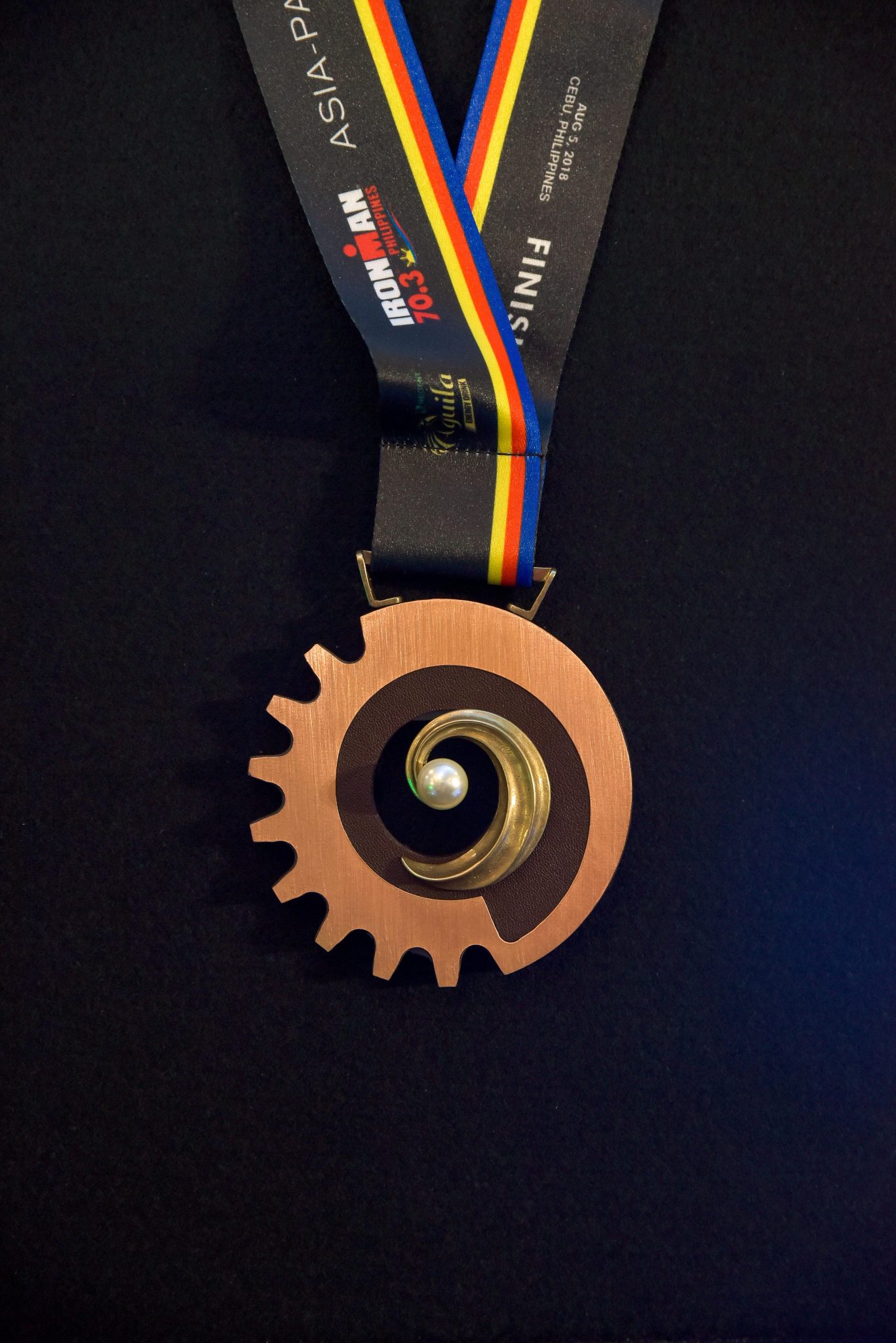 The finisher medal, called Perlas ng Silanganan, is designed by Kenneth Cobonpue. “Three different materials were used to represent the different facets of the race. There’s a pearl in the middle as it os the perfect symbol for the Filipino because the pearl has to go through this evolutionary process for it to become perfect. And it took us hundreds and hundreds of years to become who we are today. All the struggles we’ve had as a people is like the Ironman race.”