“You can’t out-exercise a bad diet, but you keep things at bay,” says the ever effervescent ‘Kikay Runner’ Noelle de Guzman

What’s your biggest achievement so far?

I always try to have at least two run workouts. A long one and then either a tempo or a speed workout. I bike three times. It’s a mixture of high-cadence work and then high-torque work, and then of course, a long ride. For swim, one endurance session. So however long the distance of the race I’m targeting, I have to go a little bit more than that. A speed session and some strength work with paddles.

Other than that, do you do any other things?

I do hot yoga twice a week.

How does that help your triathlon? 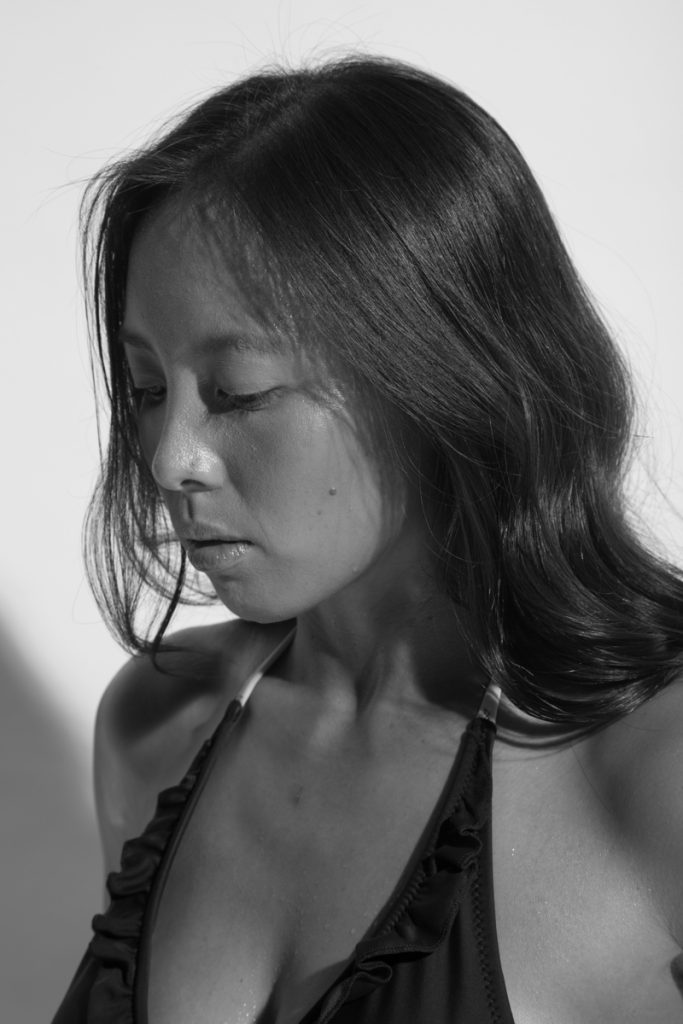 What’s your training mileage every week?

This varies. I prefer to think of it in hours than in kilometers. You only have a limited number of hours that are free for your training every week anyway. I haven’t broken it down in a while. Currently it’s much lower, but when I was training for Roth it was usually about four to five hours for running and swimming. For the bike, eight hours.

What’s your basis for the variations?

I actually think about the race. I go back a few weeks. I’m supposed to hit this many hours before the race, and then I just work backwards from there. I might do a little bit of one peak here, drop down a little, then peak again, then drop down again.

How else do you maintain your body?

Obviously you try to feed it the best you can. I don’t actually follow a diet. A lot of people say, ‘Oh, I have this or that diet,’ but I’ve actually done a number of diets in the past few years because I used to struggle with weight a lot.

I used to be on the Atkins Diet, then I went a little low-carb, South Beach. But because I started doing all of this endurance work, I realized I needed to fuel a bit more on the carbs side. So I just added more carbs. So now, they say this is an agnostic diet beause you don’t really subscribe to any one thing, but you try to eat healthy, unprocessed food as much as possible. You try to eat the optimal blend for whatever you’re doing. For instance, if you’re doing a lot of training for one day, you eat a lot of carbs, then supplement that with protein for recovery. If you’re not doing a lot of training for the day, then you don’t eat that much carbs.

Is your body genetically predisposed to fitness?Did you have to make more of an effort to stay fit?

I don’t know. Somebody told me I was a mesomorph, so I tended to put on muscle but I would hold on to fat as well. I think the exercise has become more of a habit over the past few ways. I don’t naturally look this way. If I ate the same way I do now without the exercise, then obviously I would look different.

So you just worked it off?

You can’t out-exercise a bad diet, but you keep things at bay. Like I said, I struggled with my weight; a lot of people who are naturally leaner don’t struggle when they go through periods of not exercising. Back in college, I didn’t really exercise that much. Although I still walked around the campus—UP’s a big campus, but walking around didn’t fend off that one inch on my waistline after every year.

How long did it take you to figure out how to eat smart without having to subscribe to a particular diet?

I guess it comes with age. I think in 2009, that’s when I started adding carbs back. That’s when I started running. That’s what it took to help me understand the role diet played in performance. Because before, it was just going to the gym, burning off excess calories, trying to find the exercises that would make you a certain way. It was all about the look.

When I started getting into sports, you can look super fit but that doesn’t mean you can perform. And I’m still learning as I go. There was this time at the end of last year when I was trying to get really ripped, and my performance suffered across swim, bike, and run. So eating or exercising to look a certain way doesn’t really translate into performance.

Of course, eating out, you would have to start picking places you would go, but I didn’t actually get to the extent where I’d pack my meals. I’ve read about female bodybuilders who’d really have to pack meals because nothing in restaurants was up to snuff.

I’m sure you know how in triathlon there are a lot of body types represented. Do you think that that is a good influence on anyone who want to get into the sport, but are kind of intimidated by thinking that they have to look or perform a certain way?

I definitely think that the wide variety [of body] types in triathlon is very inspirational. You see people who look like models, and then you see people who don’t look like models. And they all are out there on the same course, on the same day as pros, and they’re out there doing it. It just proves that it’s not all about the looks. It’s about the determination, the grit, the heart that you have. For young people, especially, I think that triathletes can be very healthy role models.

Do you think triathlon is the most equal sport in this regard? Or maybe one of them?

On the recreational side, yes because we do have age groupers participating with pros. It is one of the very few sports where we can do the same thing as the elites, regardless of how fit or unfit you are. It’s one of the most equal sports.

Triathlon just proves that it’s not all about the looks. It’s about the determination, the grit, the heart that you have. For young people, especially, I think that triathletes can be very healthy role models

There’s an idea that getting into sports and maybe looking a certain way kinda equates to vanity. Do you agree with that?

Well, I got into running because I wanted to lose weight. I wanted toned legs, I wanted a nice butt. That’s how some people start, it’s not necessarily how they will stay in it. In my former life as a group exercise instructor, we were told that some people will get into things just because of how it will make them look. But then it takes a long time to look a certain way from exercise; it will take a shorter time for you to feel the benefits. So if their focus is external, then they’re more likely to quit. So the focus must be internal: how it makes them feel, what kind of achievements they feel they’ve accomplished.

So it’s safe to say that that’s how you believe now.

Yeah. Whether it’s about performance, finishing, and feeling good about yourself, I certainly think that staying long in triathlon is about how it makes you feel than how it makes you look.