Why everyone should look up to this family of triathletes

How did you go about choosing the members?

Gianluca Guidicelli: I think it happened because you walk on the path of life and when you add things together, you make something happen. That’s how things start I believe by nature. That’s how we started the team. Then we looked for different sponsors. It wasn’t difficult to find good support and we were really lucky to find Ford. It is really connected with what the team is about. We are fresh and young; we try to have a lifestyle that build on the toughness of the sport. It’s a good fit with Ford and they perceived it too.

You also have an advocacy.

Matteo Guidicelli: When we started this team, I told my sister and dad that I want to put my advocacy on this team and support Filipino athletes who love this sport who don’t have the financial capability to race. We’ll give them everything to race, a free ride for the whole year but they also have to perform and represent our team well. We got guys that have a nice story like Elmo Clarabal who’s a jeepney driver before. In Cebu, he used to coach people; during the day he used to train then at night he used to drive his jeepney from 7pm to 11pm. We gave him this opportunity to move to Manila and now he’s here. 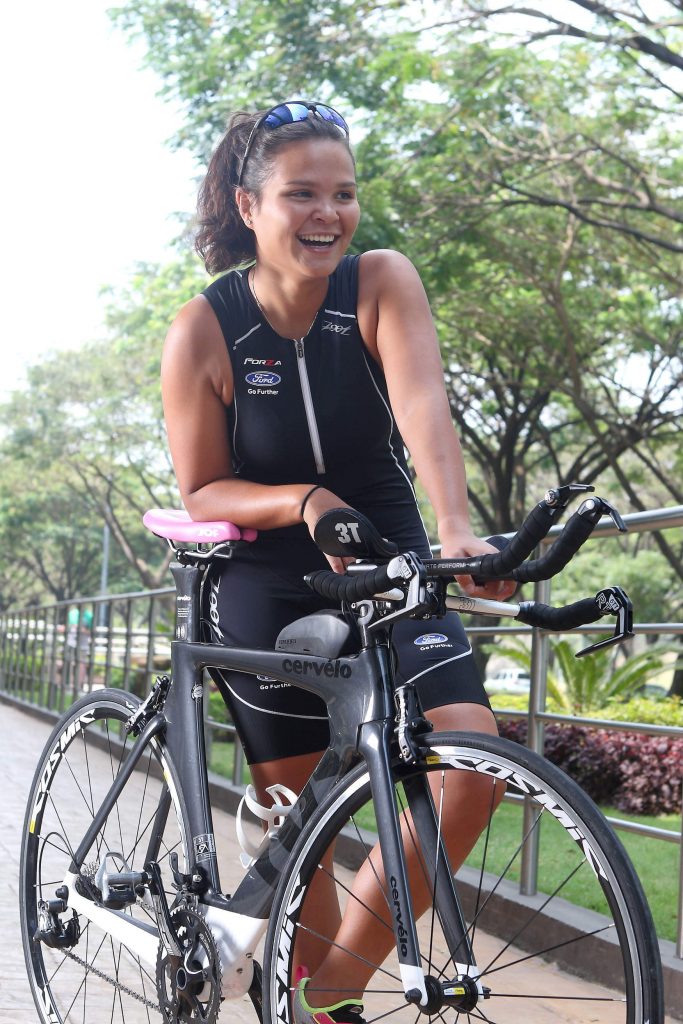 Have you competed in many races as a team yet?

Gianluca: We just did our introductory race in Subic [Century Tuna Ironman 70.3] and not everybody joined the individual category; some joined the relay and this shows that all of our athletes aren’t really full athletes because we are professionals in life and we do this as a lifestyle. We want to be healthy, change our lives, and promote and influence other people in changing their lives.

How does training with and competing with a team benefit you personally and as a triathlete?

Claudia Tagle: I think that training with a team is so much better than training alone because you have other people to push you. You train a little bit harder with other people.

Giorgia Guidicelli: That’s true and you guys have almost the same goals. Like we all have the same season and we achieve these goals together. If one person kind of falls down in training, we push them and we just expect the same from each other.

Gianluca: I always say that the competition and races are the icings on the cake. The nicest part is the training because that’s what you live for every day. You share with the team this moment of training that’s balanced with life. Training is considering ourselves to be healthy and fit. 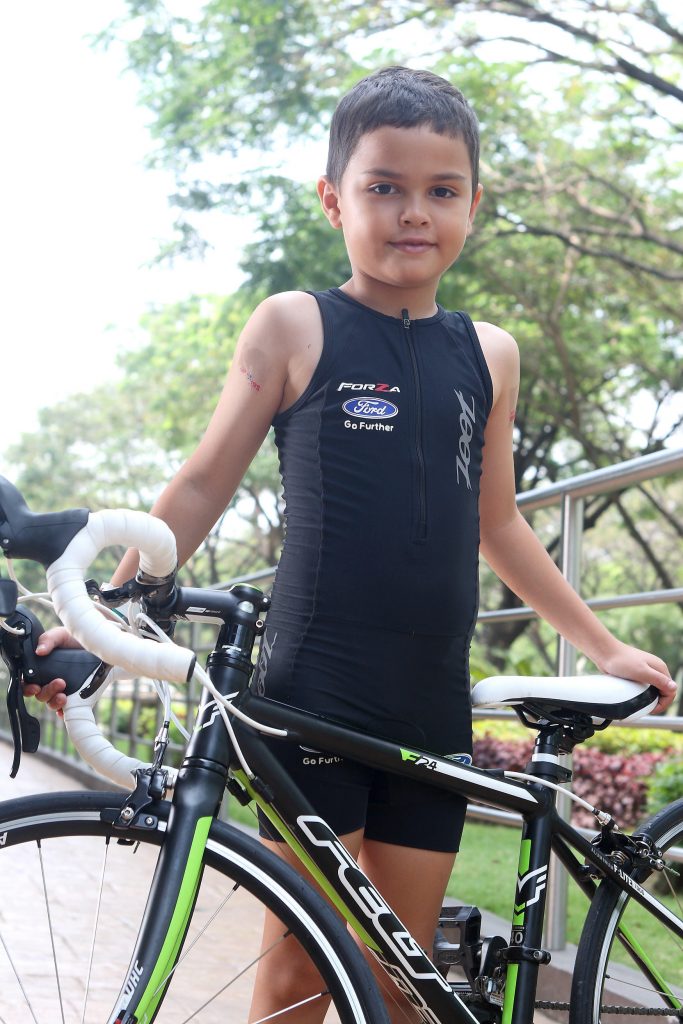 Elmo Clarabal: Masaya to be with the team. Aside from that, nagtutulungan kami sa training. Tinutulungan ko rin sila sa training nila.

Matteo: We’re not professionals here, this is not what we do for a living. The team is like a club or a big barkada where we inspire each other to push harder. Hopefully after we inspire each other, we inspire other people outside the team. But the point of the team is a group of friends coming together and sharing the same passion for triathlon, and having fun, ‘yun yung pinakaimportante. 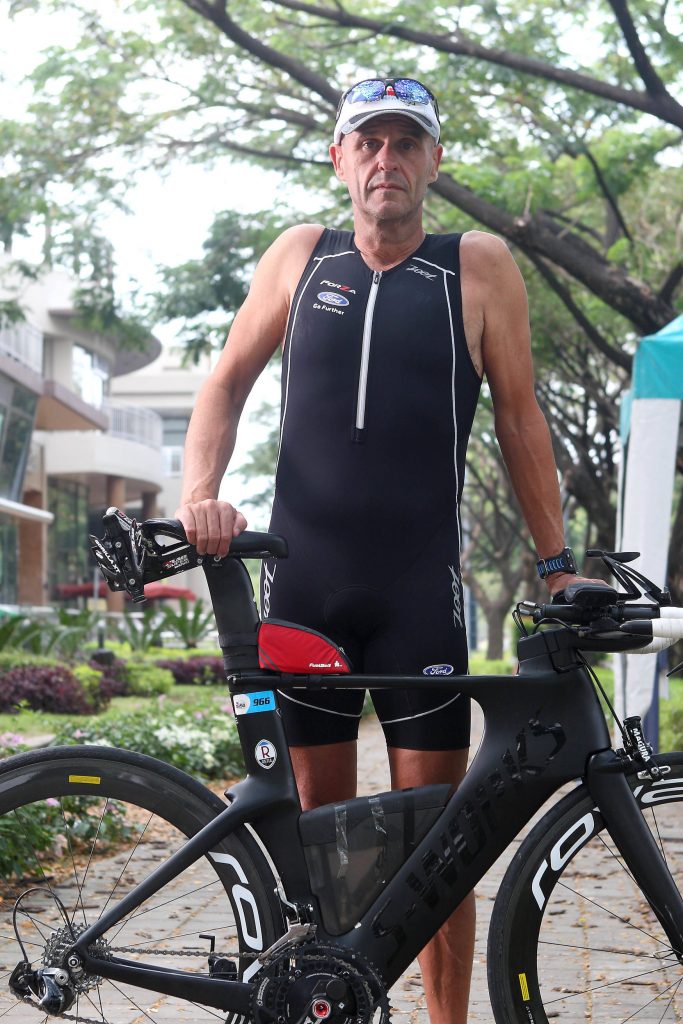 What does it mean for you to be part of this team?

Claudia: Being part of this team is like having your own tri family. It’s just a lot more fun being together as a team and achieving our goals together.

Matteo: First of all, we try to look big but we don’t look big right away. Let’s concentrate first on our small group and try to inspire each other and hopefully when we can, we can inspire the rest. Partnering with Ford was such a blessing because they have the same mission as us. 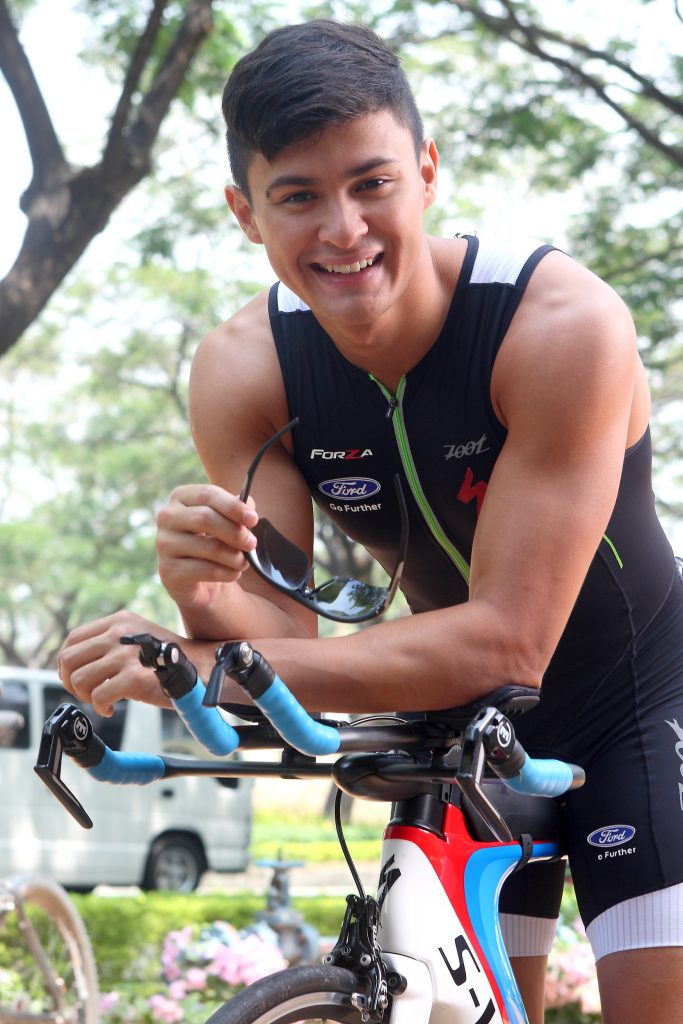 What are your goals for the rest of the year?

Gianluca: The goal is to establish the team, make it tough and strong, and make it a solid permanent team in the triathlon community. That’s my first goal. It might take more than a year though but we’re ready to have fun with it.

What else do you hope to achieve?

Matteo: There are many races we want to compete in. Those are personal goals but we don’t want to forget that this is not our full-time job. We can’t dedicate everything to it even if we want to. We have to be realistic with ourselves that’s why I always remind my dad and sister, just do what you can.

Giorgia: Inspire people to live a healthy lifestyle. We’re not a professional team but I feel like we’re a very well-rounded team as it is and it would be great if people saw it that way and not… Team Ford Forza on for the win! We just like the healthy lifestyle and inspire people.