The secret to overcoming the CrossFit challenge, according to an expert

Hint: it’s all in the first two weeks

Although only 20 and currently awaiting to graduate from De La Salle University, future marketing professional Miggy Reyes has a compelling call to action with his desire to open Habitat, his own CrossFit gym set to rise in Alabang.

“It’s really nice to see so many gyms popping up,” he says. “I don’t see them as competitors because we all want to get more people fitter.” His journey into CrossFit (started in January 2015) was presaged by heartache in which the only goal at the time was to find a distraction. It’s a significant departure for Reyes who once dreamed of playing for the Green Archers but CrossFit was the logical next step.

Balancing has been a recurring theme throughout his university life, and CrossFit marries many different aspects of fitness that play well into Reyes’ strengths. Whereas he gave it his best shot to find his footing in college basketball, Reyes hit it big in the box, competing at the 2015 Manila Throwdown only two or three months into the sport. Now, he’s more interested in making fitness more accessible and desirable again, even if there was still some hesitation on his part. But if these photos are any indication, Reyes is certainly making his intention clear these days. 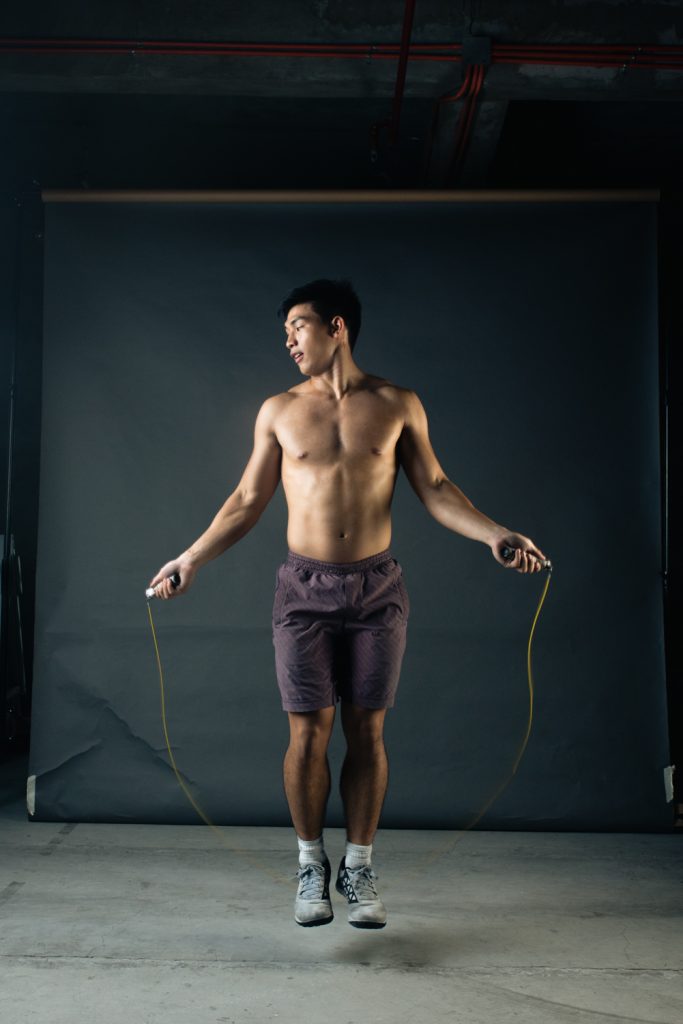 How did you get into CrossFit?

I had a heartbreak and I was very sad then I wanted to find something else to do so I started going to the gym for a few months. Progress happened but I didn’t like to go to the gym every day, I didn’t find the point of trying to build muscle. Then I stumbled upon CrossFit because a friend suggested it. I watched Youtube videos and got really interested. After the first day, I got immediately hooked because of the people and the program that I was doing.

Between CrossFit training, studying, and establishing your own gym, would you say one is more difficult than the other?

I never found CrossFit difficult to balance. If you have something you want to pursue, it will become a priority. I really made sure that CrossFit and my school was balanced but of course something had to give in, like my social life. But balancing was very easy for me. I’ve probably had four hours less sleep a day but I took that sacrifice.

What’s the biggest misconception about CrossFit?

There are three I can point out. One is that you get injured doing CrossFit. Two is that it’s only for people who are fit enough. Three is that CrossFit only focuses on lifting. In CrossFit, it doesn’t get you injured, doing wrong movements or something that is technically wrong can get you injured. You get injured more playing football or basketball. CrossFit helps you get stronger and better. It’s supposed to help you regain mobility and strength. I personally know 86-year-olds getting stronger doing CrossFit. 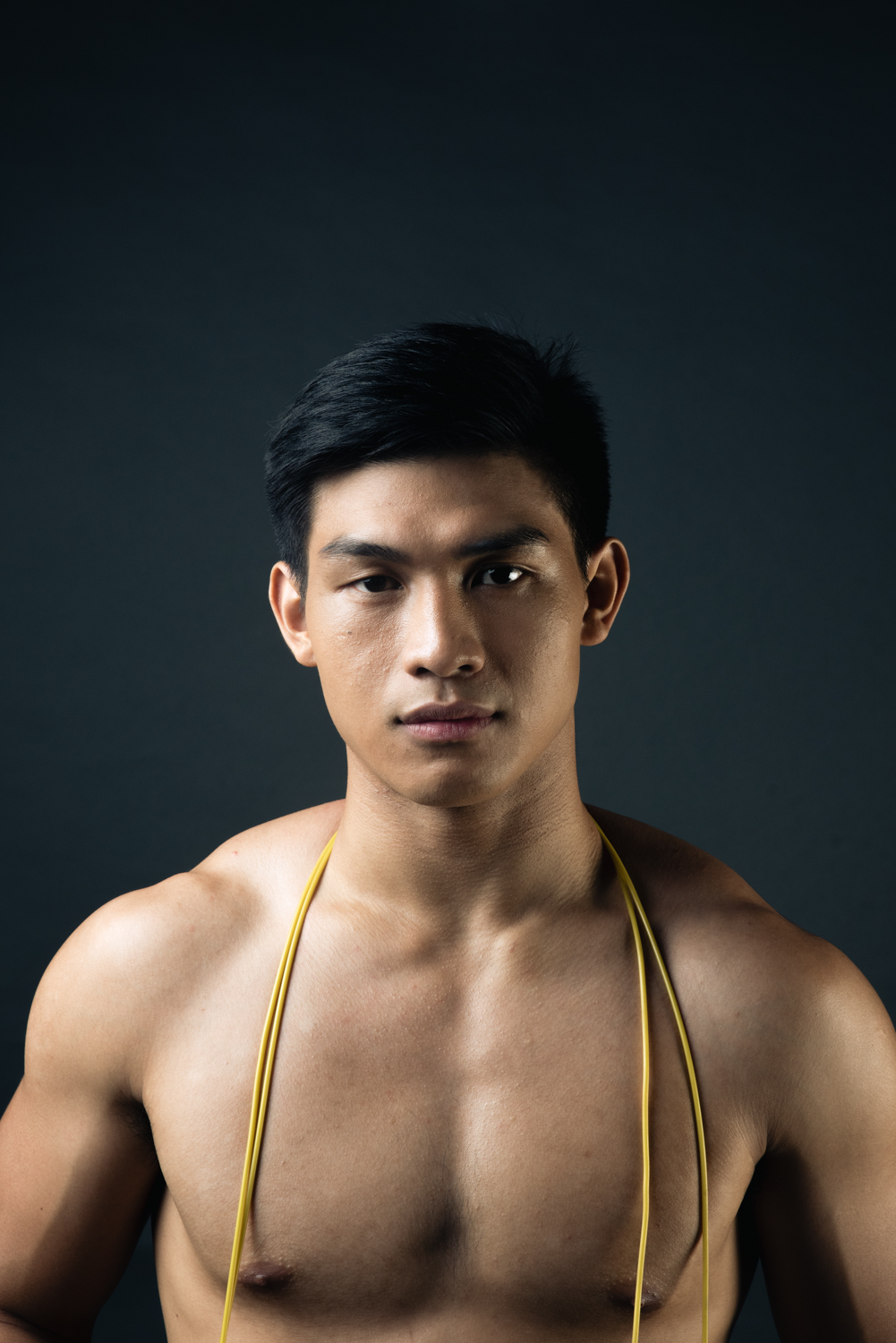 Second, I started CrossFit fit and I can say that no matter how you start, it’s always going to hurt. I suggest trying it when you’re not fit because you can really see the progress. When I first started I was very mayabang because I came from the gym and then I was supposed to do this deadlift workout, I couldn’t even pull up the weight that was light back then. But I can see someone else doing deadlift weights 30 or 40 pounds more! You can also see people who are 20 years older than you beating you at workouts.

So in a sense, the box is a great equalizer.

Yes, that’s the beauty of the classes. From five to 80 years old, everyone can join a class. It’s not about the ability of someone. It’s the degree of fitness everybody has.

Does taking care of yourself equate to vanity?

If you could give somebody starting in CrossFit some advice, what would it be? 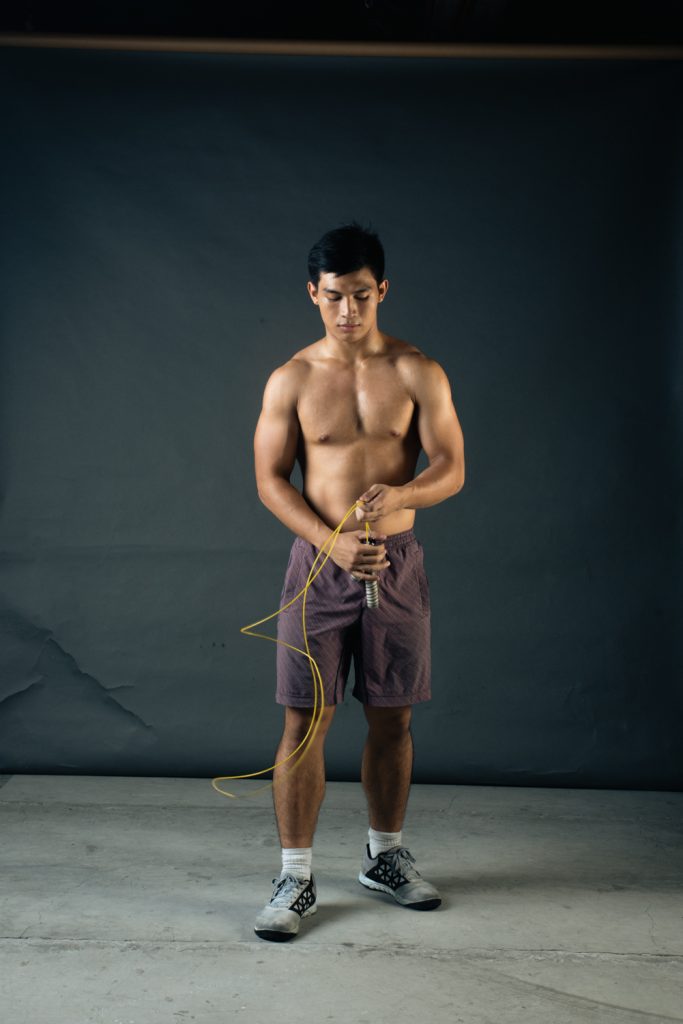 Focus on nutrition. You don’t have to follow a strict diet. If you change your diet too quickly, you’ll feel weird and make you want to not try CrossFit. Second, talk to your coach. The coach is there to answer all your questions and that’s how you make progress. You can learn a lot. Third, find information; research the CrossFit methodologies and definitions.

What do you do when you’ve had a shitty workout?

I’ll feel bad if I didn’t give it my all. Probably in the next workout I’ll just find another way to transfer it all. I’ll have a hard time sleeping but you can’t feel bad about it because the next workout is going to come anyway. And the thing with CrossFit is it always tries to find your weakness so no matter what, you’re going to feel bad about something. It’s about how hard do you want to train your strength and weakness. What you want to do is make your strength even stronger and your weakness something that’s kind of a strength.