When I was browsing through local fitness studios and instructors on the internet, I’d be first to admit that Butts Solinap’s profile caught my attention right away—and for the weirdest reason.

It wasn’t his Instagram feed filled with inspiring fitness-related clips that caught my eye (his account was private, after all) but it was because of his name. At that time, I also needed insights on the local fitness industry for Pride month stories I was working on. So, being the curious person that I am, I messaged Butts on Instagram.

“Yes, call me Butts,” was his response when I asked him if it was his real name.

The 35-year-old was accommodating in sharing his experiences and insights in the local fitness community. I appreciated the knowledge he provided me about gender discrimination and stereotypes but more than that, I was also in awe at hearing his story on why the fitness industry was the main reason he stayed in Manila when he had the choice to leave.

“I was born here and moved to Australia when I was four for school,” says Solinap. The Electric Studio and Bare Manila instructor grew up in Sydney along with four of his siblings. He and his family flew out of the Philippines in 1989, after the Ferdinand Marcos era to settle in a safer environment.

But eventually, the father of two returned to Manila in 2013 and decided to stay because of the love he received and gives to the fitness community on a daily basis.

Here’s my conversation with Butts Solinap, who told me more about why he stayed in the Philippines to pursue fitness and why gender discrimination should have no place in the industry.

How did you find a fitness community here in the Philippines?

I started teaching at Electric Studio late in 2015 as this was my first endeavor in the fitness world. I am also a trainer for Bare Manila and a partner and trainer for Electric’s new rhythm boxing studio. I got into the fitness industry because of Electric Studio. It literally saved my life here in Manila as I was ready to go home to Sydney, where I’m from. In it, I found an amazing community.

What were the challenges you experienced when you returned to the Philippines?

It was difficult to adjust culturally for my work since I grew up in Sydney, and I struggled to find a community of like-minded people here. But in Electric Studio, I was able to forge life-long bonds with many people. 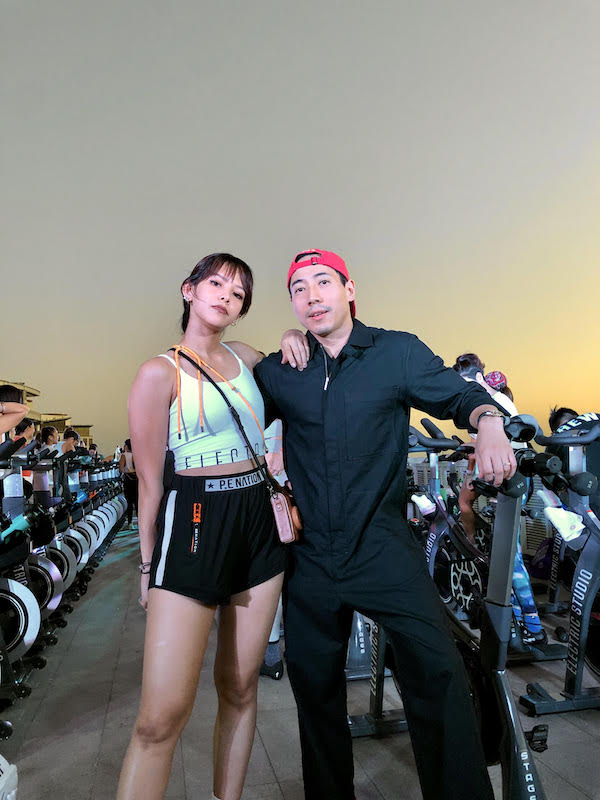 Has the fitness industry always been accepting of its audience?

Speaking of gender discrimination, does this still exist in fitness community?

I understand why people sometimes think certain sports are only for certain genders and it stops them going through the door. Some men are intimidated to try Electric or indoor cycling because they think it’s only for women, or Bare is only for blokes, but they’re for everyone—fitness knows no gender. It’s about pushing your limits and reaching your goals, no matter your gender or sexual preference.

As an instructor, how do you prevent gender discrimination in the community?

As instructors, we strive to avoid gender discrimination. What we’re doing now is creating an environment that is accepting and nurturing. We always point out that no matter what area of fitness you want to learn or thrive in, you’ll be able to reach your goals without being judged.

We work on empowering people through their workout. It’s really about acceptance and urging people to not be afraid of who they are. It’s about fostering an environment where we are all allies and where fitness is genderless.

To us, it doesn’t matter what weight you are or how you look—we focus on your goals and work out as a team. We try to create an environment where we encourage others to be their best all the time because that’s what really matters.

Can you share some advice for people who are still being discriminated against in the community?

Just be you. Learn to accept yourself first. Tune out the noise and make your fitness journey about your personal goals and nothing else. If those around you see that you’re comfortable being yourself, then they will too. It only needs to start with one person in order to make waves that can move mountains.

Paalam one win away from Philippines’ first Olympic boxing gold

‘One win away from medal’: Pacquiao delighted for compatriot Eumir Marcial