This new “Lite” shoe collection is actually an all-around heavyweight

Despite having “lite” in its name, don’t dismiss this new footwear collection from Saucony. Its Liteform release is merely called that because of the brand’s intent to introduce itself to a wider demographic.

You see, people have this perception that the American athletic shoe manufacturer is a hardcore, highly technical brand meant for serious athletes and runners. Which is true to a certain degree considering it sponsors several prominent athletes including Team Herbalife’s Omar and Laarni Paredes, ITU coach PJ Rivera, and Matteo Guidicelli and Jake Cuenca and their respective triathlon teams. At the 2016 US Olympic Marathon Trials, 13 of the top 150 finishers wore Saucony sneakers and noted “underfoot support” and “shock absorption” as two of its top qualities.

But after using a couple generations of the Kinvara, the latest being last year’s Kinvara 7, both for running short distances and everyday errands, it’s become my go-to pair whenever I need a durable pair that requires no hard thinking. So while I thoroughly enjoy my Kinvaras, this attempt to fix its “perception problem” is a great start to get more people on the starting line. 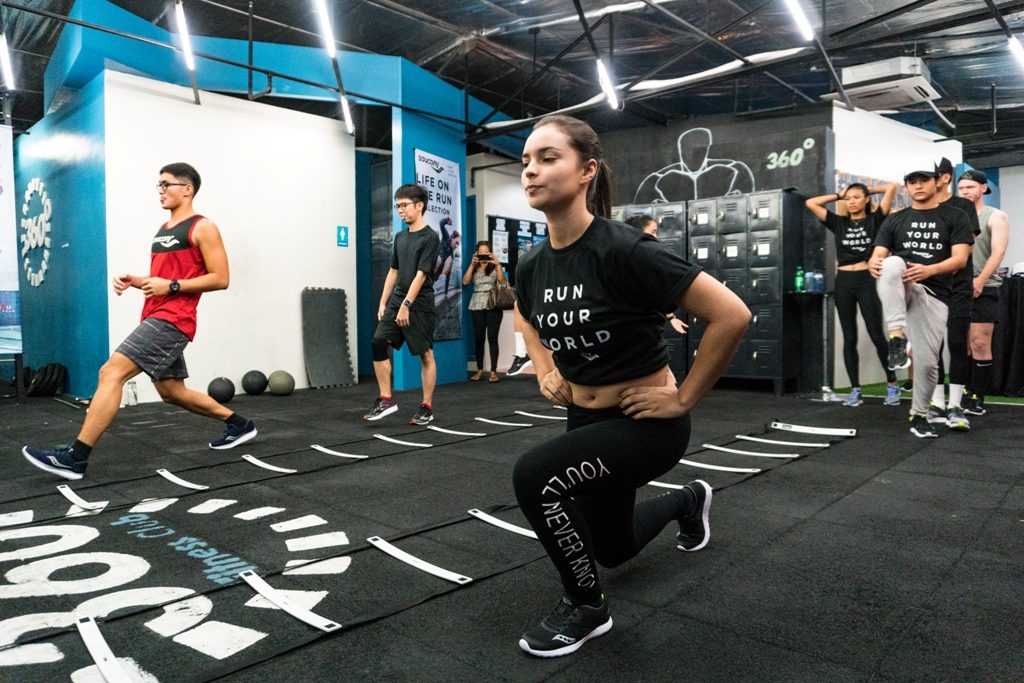 Warming up before the actual exercise class

Or in this case, inside 360 Fitness Club Makati where a number of fitness influencers and media personalities gathered for a morning of high-intensity interval training as a preview of the Saucony Fitness Tour, which opens to the public in all Saturdays of June, and the launch of their new collections—Liteform Escape, Stretch and Go, and Kineta Relay.

Aside from the great perk of seeing a diverse crowd, which is fantastic by the way because it’s a great way to take steps to address representation of body types and genders, the fitness tour was also a way to assemble with like-minded people in a space that fosters clean living.

The upper knit was breathable and kept my feet cool even while walking outside. I have to note too that the Form2U memory foam gave my foot appropriate support and cushioning since it mimics the shape of the underfoot

The 30-minute workout involved drills that tested our flexibility, bodyweight exercises that stretched our muscles, and moves that increased our heart rates to its limits. I’ve done HIIT and bodyweight classes before but this one, despite being shorter, was more intense and told me that I should do more of these classes. Sadly I didn’t wear the Kineta Relay—the pair I was reviewing—because I was still attached to my Kinvaras but I did test them out a day after and to my surprise, it felt snug and lightweight without being too tight. The upper knit was breathable and kept my feet cool even while walking outside. I have to note too that the Form2U memory foam gave my foot appropriate support and cushioning since it mimics the shape of the underfoot. Every step I took gives the feeling that it soaks up the stress and pressure. 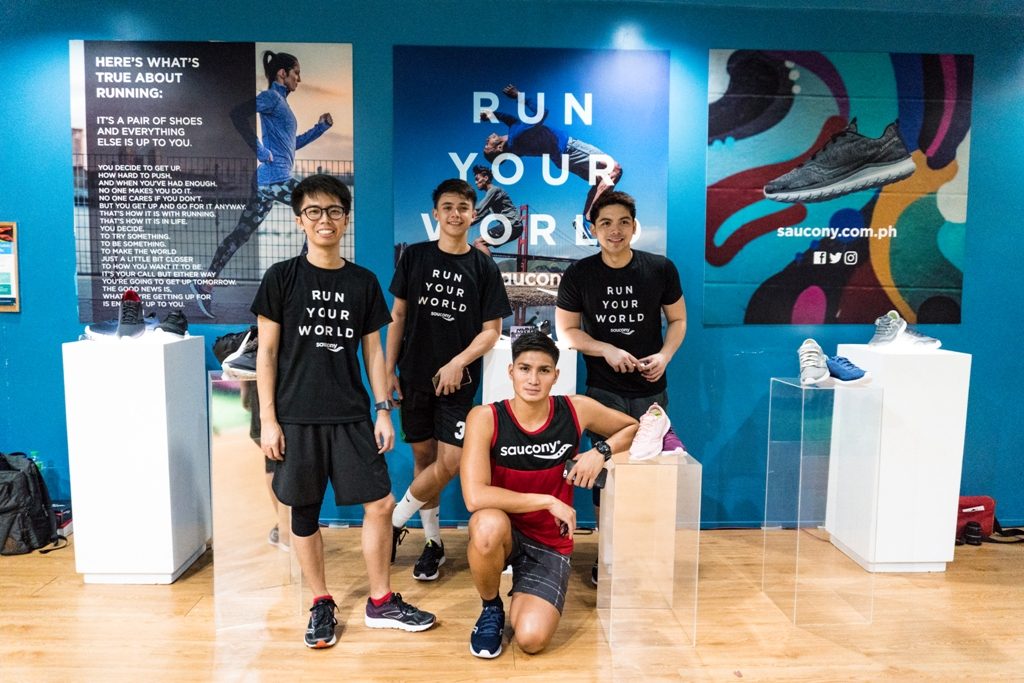 During the week or so that I’ve tried the Kineta Relay, it’s easy to see why Saucony is banking on this relatively affordable pair as a line to entice newbies or people who are starting out or someone who’s just into light workouts and need a reliable pair. The inner sleeve isn’t tough too, which makes it easy to get in and out of. So even though I’m a Kinvara believer, I’ve noticed myself using the Kineta Relay more often than I had expected. It’s a comfortable, stable pair with strong suits that anyone can appreciate anywhere really.

There’s no better time to finally tick off “ru